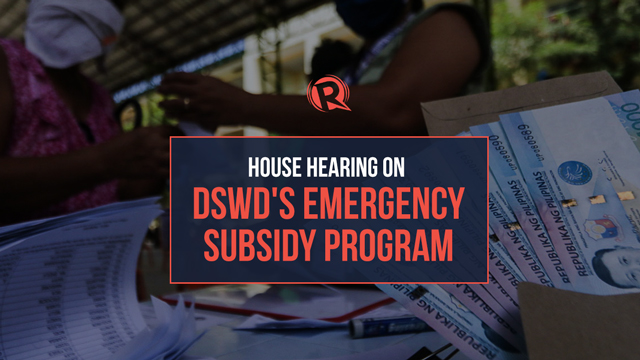 MANILA, Philippines – The House committee on good government and public accountability, with the committee on public accounts, hold an inquiry into the implementation of the emergency subsidy program of the Department of Social Welfare and Development (DSWD).

The committees are set to look into the distribution of the cash aid and the issues that surround the implementation of the program.

The inquiry comes after Speaker Alan Peter Cayetano and 9 other House leaders filed a resolution calling for an investigation into delays in the distribution of the cash aid to poor Filipino families.

DSWD began distributing the second tranche of the emergency subsidy only on June 11 or after almost a month-and-a-half delay.

It earlier released P99.8 billion to 17.6 million families as of June 3, but the DSWD said 83 local governments still have not completed payouts for the first tranche of cash aid, which was meant for the month of April.