‘Too many are sick and dying’: Supreme Court defers deciding on prisoner release 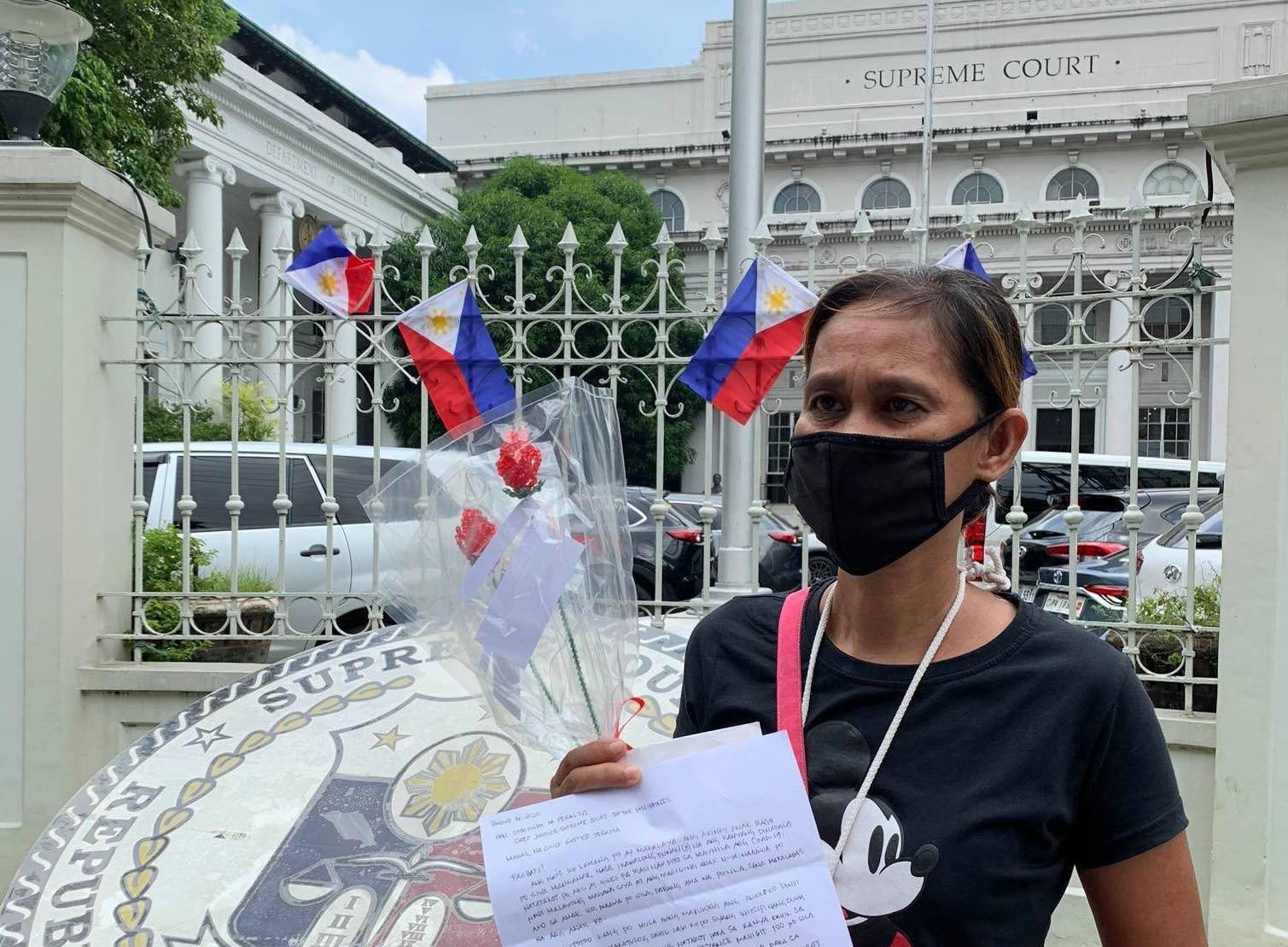 MANILA, Philippines – The Supreme Court again deferred making a decision on the petition to release vulnerable prisoners on humanitarian grounds, as groups call for urgency because  “too many prisoners are now getting sick and dying.”

Sources confirmed to Rappler that the en banc decided on Tuesday, June 23, to “call again” the petition next Tuesday, June 30. Call again means it will be subjected to another round of deliberations in the next en banc session.

Chief Justice Diosdado Peralta had earlier said a decision is expected on June 16, but since then, the justices have not been able to reach a decision.

Prisoners rights group Kapatid slammed the Supreme Court for “inaction,” calling it “like a death sentence,” because the congestion of Philippine jails makes them hotbeds for virus transmission.

“Every day that drags in this case is equivalent to sickness and death. Inaction is like a death sentence,” Kapatid spokesperson Fides Lim said in a statement on Tuesday.

The Department of Justice (DOJ) has eased parole and clemency applications to decongest jails as a response to the problems of a pandemic.

‘Too many are getting sick and dying’

The petition was filed by vulnerable political prisoners, including pregnant 23-year-old Reina Mae Nasino who is due to give birth in July.

The petition asked for relief for all the other vulnerable prisoners, and asked that they be allowed to get out on bail while there is a pandemic.

Most of the political prisoners in the petition are detainees on trial, meaning they are under the custody of the Bureau of Jail and Management Penology (BJMP), where there are  745 prisoners and 125 personnel positive for coronavirus as of June 11. According to BJMP, 6 prisoners have died due to the coronavirus.

In the Bureau of Corrections (BuCor), which houses convicts, there are 301 confirmed cases of coronavirus as of June 15. According to BuCor, 16 convicts have died due to the COVID-19.

“Too many prisoners are now getting sick and dying. We are hopeful the Supreme Court will positively act on our petition with exigency,” said Lim.

Kapatid also slammed the lack of transparency by jail officials on the conditions of prisoners.

More prisoners are dying, but relatives are not assured that they were not coronavirus-related because they are either not notified at all, or there is no clear cause of death.

Rappler earlier reported that of the average 60 deaths in the New Bilibid Prison (NBP) per month, dozens have died without clear causes of death and were not tested for coronavirus.

Kapatid said it has received messages from various relatives, including one whose brother died in Camp Bagong Diwa in Bicutan who had no clear cause of death.

“They were only told that his brother was declared ‘dead on arrival.’ [He] narrated that they were also offered a waiver of funeral expenses of P15,000 as long as they will not pursue an autopsy of the remains,” said Kapatid.

“Others seek help following reports that their relatives died in prison but they cannot get any information about their death or where to get the body to give them proper burial,” Kapatid added.

Kapatid has also spoken to two women whose relatives were isolated in NBP’s Site Harry facility but were not given notice.

“Despite the direct trips they made to inquire at the NBP, Roma’s family was given the run-around. They were told that information about the names of inmates was ‘confidential,'” said Kapatid.

Rappler has also experienced difficulties in extracting information from BuCor and the DOJ on prison conditions since the pandemic.

A Freedom of Information (FOI) request with the BuCor has been pending for 30 days.

BuCor is actually one of the least transparent agencies in the DOJ group if one was to base it on FOI requests.

Since July 30, 2018, to present, BuCor has only accepted a total of 75 FOI requests. Acceptance is the mere acknowledgment that the request has been made.

A report by the Philippine Center for Investigative Journalism (PCIJ) illustrates the dire conditions of inmates living in congested jails amid a ranging pandemic. – Rappler.com