Jul 2, 2020 5:07 PM PHT
Lian Buan
Facebook Twitter Copy URL
Copied
The other 2 suffered 3 gunshot wounds. The 4th soldier, a Muslim, was not autopsied as he had to be buried right away. 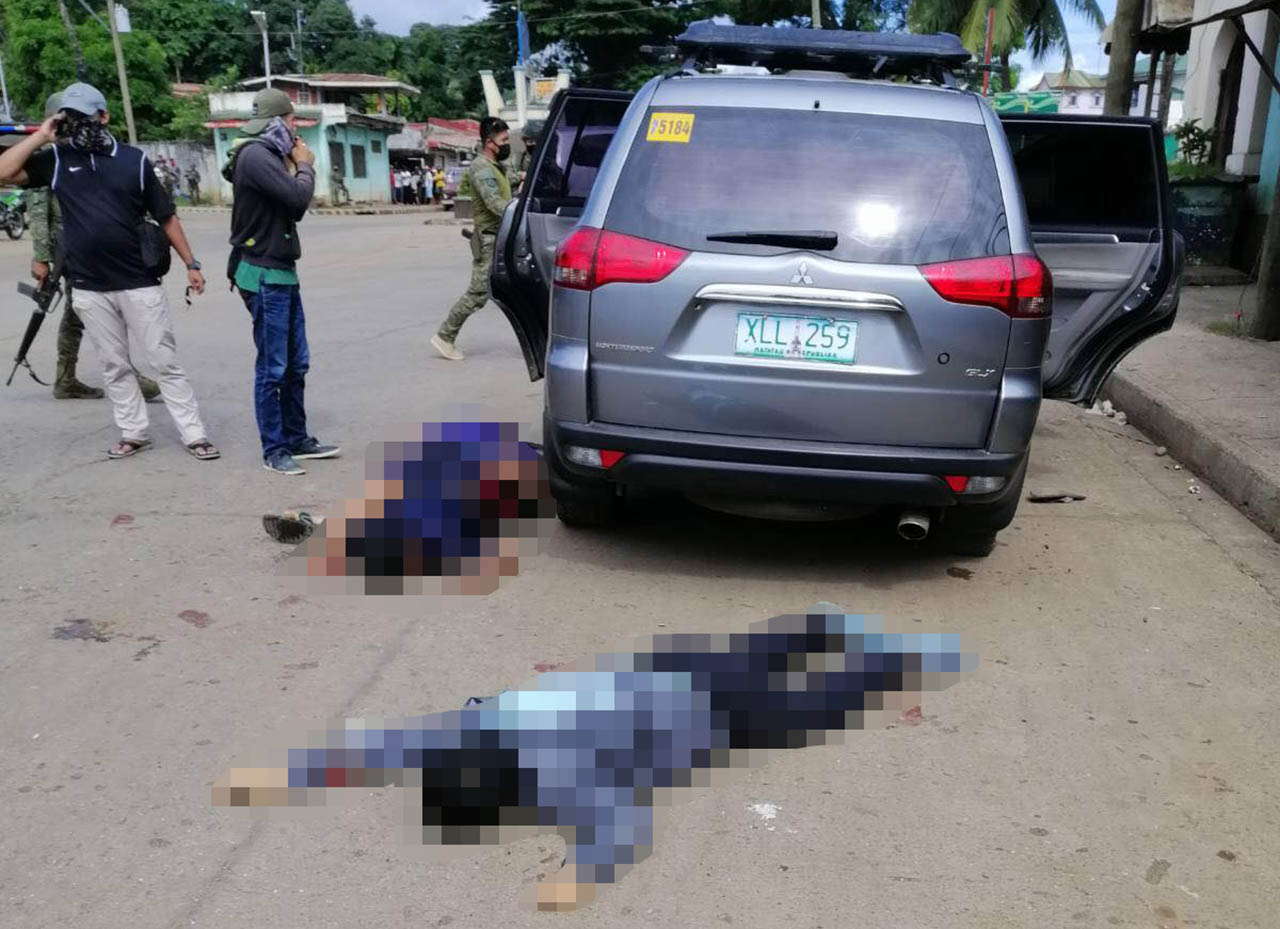 MANILA, Philippines – The National Bureau of Investigation (NBI) said on Thursday, July 2, that one of the 4 soldiers gunned down by the police in Jolo, Sulu, suffered 8 gunshot wounds.

The 4th slain soldier, Corporal Abdal Asula, a Muslim, was not autopsied as he had to be buried right away pursuant to Islamic practice.

Asked about the other 2 soldiers autopsied, Lavin said: “I think three (gunshot wounds).”

Why this matters. Army chief Lieutenant General Gilbert Gapay has said that what happened to their men at the hands of the police on Monday, June 29, “was murder.”

An initial police report said the soldiers tried to flee when cops wanted to further verify their identities.

Gapay disputed this. “There is no misencounter. Talagang hindi pumutok ‘yung tropa namin (Our troops really did not fire). It was a rubout,” the Army chief told reporters on June 30.

The military and the Philippine National Police (PNP) agreed to let the NBI lead the investigation for an impartial inquiry.

According to the initial report of the Sulu police, the 4 soldiers – wearing plain clothes – were stopped at a checkpoint with the policemen asking for verification of their identities.

On their way to the Jolo police station for the verification, the Sulu police said the 4 soldiers fled, then stopped, disembarked, and pointed their guns at the cops.

“However, before they could pull the trigger, the PNP personnel were able to shoot them in defense,” the initial police report read.

But it was a rubout, according to the military.

A military report said the soldiers drove past the police station, stopped, and their commanding officer disembarked – unarmed – to talk to the policemen. The cops shot him and the others, including one who remained in the car, the military said.

Apart from the gunshot wounds, Lavin did not disclose other details of the autopsy, and said these will form part of the overall report of the investigating agents. – Rappler.com