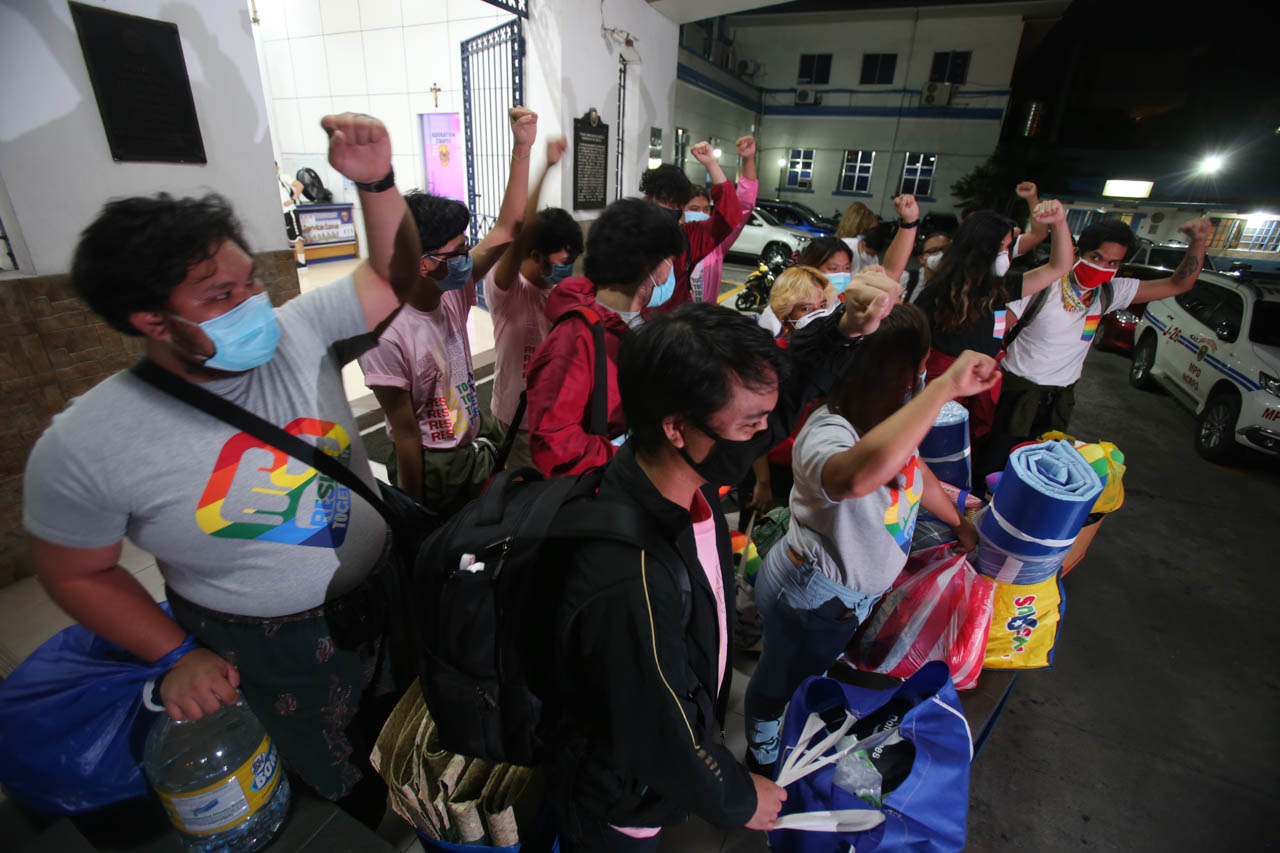 MANILA, Philippines – Pride 20, the 20 protesters who were arrested during a Pride march demonstration in Manila, filed complaints on Tuesday, July 7, at the Office of the Ombudsman against cops of the Manila Police District (MPD).

Lawyers and some of the protesters filed criminal complaints against 32 MPD policemen, for allegedly violating the following laws in their arrest and their detention:

The protesters also pointed out that the police could face administrative complaints for their actions.

What happened? The 20 were arrested on June 26 and accused with disobedience of person in authority in relation to Republic Act 11332, otherwise known as the Law on Reporting of Communicable Diseases, and Batas Pambansa 880, otherwise known as Public Assembly Act.

The 20, along with other protesters, marched while observing physical distancing and other health protocols when the police arrived to disperse them.

They were detained for 4 days.

What the cops allegedly did wrong? The protesters pointed out that the cops arrested them violently even when they were peacefully protesting and following government guidelines under community quarantine. They also said cops illegally seized their Nissan Urvan used for their transportation in the protest.

(With violence and fear, they dispersed our peaceful protest, despite our calm requests and our commitment to leave.)

Stories of harassment: One of the protesters, trans woman Rey Kristoffer Valmores-Salinas said she was forced to be detained with men at the police station, and that one cop remarked that she was “tall” and “beautiful.” (READ: LGBTQ+ groups hit Oplan X-Men’s ‘targeted harassment’ against transgender women)

Read the full complaint below: