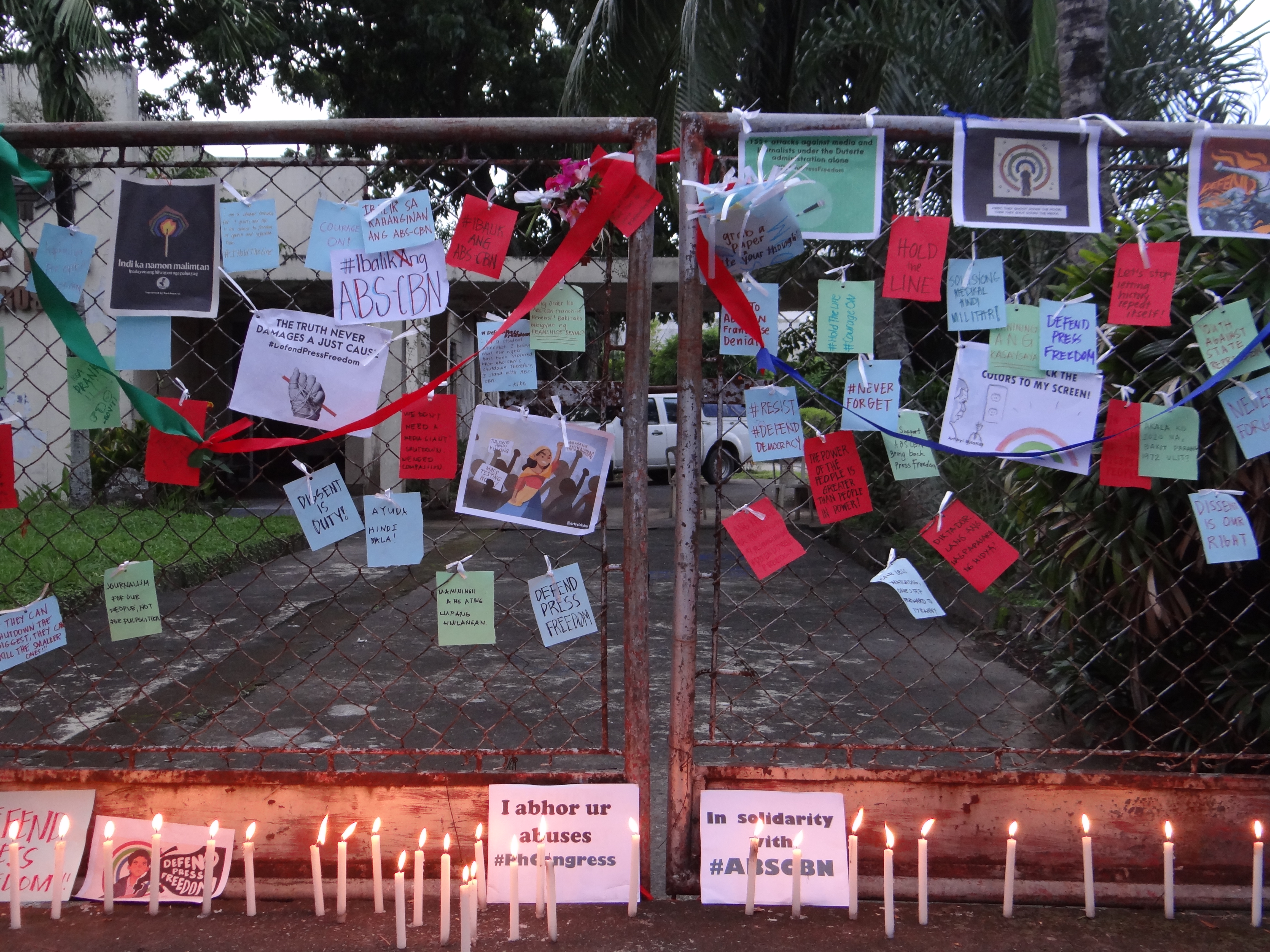 BACOLOD CITY, Philippines – Young rallyists, campus journalists, and concerned citizens on Saturday, July 11, trooped to the local station of ABS-CBN in Bacolod City to show their solidarity with the embattled network.

The group led by the Bacolod Youth Alliance tied ribbons, posted messages of support, and lighted candles outside the broadcast complex along Lacson Street, a major thoroughfare in the city.

On July 10, the House of Representatives committee on legislative franchises rejected granting ABS-CBN a fresh franchise, saying the network committed numerous violations of the terms of its old franchise. However, various government agencies testified at the committee hearings that the company and its owners did not violate any laws.

The 70 -11 vote of the House committee effectively keeps the broadcast giant off-air, endangering the jobs of around 11,000 of its employees during the pandemic.

“As youth advocates, we stand with our student journalists and bearers of truth in upholding our constitutional rights to freedom of information, speech, and press,” said Krishna Ariola, convenor of Bacolod Youth Alliance.

She added: “We lift their voices today as they have always lifted ours. This is not just about ABS-CBN. This is about all of us.” 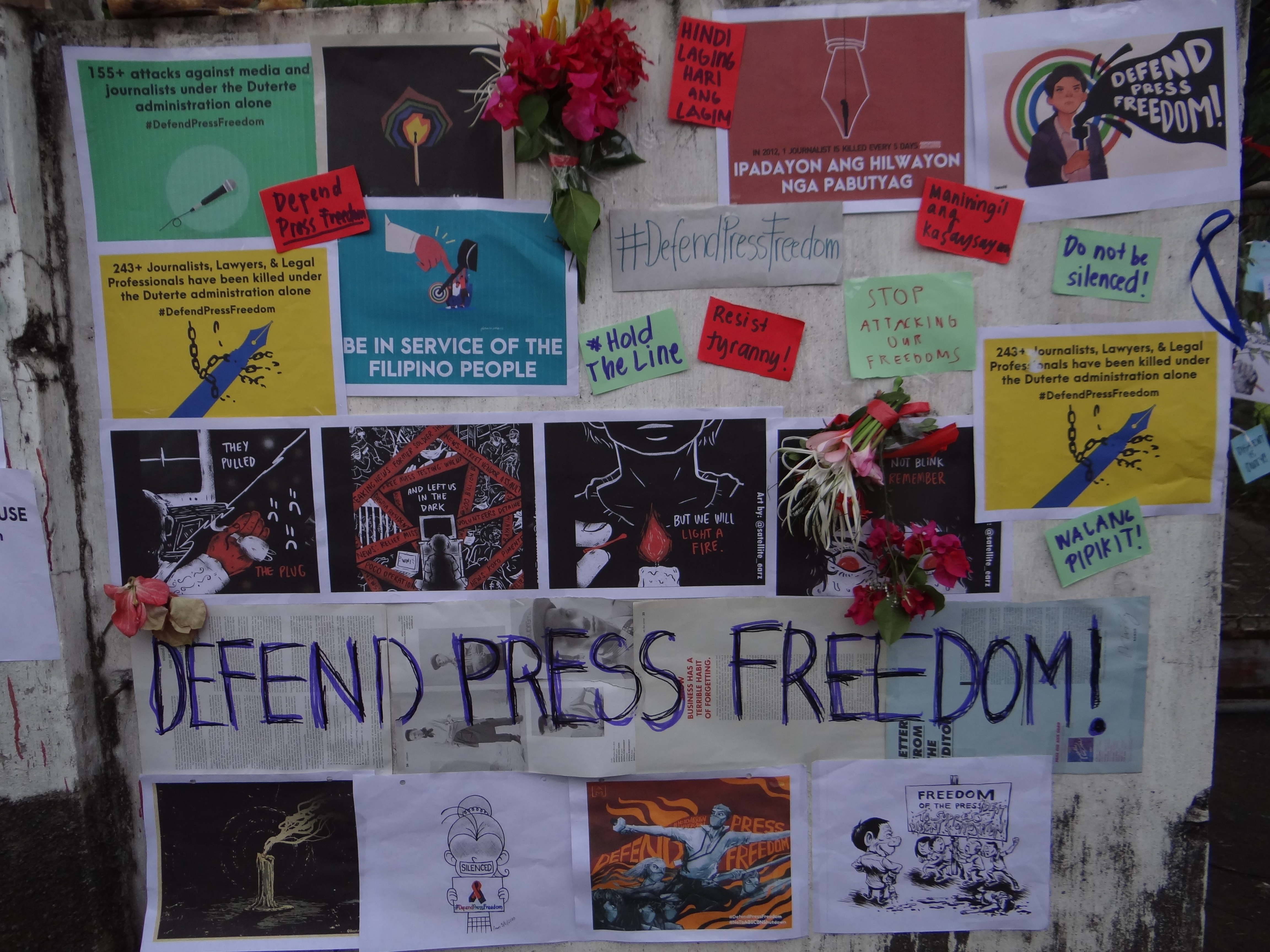 “We stand in solidarity with the thousands of workers and journalists who have lost their jobs due to the ABS-CBN shutdown,” they added.

They also expressed their dismay that history has been repeated by tyrants to remain in power.

“Today, we grieve. But tomorrow, we make sure that truth and democracy shall continue to live,” they said.

The group urged everyone to visit the “Defend Press Freedom” shrine at the ABS-CBN Bacolod gate to leave messages, flowers, artwork, and candles.

The denial of ABS-CBN’s bid for a fresh franchise is a “big blow to Philippine democracy,” Bacolod Bishop Patricio Buzon said.

“It is but the latest of a series of attempts by the administration to silence dissent and to prevent persons and institutions from exercising their freedom and right to free speech and expression,” he said.

Buzon said he is praying that “God may enlighten our leaders so that they may fulfill their duty to preserve the common good and the rights of the people who elected them to be their protectors.”

He also called on the people to “remain ever vigilant, lest we fall again to another tragic authoritarian rule. God help us.” – Rappler.com