Jun 8, 2013 12:14 AM PHT
Rappler.com
Facebook Twitter Copy URL
Copied
Judge Chris Pinto of Sri Lanka discloses his wife is a Filipina. He is supposed to be a part of the panel that will hear the territorial case filed by the Philippines against China 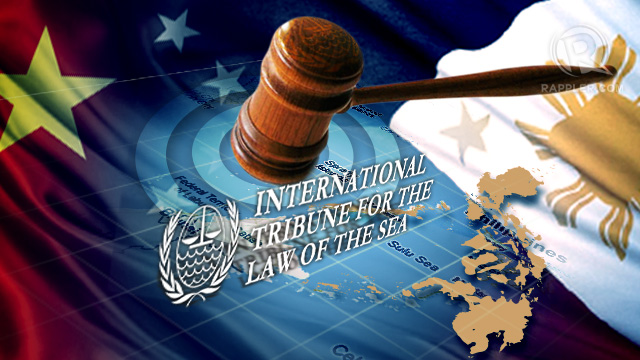 MANILA, Philippines – One of the members of the United Nations Tribunal that will hear the territorial case filed by the Philippines against China over the West Philippine Sea (South China Sea) has stepped down.

In a May 6 letter addressed to Solicitor General Francis Jardeleza, Judge Chris Pinto of Sri Lanka disclosed that his wife is a Filipino national. He is supposed to be a part of the 5-member panel formed by the International Tribunal for the Law of the Sea (ITLOS).

In a briefing statement, the Department of Foreign Affairs said Jardeleza has requested the ITLOS to name another judge “to ensure the impartiality of the arbitral proceeding” and “assure that any award that might be rendered in these proceedings is accorded the full degree of respect to which it is entitled, and is as safe as possible from attack by anyone who might be motivated to undermine it.”

Based on ITLOS rules, Pinto may be replaced within 30 days.

“The resignation of Judge Pinto will not affect the procedure of the arbitral proceedings. The Philippines will present its case once the 5th judge is appointed by the ITLOS President and the panel advises the Philippines to meet on the case,” the DFA said.

President Aquino is updated on the developments, DFA added.

The other members of the panel are: