Jul 15, 2013 9:13 PM PHT
Rappler.com
Facebook Twitter Copy URL
Copied
They were among the 12 abducted last week by rogue members of the Moro National Liberation Front due to rido or clan war 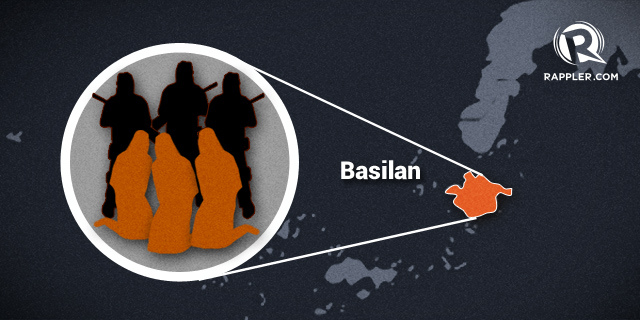 MANILA, Philippines – The 8 remaining residents of Basilan who were taken captive by allegedly rogue members of the Moro National Liberation Front (MNLF) last week due to rido or clan war were released on Monday, July 15.

“The 18th Infantry Battalion in coordination with the stakeholders in Basilan… facilitated the safe and successful release of 8 abducted civilians at Barangay Bohe Lebung, Tipo-tipo, Basilan Province, around 11:40 in the morning today,” according to a statement from the Philippine Army’s 1st Infantry Division (ID).

The military tagged Commander Hassan alias Addang to be behind the abduction of total 12 Basilan residents on Thursday, July 11. Four minors had been released earlier, just hours after the abduction.