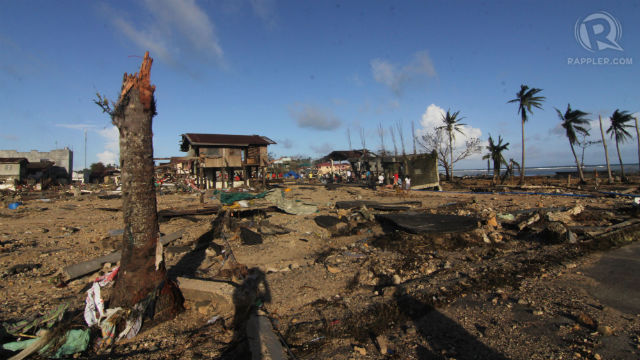 MANILA, Philippines – When United Nations (UN) Undersecretary General for Humanitarian Affairs Valerie Amos took the stage on Tuesday, November 12, at the launch of the UN Action Plan for Typhoon Yolanda (international codename: Haiyan), her expression was that of utter sadness.

“I offer my sincerest condolences to the families of Typhoon Haiyan’s victims,” she said before discussing the UN’s next moves to help the victims of the typhoon.

Amos is just one of the world’s influential people who have expressed their sympathies and pledged to help the people whose lives were devastated by this natural disaster.

Foreign Affairs Secretary Albert del Rosario also announced at the event how UN Secretary General Ban Ki Moon offered the UN’s solidarity with the Filipino people, adding that the international body will do all that it can to assist the Philippines.

The UN Secretary General also brought the situation of the Philippines to the attention of the entire 193-member UN general assembly during a speech.

US President Barack Obama and his wife Michelle had also offered their condolences: “Michelle and I are deeply saddened by the loss of life and extensive damage done by Super Typhoon Yolanda,” he said in a statement on November 10.

“The United States is already providing significant humanitarian assistance and we stand ready to assist the government’s relief and recovery efforts,” he said.

As promised by their president, the US has been one of the first countries to respond to the need of the Filipinos affected by Super Typhoon Yolanda, releasing US$100,000 over the weekend for emergency relief followed by US$20 million and other forms of aid. Military and medical personnel are also on their way to help on the ground.

A close neighbor to the Philippines, Singapore’s Prime Minister Lee Hsien Loong sent a condolonce letter to President Beigno Aquino III. He said the Filipinos always demonstrate resilience in the face of adversity that’s why he is confident that those affected will pull together to rebuild their lives.

The Vatican has also pledged financial aid but before that, the Pope tweeted:

Despite its territorial row with the Philippines over the West Philippine Sea, China also sent financial aid.

The Chinese Embassy in Manila sent their government’s condolences, saying that they hoped for “speedy recovery in the affected areas and [that] the disaster victims will be able to overcome this challenge and rebuild their homes soon.”

In behalf of the French population, France’s leader Francois Hollande also extended his sympathies to the victims of typhoon Yolanda, assuring the Philippines of France’s support and solidarity.

Australian Prime Minister Tony Abott also wrote to President Aquino, saying “I join my fellow Australians in expressing our deepest sympathies to the people of the Philippines.” Australia also followed with approximately Php 425 million in aid.

The World Bank also stands, ready to assist the country: “We are very concerned about the well-being and livelihoods of millions of people affected by the typhoon,” it said in a statement. “We are following the situation very closely, not only in the Philippines, but also in Vietnam. We stand ready to help in any way we can.”

As the world comes together to help a nation that’s been battered by a series of natural disasters, Filipino survivors face the challenge of rebuilding.

For now, relief is what Yolanda-hit provinces quickly need. Even that, says the United Nations, will require $301 million. – Rappler.com