MANILA, Philippines – One need only look at footage of Typhoon Yolanda (Haiyan) – freakishly strong winds, monstrous waves, and the resulting devastation – to know that climate change is real.

Scientists all over the world have reached an overwhelming consensus that climate change leads to more ferocious storms, sweltering droughts, the melting of icecaps, and the rise of sea levels.

Yolanda introduced Filipinos to the phenomenon of “storm surge,” the sudden rise in sea level caused by strong winds which inundated coastal communities in Eastern Visayas.

The Philippine government created a national action plan for climate change through the the Climate Change Act of 2009. The law empowers the government to create programs for the country to adapt to climate change and prepare for its destructive impacts.

The job of implementating the law has fallen on the lap of Benigno Aquino III, who assumed power in 2010.

What has Aquino done to pursue climate change action?

Hover your mouse pointer over the question marks to read the explanation for each grade. This report card includes input from various environmental groups and climate action advocates. Click on the links to read specific Rappler articles about the issues. 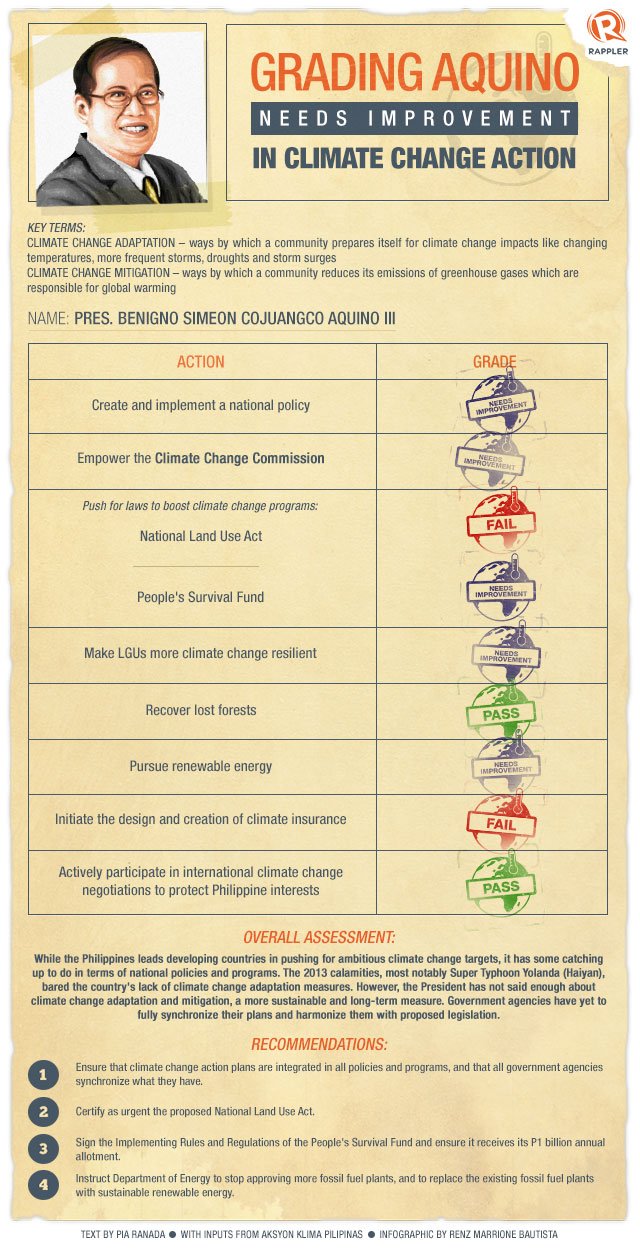