Jailbreak in Yolanda-hit Leyte; inmates complain of ‘lack of food’

Jan 30, 2014 7:18 PM PHT
Rappler.com
Facebook Twitter Copy URL
Copied
Police soon rounded up 147 of the 185 who escaped the provincial jail in the storm-ravaged island of Leyte. 38 remain at large. 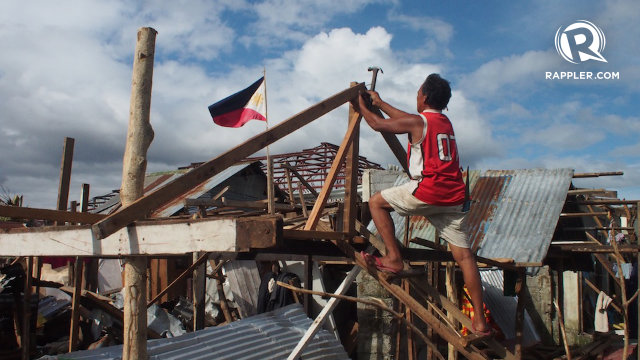 Police soon rounded up 147 of the 185 who escaped the provincial jail in the storm-ravaged island of Leyte but 38 remain at large, said jail warden Merly Vertulfo.

The inmates escaped before 5 am Thursday. They used a sharpened iron bar to force a guard to let them out, said Vertulfo.

The recaptured inmates justified their escape, saying they were not getting enough food or shelter after Haiyan struck in November and ripped off much of the jail’s roof.

Vertulfo said they are also insisting their cases are over because the hall of judicial records was washed out.

The typhoon left about 8,000 dead or missing and flattened whole towns in Leyte and nearby islands, isolating communities and leaving them short of supplies.

Soon after the typhoon hit, nearly 600 detainees at the same provincial jail escaped but half of them later returned, saying they only fled to help their families. – with reports from Agence France-Presse