Mar 11, 2014 4:55 PM PHT
Facebook Twitter Copy URL
Copied
Speaker Feliciano Belmonte also says he will make good on his promise for the House to pass the FOI bill before 2016 – or 'you can hang me' 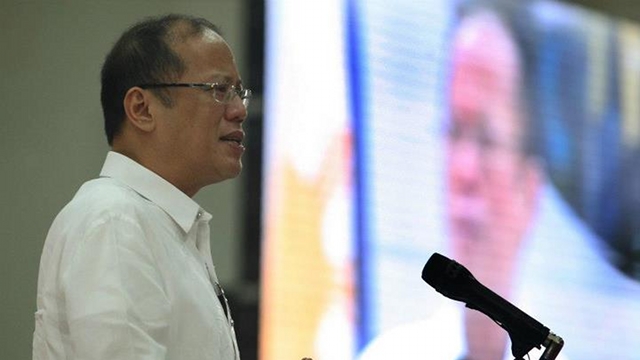 This is the message it wants to convey to the House committee on public information, according to Communications Secretary Herminio Coloma Jr

On Tuesday, March 11, when asked whether the President himself wants the bill passed, Coloma simply responded “yes.” He gave the same answer when asked if this was the message the Palace wanted to convey to congressmen and senators.

“We hope it happens [before the end of his term]. We don’t desire for it to not happen,” he said in Filipino. He later added, “The administration is not doing anything to block it.”

Coloma also denied Aquino is waiting until the end of his term before pushing his allies to pass the bill, so the law does not affect his administration.

“There is no such thinking,” he said. (READ: ‘Ridiculous for FOI not to pass under Aquino’)

Despite this however, Malacañang refuses to certify the bill as urgent, explaining the President is “very circumspect in the use of presidential power.”

Compared to Aquino’s aggressive push for the passage of the sin tax bill and the highly divisive bill postponing the 2011 Autonomous Region in Muslim Mindanao (ARMM) elections, there has been no marching order from Aquino himself to pass the FOI, despite his campaign promise to push for its passage.

In the past, Malacañang said it supports the bill but argued that the administration has already “implemented the principles of FOI in concrete measures” and the fate of the law is up to the legislators. (READ: Despite graft poll, Palace won’t certify FOI urgent)

“We recognize the principle in the Constitution regarding the different duties of each branch of government, and the passage of the law is the primary function of the lawmakers,” Coloma said in January.

Languishing in Congress for over a decade, the FOI bill aims to institutionalize the right to know and policy of public disclosure enshrined in the Constitution by providing a system for ordinary citizens to access government documents and information.

Malacañang declared the FOI bill a priority measure in 2013, 3 years after Aquino made a campaign promise to push for its passage.

Also on Tuesday, Speaker Feliciano Belmonte Jr gave fresh assurances that the House of Representatives will pass the FOI bill during the 16th Congress.

The bill is pending at the committee level in the House. As of Monday, March 10, the technical working group for the FOI bill was still in the process of consolidating various versions of the measure.

Once the bill is approved on 3rd reading in both chambers of Congress, it will be sent to a bicameral conference committee, which will resolve conflicting provisions – if any – then ratified separately before it can be sent to the President for his signature.

In the past, the passage of the FOI was stalled in the House despite its swift approval in the Senate.

In the 15th Congress, the bill only managed to hurdle the committee level in the House. In the 14th Congress, House members failed to ratify the measure due to a lack of quorum.

In all instances, the Senate managed to pass the FOI bill on 3rd and final reading.

Belmonte knows all eyes are in the House.

No LEDAC, no problem

Meanwhile, the Legislative Executive Development Advisory Council (LEDAC) – the body formed to serve as a venue for Malacañang to seek Congress support for the administration’s priority programs – has yet to convene this year.

It also failed to convene last year because of the May 2013 elections, which shortened the Congress schedule.

Malacañang, however, said this would not affect the Aquino administration’s pursuance of its agenda.

“The legislative liaison process between the executive and the legislative is very much alive such that even without the formal convening of a LEDAC meeting – that we were not able to see for the whole of 2013 and you are still awaiting for 2014 – this does not mean we are no longer coordinating,” Coloma said.

He said the government has a legislative liaison office for every national government agency and department working with Congress.

“Our Cabinet clusters are able to identify priority measures for for each cluster. Even in advance of any LEDAC meeting, these are conveyed to our lawmakers and they’ve started work on it. Most of our priority measures, there have been bills filed,” he said. – Rappler.com