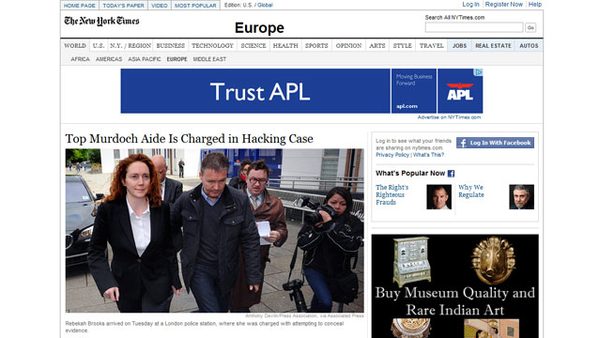 Rebekah Brooks, a former editor of Rupert Murdoch-owned News of the World, has been charged with 3 counts of “perverting the course of justice” in relation to the UK phone hacking inquiry. Brooks is a high-profile figure in Britain’s media industry and is said to have close ties with Prime Minister David Cameron who is being accused by the British Crown Prosecution Service (CPS)  of hiding computers and boxes of documents from the investigators. Her husband and four of her colleagues were also charged for the same offense, the first since the case was reopened almost one and a half years ago.