Apr 13, 2014 4:32 PM PHT
Carmela Fonbuena
Facebook Twitter Copy URL
Copied
The Philippine panel on April 11 announced it was ready to submit to Malacañang the draft of the new military agreement with the US following the conclusion of Round 8 of talks 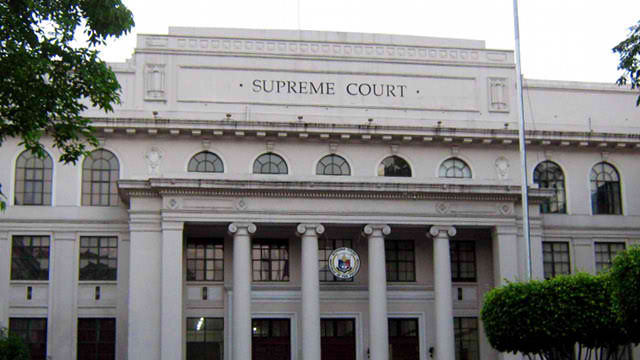 MANILA, Philippines – Militant lawmakers are threatening to go to the Supreme Court (SC) to block the new military agreement that the Philippines is negotiating with the US.

Titled Enhanced Defense Cooperation, the agreement will allow increased presence of American troops in the Philippines, give them more access to the country’s military bases, and allow them to build facilities inside the bases.

“This early we are already studying the option of questioning the AEDC at the Supreme Court because it is a clear violation of our Constitution particularly Sections 3 and 7 and possibly Section 8 of Article II. We are also of the position that this is not a mere executive agreement but a treaty and should be scrutinized by the Senate and the House of Representatives,” said Bayan Muna Repsentative Neri Colmenares.

He said the agreement “will practically bring back US military bases in the Philippines without a treaty, without rent, and without limits.” It’s the same concern that Senator Miriam Santiago earlier raised.

The Philippine panel on Friday, April 11 announced it is ready to submit to Malacañang the draft of the new military agreement with the US following the conclusion of Round 8 of talks. Malacañang continues to deny the agreement is being rushed for the visit of US President Barack Obama in late April. (READ: PH, US draft military deal for Aquino review)

Philippine panel chairman Defense Undersecretary Pio Lorenzo Batino also maintained that the agreement doesn’t need Senate ratification because it is only an implementation of existing treaties with the US – the Mutual Defense Treaty and the Visiting Forces Agreement.

In 1991, the Philippine Senate rejected a treaty that would have extended the stay of American troops in US military bases here. This ended American military presence in the country and shut down key US bases in Clark in Pampanga and Subic in Zambales.

Talks for the Enhanced Defense Cooperation began in August 2012 upon the request of the Philippines, which is counting on US help to respond to the growing tension in the West Philippine Sea (South China Sea). Batino said the agreement “would provide significant benefits to the Philippines” in modernizing the military, attaining minimum credible defense posture, and boosting humanitarian assistance and disaster relief (HADR). (READ: US helped PH Navy in Ayungin mission)

Colmenares argued: “Even if they say that “key provisions and modalities of the AEDC would reflect, among others, full respect for Philippine sovereignty, nonpermanence of US troops and no US military basing in the Philippines and a prohibition against nuclear weapons, we all know that these can be circumvented by the fact that in reality it is the US government is the one calling the shots and not the Aquino administration.”

Fellow Bayan Muna representative Carlos Isagani Zarate is not convinced by the Philippines panel’s assurances that the US will not bring in nuclear weapons to the country.

“There is a supposed prohibition of nuclear weapons, but  that the US maintains a neither confirm or deny policy if their ships or planes carry nuclear weapons aside from this the US military can still bring other types of weapons of mass destruction that would make us a prime target of US enemies. This is a clear threat to our country’s safety and security,” he said.

The panels did not discuss if the Philippine troops will be allowed boarding of US ships but “appropriate officials,” meaning Defense Secretary Voltaire Gazmin or his designated officials, can access the facilities US will build inside the bases.  – Rappler.com