May 13, 2014 9:24 PM PHT
Facebook Twitter Copy URL
Copied
'It seems like a new list is being drawn every day. I too hope for the truth to come out, which the taxpaying public justly deserves,' one former senator says 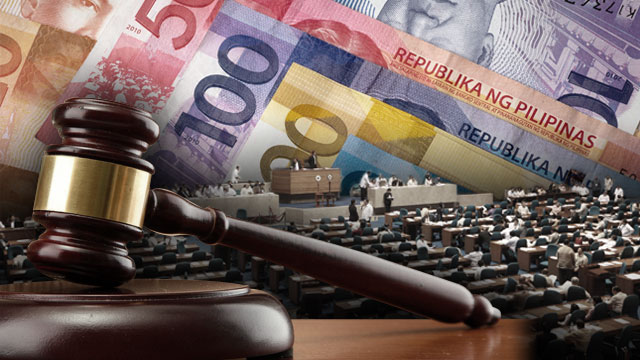 MANILA, Philippines –  Members of the Senate and the House of Representatives named in the controversial Napoles list submitted by Rehabilitation Secretary Panfilo Lacson distanced themselves from the pork barrel scam, with some raising concerns about the credibility of the list.

Senator Loren Legarda said Tuesday, May 13, she met Napoles in social functions but did not befriend her or endorse her NGOs. “I never endorsed NGOs. I gave my pork barrel funds to accredited agenices of government and local governments, in accordance with law.”

Aquilino Pimentel III, for his part, filed a complaint before the Ombudsman against agriculture officials for supposedly using a fake endorsement letter from his office to funnel P10 million to the province of Surigao del Sur.

Senator Cynthia Villar came to the defense of her husband, former Senate President Manuel Villar, telling reporters Tuesday she could not recall her husband endorsing NGOs.

“I just saw he gave to local governments and [in] small amounts. I doubt those would still reach Napoles, with the low amounts involved. He cannot remember anything. He reviewed it,” Cynthia Villar said.

Later on Tuesday, former Senator Manuel Villar issued his own statement: “I have no personal nor official dealings with Napoles and her bogus NGOs ever. It’s very unfair, not to mention totally baseless, that my name is being dragged into this issue, which has now become so politicized.”

Former Senator Villar added: “It seems like a new list is being drawn every day. I too hope for the truth to come out, which the taxpaying public justly deserves.”

Senators Alan Cayetano and Francis Escudero have repeatedly denied transacting with Napoles, saying the paper trail would clear their names.

Senator Vicente Sotto III refused to respond when asked about the list before the Senate session on Tuesday.

The new name in the list was neophyte Senator JV Ejercito. The former San Juan representative was not alarmed by his inclusion in the list.

Ejercito told Rappler: “I do not know Napoles. I appeared in the blue ribbon [investigation] and I was never mentioned ever even by [principal whistleblower] Benhur Luy. No worries at all.”

“The list of congressmen [is] from the 14th Congress. I was not a member of the House of Representatives then. I did not meet the congressmen in the list. Wrong company. The person who put my name in the list did not study that I was part of the 15th Congress,” Ejercito said.

House members included in the list also denied involvement in any irregularity.

One of the solons included in the list is a neophyte lawmaker who did not get the chance to receive his Priority Development Assistance Fund (PDAF) as the discretionary fund was abolished in 2013 and later on declared as unconstitutional by the Supreme Court.

Cebu 1st district Representative Gerald Anthony Gullas Jr said it was “impossible” that he would be part of the scam since he did not even get any PDAF as a congressman.

“How can a purely neophyte congressman in the 16th Congress where PDAF has been abolished put funds into Napoles NGOs?” Gullas said.

Meanwhile, Davao City Representative Isidro Ungab, who is also the chairman of the powerful appropriations committee, was not concerned about the list.

“I welcome any investigation [into] the matter. I am confident my projects were implemented and above board,” Ungab said.

Napoles’ lawyer confirmed that the family gave Lacson the documents but said the list he has is incomplete. Napoles later met with Justice Secretary Leila de Lima and supposedly gave her a more complete version of the list. Guingona ordered De Lima to submit her own version of the list by Thursday. – Rappler.com