Back to school for 20.9M public school students 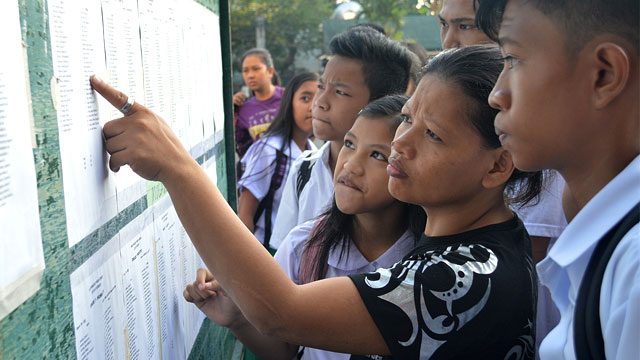 Facebook Twitter Copy URL
Copied
Aside from Yolanda rehabilitation efforts, the education department is also working on ways to mitigate a common problem of schools in urban areas: overcrowding

MANILA, Philippines – Schools opened on Monday, June 2, for 20.9 million public elementary and high school students in the country amid school rehabilitation efforts in Yolanda-hit areas in the Visayas.

Latest figures from the Department of Education (DepEd) showed 2,990 schools affected by Super Typhoon Yolanda (international name Haiyan) in November 2013 need 2,313 new classrooms and repairs for 17,757 of them. There will be enough temporary learning spaces for students as they await rehabilitation and repairs to be completed, he added.

The department pegged rehabilitation costs at P2.9 billion and repair costs at P5.3 billion according to Francisco Varela, undersecretary for finance and administration.

Sources for most of the funds have already been identified, and both rehabilitation and repairs are ongoing. (READ: DPWH target: Most Yolanda-hit schools repaired by June)

Like last school year, the department expects on Monday an influx of students who did not register prior to school opening. (READ: School begins and guess what? Lectures don’t work)

For schools in heavily-populated areas such as Metro Manila, Metro Cebu, and Metro Davao, this could be a problem, especially in identified congested schools.

In Metro Manila alone, 20 schools remain congested. Majority or 86% of public schools in the metro will hold double shift classes this school year 2014-2015.

DepEd said no 3-day school week will be implemented this school year – a proposal earlier considered by the Caloocan City school division. 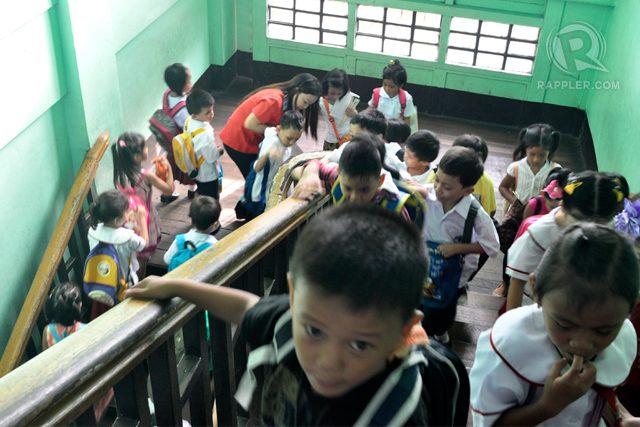 For the meantime, DepEd-NCR urged congested schools to optimize as much available space as they can and accommodate walk-in enrollees in a holding area since public schools cannot turn away students. Valenzuela City will implement starting Monday a school bus transfer system.

The earlier proposed 4-day school week in Metro Manila – intended to ease traffic due to ongoing roadwork projects – was also shelved. Schools that will be directly affected have the discretion to adjust their schedules as they see fit, making sure not to compromise the required 180-day minimum contact time.

Critics slammed the 3-day school week proposal, saying it was a scheme “to hide the shortage” in public education.

But the department said 2010 backlogs in classrooms, as well as textbooks, seats, and teachers have already been addressed. Most water and sanitation facilities are still undergoing procurement. (READ: Back-to-school shopping with half-a-peso in Divisoria)

Another way to mitigate the problem of congestion in public schools is the Education Service Contracting (ESC) under the Government Assistance to Students and Teachers in Private Education (GASTPE).

About 350,000 slots will be opened this school year for elementary school graduates who wish to pursue their secondary education in private schools. 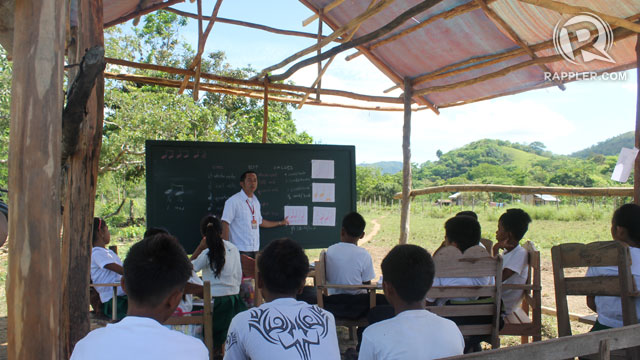 On Monday, Education Secretary Armin Luistro and senior officials of DepEd opened classes in various provinces to “give focus and attention” to schools in island and mountain areas and those catering to children with special needs, indigenous peoples, and Muslim learners.

Last year, Luistro visited schools in the former leper colony of Culion in Palawan for the opening of classes. This year, he visited the Autonomous Region in Muslim Mindanao (ARMM) to show his solidarity with Filipino Muslims. (READ: Luistro: Don’t forget far-flung schools)

“Since before I was in DepEd people have been used to hearing about chairs and classrooms and late enrollees surging through gates. But there are other things that need our attention. Last year I was in Culion in Palawan and their challenge was how to get to the high school, which was on another small island,” he said. – Rappler.com