Palace: ‘No regrets’ on DAP 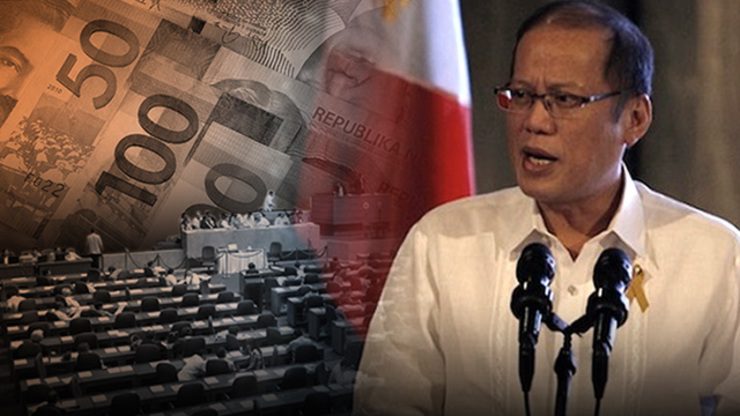 MANILA, Philippines – A day after the Supreme Court (SC) declared unconstitutional 3 specific acts under the administration’s controversial Disbursement Acceleration Program (DAP), Malacañang vehemently defended the program, insisting it did not regret implementing it.

“How does one regret a decision to help thousands of people, of our countrymen?” he asked.

Asked whether he felt the results were a justification for the unconstitutional schemes used to achieve them, Lacierda said the administration has “the right to interpret the ruling prior to reaching the Supreme Court.”

“But, again, we cannot wait for the Supreme Court to tell us what to do first. We have to move, and then when it was questioned, that was the only time that the Supreme Court, as the court of last resort, came in.”

Lacierda went on to continue defending DAP, arguing that the SC did not say the entire DAP is unconstitutional.

“How do we accelerate projects that will benefit the people? Isn’t it wise or prudent for us if this is not moving or it is slow-moving? Why don’t we use the funds there first and put it where projects are moving quite fast so that a greater number of people will be benefited?” he said.

DAP was a program initiated in 2011 to transfer savings and unused funds from slow-disbursing programs of one department to fast-moving projects of another. It was halted in 2013 around the time questions were raised about its constitutionality.

It became controversial after the now-indicted plunderer and opposition Senator Jose “Jinggoy” Estrada delivered a privilege speech alleging that huge sums through the program were distributed to senators for the impeachment of former chief justice Renato Corona. (READ: Jinggoy: P50M for each convict-Corona vote)

Lacierda refused to comment on the decision itself, saying they will await the release of the full decision.

“Without seeing the entire decision, it’s like asking us to comment on the full movie when we were able to watch only the last 10 seconds of the film,” he said.

Despite the declaration of the SC however, Lacierda hesitated in saying someone would be held liable within the executive branch, since unconstitutionality cannot be equated with criminality – which he said are “two different things.” (READ: Palace cites Constitution to defend DAP)

Unconstitutionality, he said, is the interpretation of a particular law and its implementation. The administration has said the Constitution gives the President power over the realignment of savings.

Following the decision, calls for the resignation of Budget Secretary Butch Abad have increased. Lacierda, however, said Abad continues to enjoy the trust of the President.

He again cited the “intended purpose” of DAP, adding the executive branch used DAP with good intentions to accelerate projects.

“The reason why we cannot speak on that right now is because we’re limited to the dispositive portion, which does not speak of liability. It only spoke of unconstitutional acts.”

But Lacierda did admit that while the administration used DAP for beneficial projects, it did not know what senators did with the funds given to them by the executive through DAP. (READ: Drilon admits receiving P100M after Corona trial)

“In terms of those used by the senators, I think we’d also go through whether they were projects that were also used, expended, or funded to benefit the people,” he said.

“I think the bottom line is: Did the senators also use it as we envisioned it to be? So that’s a question that maybe, perhaps, we can ask each and every senator.”

Department of Budget and Management records show senators received millions of pesos ranging from P50 million to P100 million, after the impeachment of Corona.

Critics tagged the release a bribe or incentive, but the Palace maintained they were additional cash releases for projects of lawmakers. (READ: 2012 fund releases to pols not bribes – Abad)

Aside from the resignation of Abad, discussions over the possible impeachment of the President for culpable violation of the constitution have also gained steam.

Malacañang however said this is not the first time Republic Acts have been declared unconstitutional, and questioned what makes DAP different. (READ: Aquino: DAP drove PH’s economic boom)

“Just to focus on grounds for impeachment: Culpable violation on the basis that a particular act has been declared unconstitutional,” Lacierda said.

“But we have several acts that have been declared unconstitutional in the past, not just in this administration, [and] it never reached the level of impeachability. Why the sudden interest in this particular act?”

Lacierda did not answer whether he believed there was a real threat of impeachment.

“Are we taking the threats seriously? Again, we’d just like to know why the sudden interest in this particular act,” he stressed.

“In several administrations, perhaps you can go all the way back to the time of the previous presidency, you would have certain acts declared unconstitutional.” – Rappler.com