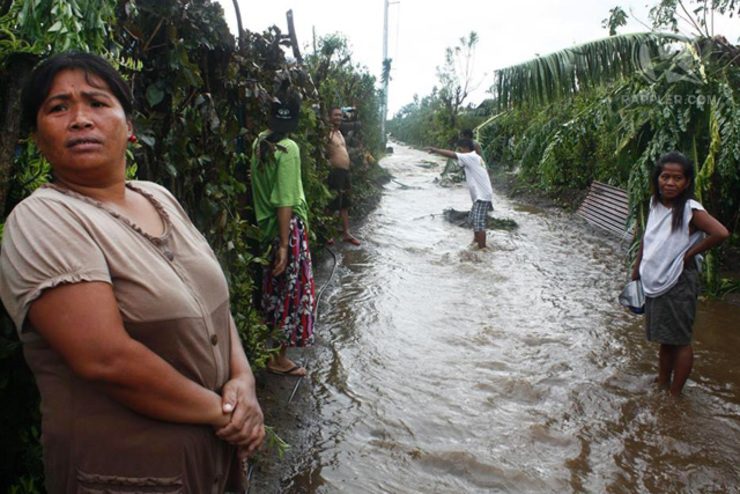 Facebook Twitter Copy URL
Copied
Six provinces, 3 towns, and one city are under a state of calamity

MANILA, Philippines – Laguna evacuated the most number of people in Region IV-A – more than 200,000 – before Typhoon Glenda (international name Rammasun) hit the province, but in the end, it had the second highest number of deaths, shocking disaster managers of the province. (READ: Checklist on what LGUs should do during disasters)

“We were surprised! It was the most intense movement of our people,” said Jun Guidote, Laguna Provincial Disaster Risk Reduction and Management (PDRRM), referring to the massive preemptive evacuation that was enforced.

The powerful typhoon that hit parts of Luzon left 17 people dead in Laguna, according to a report released by the National Disaster Risk Reduction and Management Council (NDRRMC) Saturday night, July 19.

The death toll rose to 89, based on the NDRRMC list, topped by Quezon Province with 21 casualties.

Heavily battered by Typhoon Glenda, Region VI-A, which includes the affected provinces of Quezon, Laguna, Batangas, Cavite, and Rizal, suffered the most deaths – at least 62, according to the NDRRMC.

Albay province was again able to achieve its “zero casualty” goal, according to Governor Joey Salceda. In Laguna, the main causes of the deaths were “unusual” – head trauma and injuries – caused by flying debris and falling trees, according the Guidote.

“People were overwhelmed. Some went out of their houses despite the strong winds,” Guidote told Rappler.

In previous typhoons, the main cause of death was drowning, but this was prevented when Glenda struck because of the preemptive evacuations, according to Guidote.

The PDRRM chief said the province will improve its disaster preparedness drive by also enhancing the awareness of the public about the dangers of strong winds. (READ: #GlendaPH: Know the hazards in your area)

“We need to reimphasize in our disaster risk reduction and management orientation that during typhoons, people should stay inside their houses so that they will not be endangered,” Guidote said.

According to the NDRRMC, more than 300 people were injured during the typhoon. To date, 6 provinces, 3 towns, and one city were placed under a state of calamity. – Rappler.com