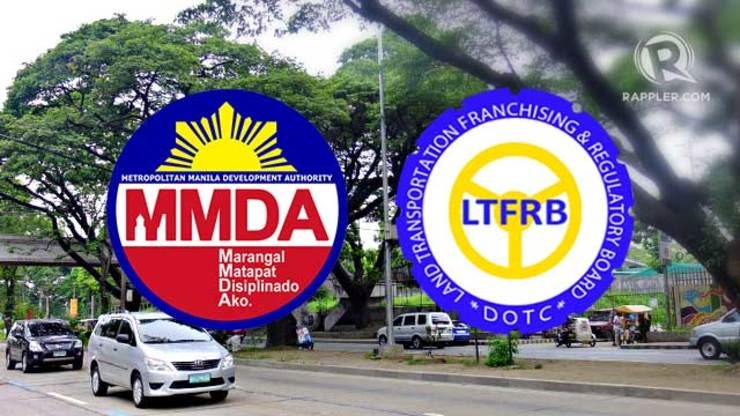 MANILA, Philippines – The Metropolitan Manila Development Authority (MMDA) on Thursday, July 31, blamed the Land Transportation Franchising and Regulatory Board (LTFRB) for the “severe traffic jam” in the Katipunan Avenue area.

In a statement, the MMDA said they tracked an 80.67% increase in the volume of trucks traversing Katipunan avenue when the “LTFRB lifted the Truck Ban last July 25, 2014.”

“Our records only justify that vehicular bottleneck along Katipunan Avenue is the adverse effect of the new truck issuance of the LTFRB,” said MMDA Chairman Francis Tolentino in the statement.

Based on the MMDA’s data, the number of trucks that pass through Katipunan Avenue, specifically in front of Ateneo de Manila University and Miriam College, nearly doubled from the same period last year.

More than 14,300 trucks traversed through Katipunan that day, compared to the less than 8,000 that usually passed through “when the ban was still implemented.”

The MMDA imposes a ban on trucks from 6 am to 10 am, and from  5 pm to 10 pm  along major thoroughfares EDSA, C5 road, Katipunan Avenue, and Commonwealth Avenue.

Tolentino was referring to an advisory issued by the LTFRB which imposed a “no-apprehension policy” on trucks-for-hire with green plates for 30 days – from June 28 to July 28. The policy was introduced to allow trucks-for-hire to “apply for their franchise and provisional authority,” the LTFRB said in an earlier advisory.

The LTFRB has since extended the moratorium for another month. LTFRB Chairman Winston Ginez said without an extension, the country’s trade would be affected, since trucks-for-hire would have to cease operations.

Shortly after the MMDA released the statement, the LTFRB responded on its official Twitter account, saying their memo did not interfere with the MMDA truck ban and “only extended the filing and issuance of provisional authority to trucks up to August 29.”

“Trucks with green plates for hire are already plying the roads even before the LTFRB memo which aims to weed out colorum (illegal) trucks from the roads,” said the LTFRB.

In his statement, Tolentino was adamant that the LTFRB’s decision “will only exacerbate the already worse traffic situation in the metropolis” but added that he and Metro Manila’s mayors are willing to dialogue with the LTFRB. – Bea Cupin/Rappler.com