‘Why not?’ Aquino sisters open to endorsing Binay 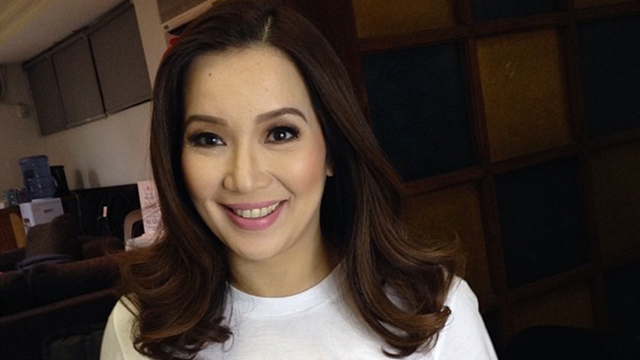 MANILA, Philippines – Count on presidential sister Kris Aquino to divulge where the family stands on issues gripping the country.

It was the biggest headline on Tuesday, August 5: Vice President Jejomar Binay cited raw information that party mates of President Benigno Aquino III in the Liberal Party (LP) are supposedly talking about adopting him as the administration’s standard bearer.

Later in the day, LP even issued a statement detailing criteria it said it imposes on its allies. The statement sends a clear message enumerating political battles that LP fought without Binay’s support. (READ: LP sets criteria for allies. Guess who’s ‘disqualified’)

But Kris Aquino would have the last word on Tuesday. In her evening show on ABS-CBN, Aquino and Abunda Tonight, she divulged that she and her sisters have been talking about the possibility of their brother endorsing Binay.

(My sisters and I have been talking about it. We think it’s really possible to have a unity [ticket] because we are not enemies. And if he is going to continue what Noy has started, why not?)

Kris made it clear that she’s not talking on behalf of her brother. “I’m speaking for me and my sisters only. Nobody else. Klaruhin ko lang baka pagalitan ako (I will make that clear because I might get scolded),” she added.

“At wala naman sila paki sa opinion namin (And they don’t care about our opinion),” she said before laughing boisterously.

Co-host Boy Abunda echoed Kris in saying what is needed is someone who will continue Aquino’s programs. “Everything is possible in politics,” he added.

Aquino and Abunda Tonight is a talk show where the hosts weigh in on the biggest issues in politics and show business. It premiered in February.

The segment on Binay was curiously followed by a legislative measure filed by Senator Alan Peter Cayetano, and where Kris recalled an old episode with Senator Antonio Trillanes IV.

Both Cayetano and Trillanes belong to the Nacionalista Party of Senator Manuel Villar. They have been open about the possibility of seeking higher office in 2016.

After the Binay story, the program chose to talk about Cayetano’s Iskolar ng Bayan Act of 2014 that seeks to grant the Top 10 graduates of all public schools scholarship in state universities. In the same discussion, Kris managed to take a subtle swipe at Trillanes.

She said: “Remember, Boy, the time when we were talking about Senator Trillanes and di ba  he was critical? And then sabi ko we have to be ambitious. And then itong kay Senator Cayetano, bongga. Kasi ang mga estudyante na nagsusumikap, Top 10 in their class, puwede na magpatuloy ng pag-aaral nila na hindi na pasanin ng mga magulang.“

(Students who do well and become Top 10 in their class can continue their studies without being a burden to their parents.) – Carmela Fonbuena/Rappler.com