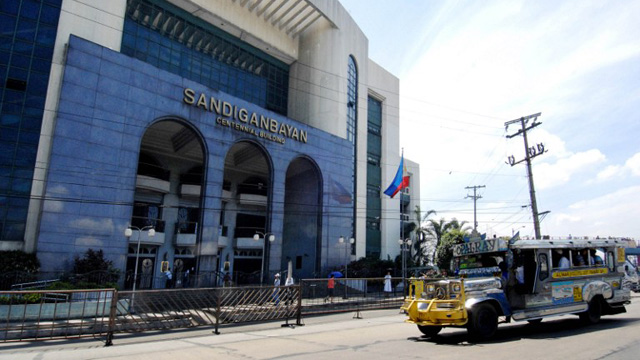 The Ombudsman’s investigation showed that congresswoman Syjuco released P20 million of her Priority Development Assistance Fund (PDAF) in 2006 to Tesda, which was headed by her husband.

The allocation was listed under her Education for All Project, which provides scholarships for grade school and high school students – students who are not covered by the vocational courses offered by Tesda.

For this, the husband and wife are accused of causing undue injury to Tesda’s supposed beneficiaries and binding the government in a grossly disadvantageous contract.

Aside from diverting the PDAF to an unathorized project, they allowed part of the fund (P1.69 million) to be used to pay for the administrative expenses of the non-governmental organization that they chose to implement the project. Salaries and benefits of employees (P916,000) of the Tagipusuon Cooperative were also covered by Syjuco’s PDAF.

Most of the fund was used to purchase notebooks, bags, uniforms, and other school supplies for grade school and high school students in the second district of Iloilo province, which Mrs Syjuco represented. The former Tesda chief used to be congressman of the district himself.

Congresswoman Syjuco, Yabut, and Yniesta signed a memorandum of agreement dated on December 23, 2005, for the implementation of the project.

Mr Syjuco, for his part, issued Tesda Order No. 1C-series of 2006, identifying elementary and high school students in the second legislative district of Iloilo province as beneficiaries.

The Ombudsman recommended a P30,000 bail bond for each count of graft for each defendant. They are facing two counts of graft each. – Rappler.com