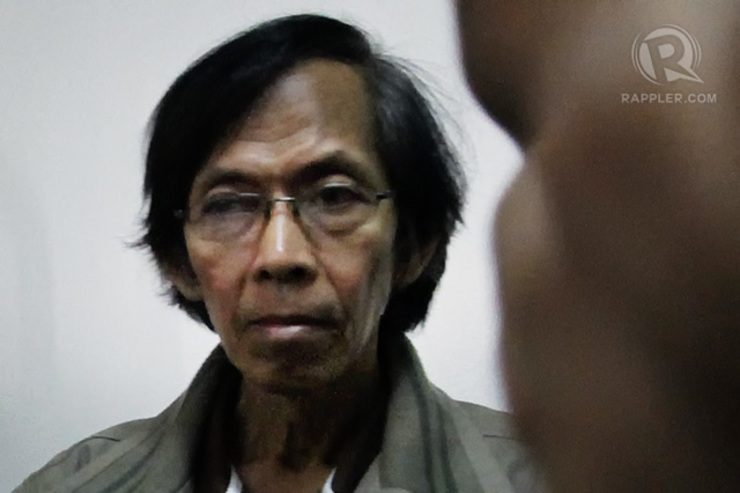 In an interview with GMA News, Justice Secretary Leila de Lima confirmed Palparan was arrested at around 3 am Tuesday in a house in Sta Mesa, Manila by a composite team of the National Bureau of Investigation Anti-Organized Crime Division and the Armed Forces’ Naval Intelligence Group. (READ: Palparan’s fall: ‘Naisahan ‘nyo ako,’ he tells soldiers)

De Lima said authorities were able to locate the retired general on Monday, August 11. She told GMA News he will remain under the custody of the NBI pending a court order for his final detention place.

The Aquino government raised a P2-million bounty for the capture of the retired general – hailed by military peers for his relentless campaign against communism and assailed by human rights groups for allegedly killing innocent civilians in the process.

He went into hiding in December 2011, when a Bulacan regional trial court issued a warrant of arrest against him in connection with two cases of kidnapping and serious detention for the 2006 disappearance of students Sherlyn Cadapan and Karen Empeno.

In an interview with Rappler days before he went underground, Palparan talked about his arrest warrant: “I will consult with my lawyer. There may be legal remedies available for me. What they’re doing is illegal.”

We asked him then: Are you going to hide? He said: “Ang option na ganyan, minsan maiisip mo ‘yan. Sarili mo ‘yan. Ilalagay mo ba sarili mo sa alanganin? Ang daming threat sa akin.” (That’s an option. It’s personal. Would I expose myself to trouble given the threats against me?)

As a courtesy to the former congressman, the Aquino government immediately requested for Palparan’s surrender.

At one point shortly after he went into hiding, Palparan sent surrender feelers to Malacañang but with conditions. Rappler’s sources disclosed then that the feelers were coursed through Defense Secretary Voltaire Gazmin, also a retired army general.

President Benigno Aquino III himself dropped hints about it. He told reporters on December 22, 2011 that the public can soon expect “positive results” on the manhunt for the retired general. “Let me not state a specific time frame but you will see positive results shortly,” the President said then.

But it’s been years of fruitless manhunt for the ex-general. In January 2012, authorities searched the Davao City home of Palparan’s friend, former Bantay party-list nominee Ramon Teodoro Garcia, on suspicion the fugitive was hiding in the area. They didn’t find him.

His allies said Palparan would never get a fair trial under the administration. (READ: No fair trial for Palparan under De Lima, says ally) 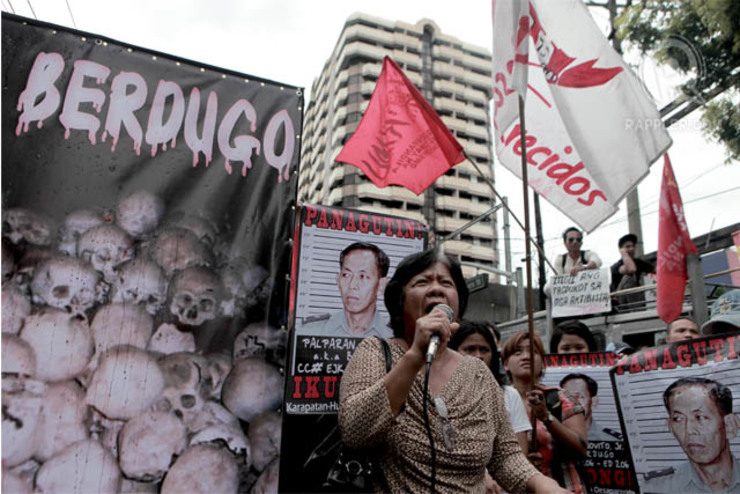 Palparan gained notoriety in his key assignments in Mindoro, Samar and central Luzon, where he served as commanding general of the military’s 7th infantry division between 2005 and 2006, the height of the Arroyo administration’s massive counter-insurgency campaign that targetted the mass base of the communist New People’s Army.

Under the government of former President Gloria Macapagal Arroyo, he was promoted twice in a short span of time, and even earned praise from Mrs Arroyo herself in her 2006 State of the Nation Address.

In the 2007 synchronized elections, Palparan’s party list Bantay won a seat in Congress, making him a party-list representative.

Palparan and 3 other military personnel are charged with two counts of kidnapping and serious illegal detention in connection with the abduction of Cadapan and Empeno in 2006.

At least two witnesses have testified that the two were tortured upon the orders of the general. (READ: The most wanted man in the country)

“Palparan should be made fully accountable and be placed in jail for the disappearances of Empeno and Cadapan, and for all extrajudicial killings, torture, and disappearances he has committed,” Karapatan secretary general Tinay Palabay told Rappler.

“No special treatment should be accorded to butchers like him in jail. There should be no more delays in delivering justice,” Palabay said, stressing that the relatives of the human rights victims have suffered far too long.

Reports from the United Nations, Human Rights Watch, and the now-defunct Melo Commission noted that a sizable rise in the numbers of murdered activists and alleged communists in each area Palparan was assigned.

In Malacañang, Presidential Spokesman Edwin Lacierda said Palparan’s arrest is a “fulfilled promise” of the President.

“President Aquino promised that those who evade the law will be found. That promise to capture General Palparan has been fulfilled today,” Lacierda said in a statement released to the media.

Malacañang also commended the Armed Forces and the NBI “for their steadfast doggedness in pursuing all leads to fund and capture Jovito Palparan.”

“Today, this resolute determination has paid off, the long arm of the law has finally reached Mr Palparan,” Lacierda said.