Aug 14, 2014 8:09 AM PHT
Natashya Gutierrez
Facebook Twitter Copy URL
Copied
After insisting he is against Charter change, he now admits he is open to amending the Constitution – and the lifting of term limits for presidents 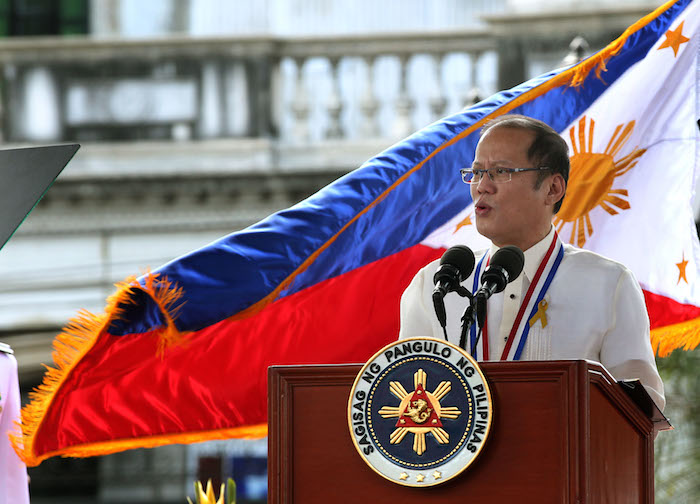 In an exclusive interview with News5 aired on Wednesday, August 13, Aquino said he is no longer entirely closed to calls for Charter change under his administration.

And after days of conflicting statements from the Palace, the President also confirmed that he is open to amending the Constitution to allow a president to run for a second 6-year term. Currently, the Constitution prohibits a president from re-election; Aquino’s term ends in 2016.

Aquino admitted he will “listen to [his] bosses,” the people, regarding a second term.

Asked about why he thought the 1987 Constitution, which was drafted and approved under the administration of his late mother, Corazon Aquino, needed amendments, Aquino said he does not feel the Constitution balances the 3 branches properly. He cited as an example the Supreme Court, which he feels has too much power.

(I’ve started thinking about judicial reach. The Congress, the Executive, ‘go ahead and act.’ But at anytime, we [the judiciary] can castigate you).

Aquino said it appears the judiciary is not practicing “judicial restraint,” and instead is using it too often.

He acknowledged, however, that Charter Change would mean entering dangerous territory, because while there are provisions “that could be fine-tuned and updated,” he said he’s concerned “that the good provisions can get diluted.”

The relationship between the President and the Supreme Court deteriorated after the High Tribunal declared as unconstitutional parts of the administration’s controversial Disbursement Acceleration Program (DAP), which officials say was meant as a stimulus package to pump-prime the economy in 2011.

What followed was a back and forth between the two branches ranging from probing court spending to the rejection by the Judicial and Bar Council of Solicitor General Francis Jardeleza as a nominee for SC Associate Justice.

Aquino admitted in the interview that he began considering the possibility of Charter change after recent events.

Previous Philippine presidents also attempted to tinker with the Charter. Former President Fidel Ramos’ allies and supporters launched a signature drive to force the issue, but they were unsuccessful. Ex-president Gloria Macapagal-Arroyo also attempted to drum up public support for Charter change. She also failed. – Rappler.com