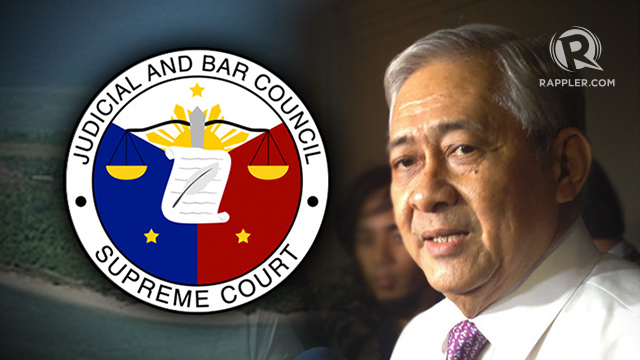 The appointment was transmitted to the Supreme Court on Wednesday morning, August 20, 2014, Palace Communications Secretary Herminio Coloma Jr said in a statement.

Jardeleza thanked Aquino and pledged to serve with the “interests of the Filipino people” in mind.

“I am thankful for the trust and confidence that President Aquino exhibited in appointing me to the Supreme Court. Rest assured, I will dispense my duties with competence, integrity, probity, and independence – always bearing in mind the interests of the Filipino people,” he said in a statement released by Malacañang shortly after his appointment.

Jardeleza’s appointment was widely anticipated as he has been considered as the President’s choice for the vacancy. He was initially excluded in the short list of candidates submitted to Aquino due to integrity issues raised by Chief Justice Maria Lourdes Sereno, who chairs the Judicial and Bar Council (JBC).

Jardeleza’s integrity was reportedly questioned after he, as the government’s lawyer, deleted a “portion” in the memorandum submitted by the Philippines to a United Nations-backed tribunal that seeks to challenge China’s claims in the West Philippine Sea. (READ: The inside story: Jardeleza accused of disloyalty to PH)

The act, which was reversed prior to the submission of the document on March 30, 2014, would have resulted in a “colossal mistake” that would have undermined the country’s legal claim and territorial integrity, Rappler sources said.

“At all times I have found him to be a brilliant lawyer and a man of impeccable honesty and integrity. I consider it both a professional and a personal privilege to work with him,” said Reichler, who stressed that he was issuing the statement “independently” of Jardeleza’s bid to become SC justice.

On August 19, a day before the President’s deadline to fill in the vacancy left by Retired Justice Roberto Abad, the Supreme Court granted Jardeleza’s plea for inclusion in the list of nominees for SC Associate Justice.

It was Jardeleza’s third attempt to get the position.

Jardeleza, 64, served as Solicitor General since February 2012 after he replaced Joel Cadiz who resigned, citing his desire to return to private life. Jardeleza was appointed Deputy Ombudsman for Luzon in July 2011.

He first applied for the SC post in 2011, and was a candidate to replace ousted Chief Justice Renato Corona in 2012. 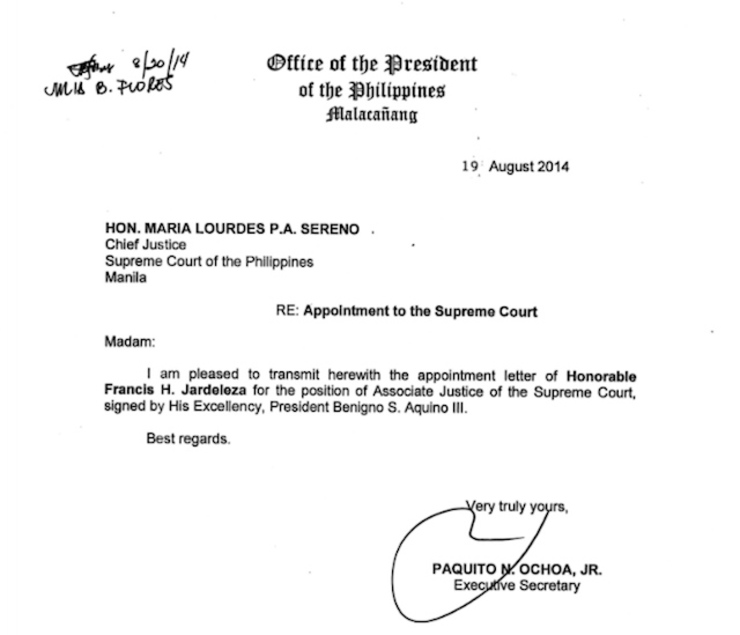 In 2011, Jardeleza also vied for the post of Ombudsman but lost to retired Supreme Court Associate Justice Conchita Carpio-Morales.

Born in Jara, Iloilo, Jardeleza was the third placer in the 1975 bar examinations. He graduated from the UP College of Law and completed his Master of Laws at Harvard University.

He spent 23 years in private practice, 14 of those years as general counsel for food and beverage giant San Miguel Corporation. He has a total of 38 years of law practice.

Of the 13 candidates, Jardeleza has one of the longest list of character references including but not limited to Justice Secretary Leila de Lima, Ombudsman Conchita Carpio Morales, and former Supreme Court Associate Justice Vicente Mendoza. – with reports from Buena Bernal/Rappler.com