MANILA, Philippines – Even as former Makati Vice Mayor Ernesto Mercado was testifying before the Senate blue ribbon committee on Tuesday, August 26, the city government sought to belittle his credibility.

Mercado admitted he had pocketed funds meant for the construction of the Makati City Hall Building 2, whose alleged overpricing during the terms of Vice President Jejomar Binay and his son as mayors is being investigated by senators.

The former vice mayor, however, offered only an assumption when probed by Senator Antonio Trillanes IV if the older Binay benefitted from the overpricing like Mercado did.

His own confession, however, rendered Mercado without credibility, according to former Makati city administrator Marjorie de Veyra, who also testified before the Senate and whose statement was released on the same day by the city government.

De Veyra was incumbent Makati Mayor Erwin Jejomar “Junjun” Binay’s running mate in the 2013 elections but she lost to a candidate fielded by the ruling Liberal Party.

“While vice mayor, [Mercado] was known to frequent casinos here and abroad, where he is considered a high-roller and given five-star treatment by casino operators. He is known to lose millions in cockfights. We wondered how he was able to afford such a high-living lifestyle, but his admission of personally gaining from the Building 2 project gives us the answer,” said De Veyra, who remains an ally of the Binays.

Mercado ran against the younger Binay in 2010 and lost. De Veyra in the statement said Mercado had been “saying bad things about the Binays since 2010….but he has not given any proof because he does not have any.”

During the Senate hearing, Mercado said he was close to the Vice President, his ally since 1986. The relationship turned sour, he said, when the older Binay chose to field his own son in the 2010 polls instead of Mercado.

“An investigation conducted showed he abused the trust and confidence given to him by the Vice President, who was mayor at that time. Department heads have confirmed receiving calls or personal visits from the former vice mayor during his term,” added De Veyra.

De Veyra said all of Mercado’s “activities” were done without the Vice President’s knowledge or consent. Mercado’s “change of heart,” said the former city administrator, was prompted by the planned filing of charges against him by the Makati city government.

Speaking to reporters, Mercado did not deny De Veyra’s statement that he had been gambling, but shot back at the former city administrator.

(I’m a frank person, I’ll admit it. I go to cock fights, I breed chickens.  It’s a hobby. I won’t deny it. Casino? Once in a while but just because you go to a casino, it doesn’t mean you’re gambling. I eat out in restaurants. They’re telling me I’m in need of money and that I’m being used. Being used by whom?) 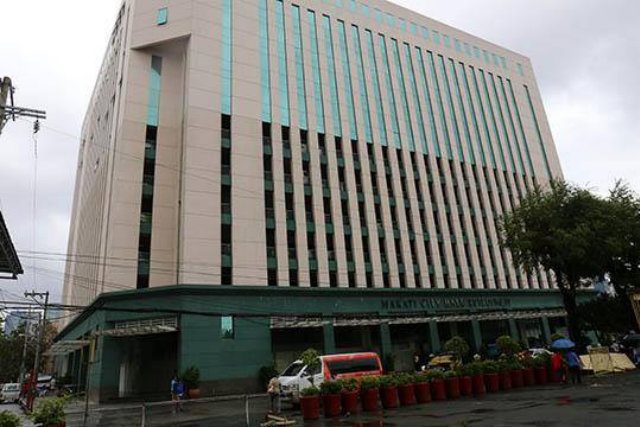 The Vice President and his son are facing plunder complaints over the allegedly overpriced city hall building. The Senate, through a resolution filed by Trillanes, started a probe into the allegations, much to the chagrin of the Vice President’s daughter, Senator Nancy Binay.

But the investigation has taken a political and even personal turn.

The Binays insist the probe and the charges are merely a ploy to drag down the Vice President’s name in the run-up to the 2016 elections.

The Binay children have also accused their father’s political rivals – Trillanes and Senator Alan Peter Cayetano – of using the probe to get media mileage. (READ: Binays to Trillanes: Probe Cayetano, Iloilo too)

Both Trillanes and Cayetano have plans of seeking higher office in 2016. The older Binay, who will be gunning for the presidency in the next polls, is the clear winner is early presidential polls.

On the day the Senate’s probe into the building began, plunder and graft charges were filed against Cayetano and his wife, Taguig City Mayor Lani Cayetano, over allegedly overpriced multi-cabs.

Cayetano then accused another Binay daughter, Makati Representative Abigail Binay, of orchestrating the case against the Cayetano couple.

A teary-eyed Representative Binay attended the Senate probe on Tuesday, denying the claims made by the senator. The younger Binay daughter said she is a close friend of Lani Cayetano.

This isn’t the first time the two political families found themselves at odds with each other. In 2013, Lani Cayetano and Junjun Binay were in a media word-war over a Court of Appeals ruling that reverted 730 hectares of Fort Bonifacio to Makati.

Senator Cayetano and his brother, Taguig Representative Lino Cayetano, also hit back at Binay, and insisted that Fort Bonifacio is “legally, historically, and factually” part of Taguig.

The rift was temporarily solved a month later when Makati Mayor Binay paid a visit to Mayor Lani Cayetano at the Taguig city hall. The Makati mayor offered to share revenues from Fort Bonifacio for “a certain period of time.” Cayetano said then that she would review the Makati mayor’s proposal. – Rappler.com