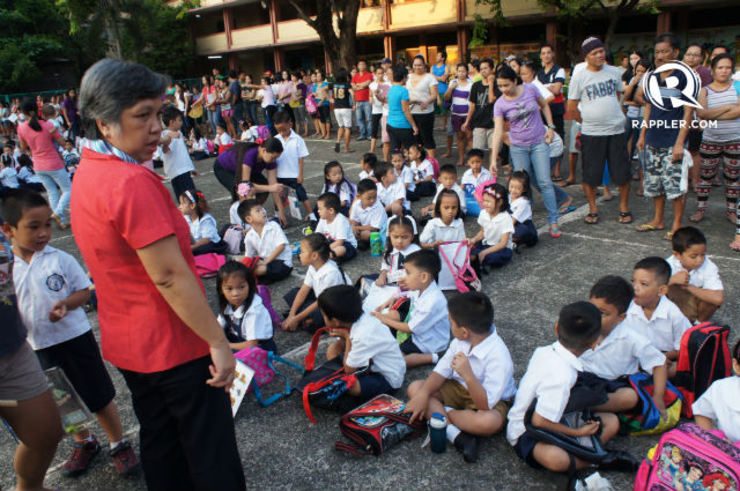 (What I know is that among the proposed numbers, what your group proposes looks more conservative and realistic.)

Tinio asked the education secretary whether he believed there is already a need to increase the salary of teachers in public elementary and high schools.

“Opo naman, at siguro ang pinag-uusapan lang yung magkano (Of course, but we have to talk about how much) ,” Luistro answered. (READ: INFOGRAPHIC: How much are public school teachers getting?)

He said DepEd is “very supportive” of any increase in the salary of teachers within the budget of the administration.

(We were not able to put this in the 2015 budget because during that time, what I know is some members of Congress and the DBM were already in talks for an extensive study on this. What I know is it is not only for teachers.)

Luistro also assured Tinio he will always be the bridge of Filipino teachers and the current administration. In fact, in Cabinet meetings he said he presents a “good picture of the needs of teachers.” (WATCH: DepEd aiming to hire and keep best and brightest teachers)