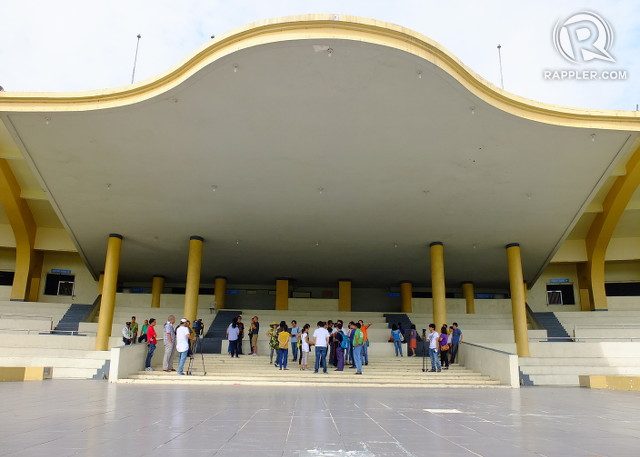 MANILA, Philippines – The Department of Public Works and Highways (DPWH) has begun renovations on the Quirino Grandstand in preparation for the January 2015 visit of Pope Francis.

According to DPWH Undersecretary Alfredo Tolentino, the renovations aren’t solely for the Pope’s benefit, as the renovations will also be ready in time for the Feast of the Black Nazarene, held every January 9.

Tolentino also said that the renovations are estimated to cost around P20 million. This includes repairs, the inclusion of wooden platforms, and repainting of the entire area. He added that the DPWH was asked not to spend a large amount, considering the Pope’s frugality.

Radio station DZMM also reported that around 400 portable toilets will likely be needed in addition to an additional security feature for the Pope’s visit: a few kilometers worth of concrete barriers.

The DPWH stressed that it would finish all these preparations by December, though they expect to do more follow-up repairs following the celebration of the Feast of the Black Nazarene, which will occur before the Pope’s arrival. – Rappler.com