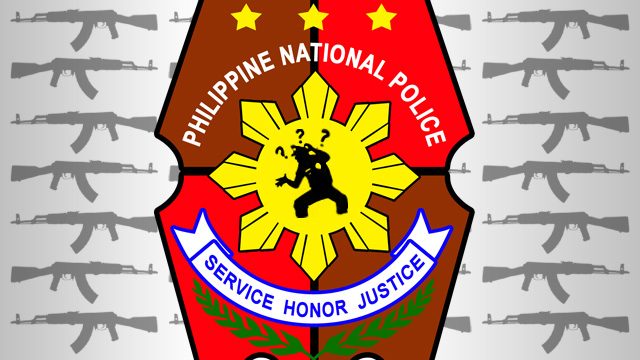 Facebook Twitter Copy URL
Copied
The PNP has failed to file graft complaints againstretired and incumbent generals over 1,004 missing firearms that found their way to communist rebels so the Ombudsman builds up a case on its own

MANILA, Philippines – Several retired and incumbent police generals are facing criminal and administrative complaints for a case of 1,004 missing AK-47s.

An earlier investigation by the Criminal Investigation and Detection Group (CIDG) revealed the firearms had ended up in the hands of the communist New People’s Army (NPA).

In a statement on Thursday, November 13, the Office of the Ombudsman said the following Philippine National Police (PNP) generals are named in complaints of falsification, graft and corruption, and violation of the Private Security Agency Law:

The other respondents are:

The PNP personnel are either with or were once assigned to the PNP’s Firearms and Explosives Office, which handles the processing of gun licenses. On top of criminal charges, the PNP officials face administrative charges for grave misconduct and serious dishonesty, according to the Ombudsman.

The complaint against them also asked that they be suspended pending the investigation, which will be led by a 5-lawyer special panel created by Ombudsman Conchita Carpio Morales. The panel will conduct the preliminary investigation and administrative adjudication of the cases, the Ombudsman said.

The PNP CIDG earlier announced in June that it was eyeing the filing of charges against at least 19 PNP personnel over the case. In 2013, the PNP FEO discovered some 1,004 AK-47s supposedly bought by mining firms and security agencies could not be accounted for.

But the PNP later took back Magalong’s announcement. The charges now are a result of the motu proprio case build-up by the Office of the Deputy Ombudsman for the Military and Other Law Enforcement Offices based on a news report. This means the Ombudsman went ahead with its case build-up even without a complainant.

From the PNP to the NPA

The CIDG’s investigation revealed the firearms had ended up in the hands of the New People’s Army (NPA) through Lozada, who bought the riffles through authorized firearms dealer Twin Pines. Lozada claimed the NPA threatened to kill him and his family in 2010 unless he supplied them with the firearms.

The CIDG’s probe would also reveal that Caraga Security Agency’s license to operate had expired by September 2012. Magalong said then that Lozada purchased the firearms in “trickles” from 2011 to shortly before the May 2013 elections.

FEO officials could be in trouble for processing and approving Lozada’s application “despite irregularities,” the Ombudsman said.

Some of the riffles have been recovered by authorities after encounters between military, police, and the NPA. Most of the firearms, however, could no longer be identified since they had been tampered with. – Bea Cupin/Rappler.com