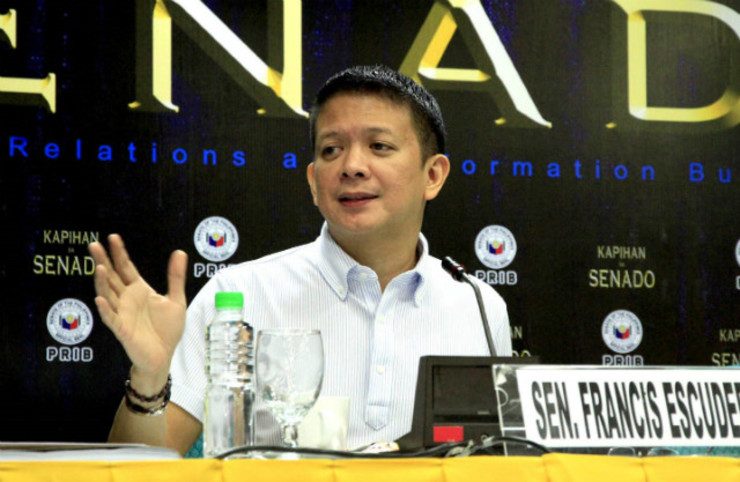 MANILA, Philippines – Senate finance committee chairman Senator Francis Escudero said he does not anticipate any problems when the bicameral conference committee meets to reconcile the Senate and House of Representatives’ versions of the proposed budget for 2015.

In a press conference on Thursday, November 27, Escudero expressed confidence “level heads and reasonable, rational heads and minds will prevail” when the committee meets. “We didn’t encounter any problems during the last bicam,” he noted.

The senator said “major disagreeing provisions” between the Senate and House versions include the P19 billion that the House realigned compared to the P96 billion realigned by the Senate.

The issue of “savings” will also be a major point when the bicameral conference meets. The Senate version has “special provisions on savings, augmentation, [the] penal clause at [the] express prohibition on post-enactment intervention,” while the House version has none.

“In my view, the Senate defines savings this way: the money must first be released and entered into exceptions before it can be declared savings. From the point of view of the House, even if the money hasn’t been released yet, it can already be considered savings,” said the senator in a mix of English and Filipino.

Senator Miriam Defensor Santiago raised alarm over the proposed P2.6 trillion budget’s “broad” definition of “savings,” which states that “savings can be declared at any time for whatever might be considered ‘justifiable reasons.’”

On Thursday, Escudero said the Senate’s version of the budget and its definition of “savings” is “clear and more compliant.”

“My position is this: better safe than sorry in complying with the Supreme Court’s decision – instead of risking that the Supreme Court declare it unconstitutional again. The problem there is that projects may get delayed again,” said Escudero.

The bicameral conference will be open to the public and livestreamed on the Senate website. – Rappler.com