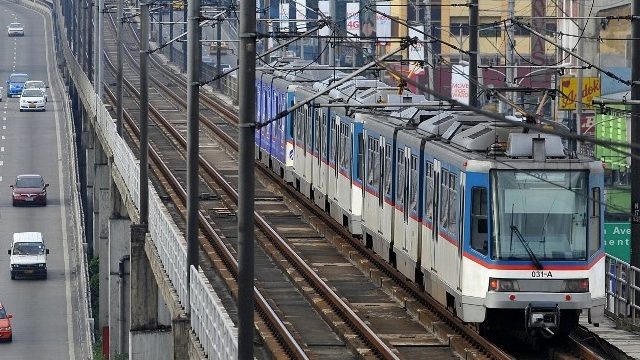 Facebook Twitter Copy URL
Copied
(UPDATED) Malacañang says the process of improving the train systems has begun, as two groups file separate petitions before the High Court to stop the implementation of the MRT and LRT fare hikes

MANILA, Philippines (UPDATED) – To further appease the frustrated commuting public due to an increase in train fares, Malacañang on Tuesday, January 6, said the process of improving the Metro Rail Transit (MRT) and the Light Rail Transit (LRT) has begun.

Communications Secretary Sonny Coloma said many project implementations are slated for next month but added many of these have been jumpstarted. “We have announced the conduct of public bidding, and after the completion of the bidding itself, the process of awarding and publication,” he said.

Coloma also showed charts with the timeframe of every project related to improvement and upgrades “to explain and let the people understand the context” of increasing train fares.

Among the projects planned for the train lines is the addition of 48 MRT coaches starting in September which he said would increase the number of trips and decrease waiting time. Rail installation and improvement are also priorities.

Other projects include the upgrade of ancillary systems like power substations, and depot facilities for parking, the construction of North Avenue turnback and Taft Avenue pocket track extension, upgrade of signaling system, overhauling of 25 light rail vehicles, overhauling of traction motors, and the installation of new radio communications system.

Coloma’s statements come two days after the government implemented a controversial fare hike which trigerred public protests as well as criticism from some lawmakers. The administration argues however that the hikes have been long-delayed, and the decrease of government subsidy will benefit other provinces which will receive extra funds for various projects.

On Tuesday, two groups filed separate petitions before the Supreme Court seeking a temporary restraining order (TRO) on the implementation of the fare hike – Bayan Muna and the United Filipino Consumers and Commuters Inc led by its president, Rodolfo Javellana Jr.

Bayan Muna party-list Representative Neri Colmenares claimed that by imposing a fare hike, “Malacanang is taking the people for a ride because there is no need to increase fares.”

“Annual MRT and LRT revenues outstrip operation expense so it is deceptive for government to insist that it is losing,” Colmenares said.

“The fare hike is beyond doubt unjustifiable because up till now the DOTC has yet to account for the more than P120.7 billion it has spent on the MRT for the pass 10 years. Worse, with all the funds spent the MRT service is very dismal and still deteriorating,” Colmenares said.

He alleged that by hiking fares, Malacañang wants “discretion over the savings and turn this into a Disbursement Acceleration Program (DAP)-like pork barrel to be spread to their favourite politicians.” – Rappler.com