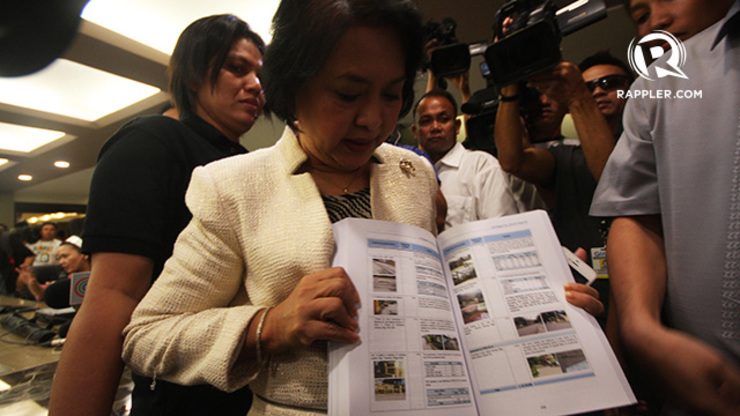 Facebook Twitter Copy URL
Copied
On accusations that the special audit report on the pork barrel scam only targeted opposition lawmakers, Tan says: 'That’s a lot of B-------. You can print that'

MANILA, Philippines – Commission on Audit (COA) Chairperson Maria Gracia Pulido Tan is retiring on Monday, February 2, and says she’s leaving behind the legacy of providing the impetus for the abolition and eventual banning of the corruption-ridden pork barrel.

As COA chair, Tan produced the first comprehensive report on how the discretionary development funds of senators and congressmen had been misused in the last 3 years of the Arroyo administration.

“It is my greatest fulfillment to lead this 9,000-strong organization. We did ground-breaking work together. I did my best with the time I was given and it was enough. No regrets,” Tan said.

Tan is set to retire after 3 years and 9 months of service. During her short term, Tan was lauded for her guts and independence, but likewise faced calls for resignation and criticisms of her supposed bias.

On accusations that the special audit report on the Priority Development Assistance Fund (PDAF) scam only targeted the opposition, Tan said:  “That’s a lot of B——-. You can print that.”

Tan was one of the nominees for a vacant seat in the Supreme Court that eventually went to former Solicitor General Jardeleza. During her interview with the Judicial and Bar Council, Tan stood her ground that COA has not given President Benigno Aquino III any special treatment.

What’s next for the COA Chair? For now, she’d rather savor the downtime.

“I am not inclined to take another [government] position at this time. I want to do what I missed doing: clean the house, working in the garden. Just like when I first came to COA, no plans. I leave it to God,” Tan replied when asked if she has received offers for another government post. (READ and WATCH: Women ‘pork’ experts and the men in their lives)

Asked about her possible successor, Tan said she would rather not second-guess the President, but that the next COA chair should be independent. – Rappler.com