Jan 27, 2015 7:30 PM PHT
Carmela Fonbuena
Facebook Twitter Copy URL
Copied
The explosion is not the first incident in the province this year

MANILA, Philippines – Two motorcycle riding men were killed in an explosion in Barangay Poblacion, Pikit town, North Cotabato, at 6pm on Tuesday, Janury 27. They were reportedly carrying the bombs themselves. 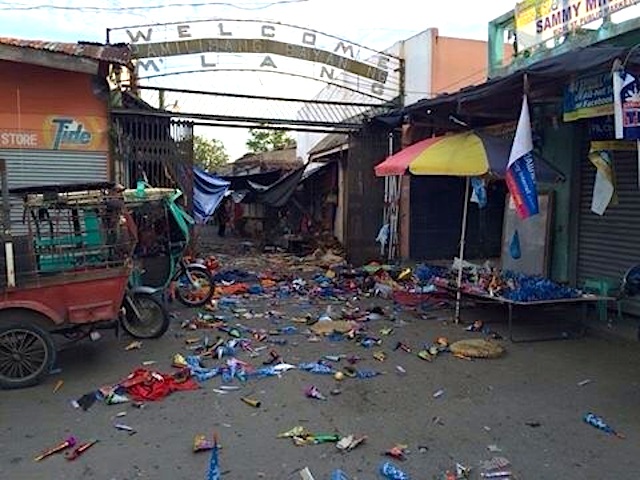 “Two unidentified personnel were dead on the spot who were riding one bajaj motorcycle. Allegedly said persons were carrying the said explosives,” she added.

The explosion is not the first incident in the province this year. On January 18, a bomb attack hit a transmission tower also in Pikit town. The following day, another explosion rocked the public market of Kabacan.