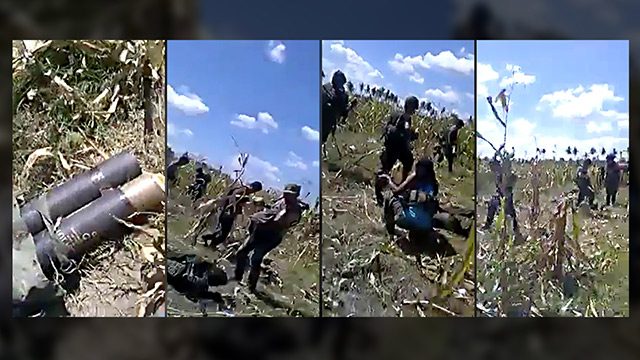 MANILA, Philippines – The Commission on Human Rights (CHR) urged the public on Thursday, February 12, to not only stop sharing the viral video linked to the bloody Mamasapano incident but to also “help identify the original owner/s or uploader of the video.”

In a statement, Chairperson Loretta Ann Rosales said the person or persons who made the video available on the Internet should be “made to account fully before the law.”

The chairperson and commissioners of the CHR watched on Wednesday the video showing a Philippine National Police Special Action Force commando writhing on the ground and finished off at pointblank by another armed man.

On the same day, the Armed Forces of the Philippines asked the public to stop spreading the video: “Our curiosity must not get the better of us.”

Malacañang called the person who uploaded the video “heartless.”

“Equally important, the video and its digital characteristics shall undergo forensic examination in order to qualify it as evidence for the ongoing independent investigation of the CHR,” Rosales said in a statement.

“Justice will only be served if this video is authenticated at the soonest possible time in accordance with legal norms and made part of the evidence in fact-finding, case build-up and prosecution.”

The human rights chief said the acts in the video clearly violated Common Article 3 of the Geneva Conventions, which applies during an internal armed conflict and prohibits torture.

“This legal standard points to a moral duty: the wounded and sick in a battlefield should not be finished off but cared for. Violating this duty is nothing short of barbaric or inhuman,” she said.

“At first blush, the commissioners and I are convinced that the scenes depicted in the video show grave human rights and international humanitarian law violations. The video depicts the commission of a horrifying murder and the desecration of lifeless bodies.”

She immediately ordered the National Bureau of Investigation to validate the video. If proven authentic, it can used as evidence against those who were involved in the clash.

The NBI ’s cybercrime division has the capability to trace the source of the video, and, eventually, the gunman and the victim shown in it, she said.

“These are really barbaric acts. We shouldn’t let those responsible for this to get away…. Even if there is war, or even if there is armed conflict, there are rules of conduct, war conduct,” De Lima said in a mix of English and Filipino.

There was a heated debate at the House of Representatives on Wednesday whether to show the video during a committee hearing. The committee decided not to show it, but asked a battalion commander of the SAF to confirm if it was one of his men shown being killed in the video. He positively identified the SAF commando.

Rappler decided against posting the video and used in its stories and newscast only select sanitized screenshots of the parts confirmed by SAF officials as authentic. We are doing so out of respect for the dead men and their families. As a matter of editorial policy, we do not show video depicting moment of death. – Rappler.com