Mar 19, 2015 2:17 PM PHT
Facebook Twitter Copy URL
Copied
How an open mind, perseverance, and faith brought a woman and her group of informal settlers to their dream community 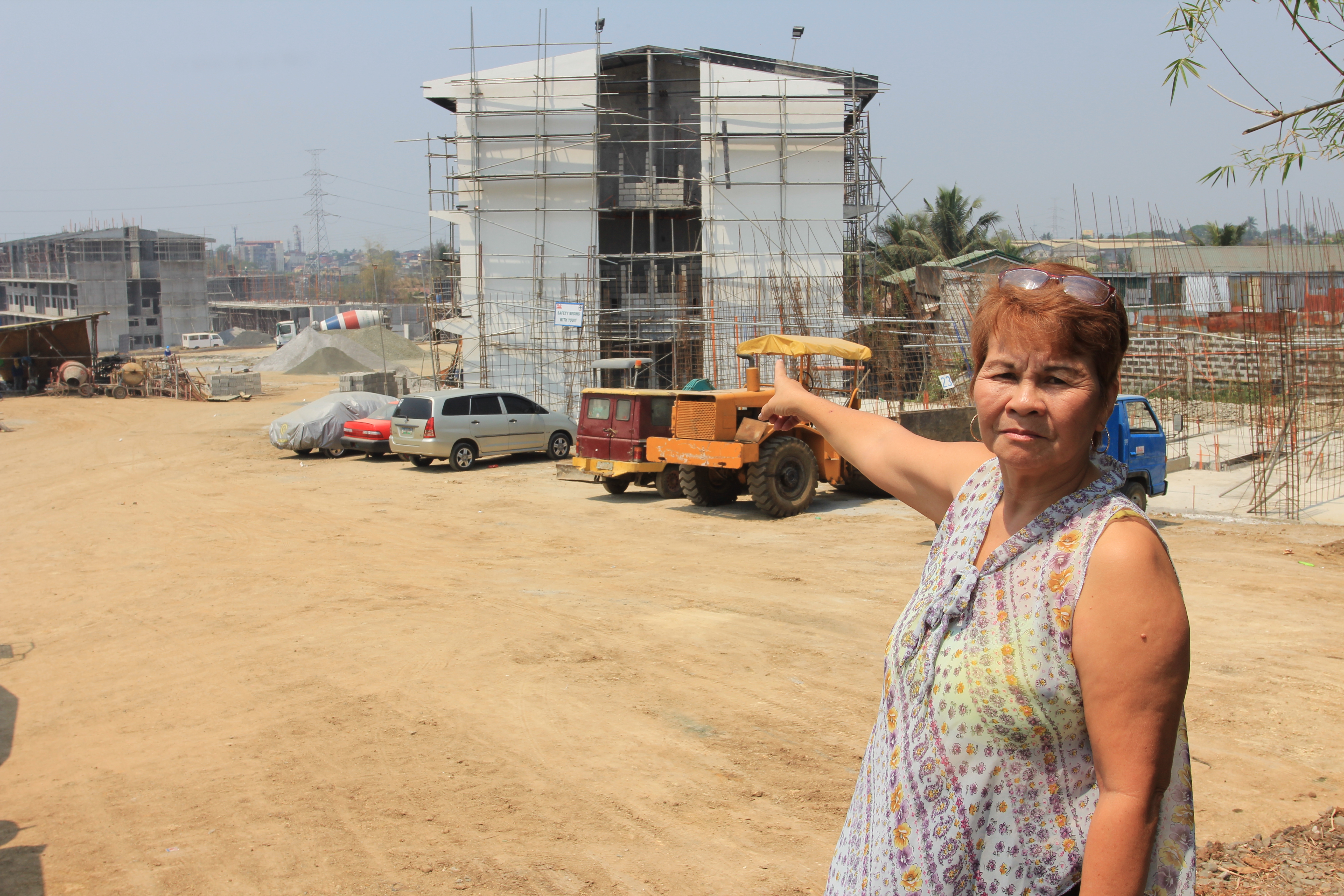 During the rainy season, Catayong would play hide-and-seek with the chest-deep floodwaters that inundated her community. Though a master of this game for almost a decade, she admitted that this situation always terrified her to death.

“Whenever we hear the alarm that indicates the river’s approaching overflow, we can’t help but worry about our family’s safety,” Catayong said.

After the flood subsided, she would return to her house and repair the things that the calamity did not totally wreck. For the past 10 years, this has been Catayong’s semi-predictable routine.

But now, everything’s turning 360 degrees. Catayong and her neighbors, collectively known as the Alyansa ng Mamamayan sa Valenzuela at Caloocan (AMVACA) Housing Cooperative, are gearing up for better and safer lives.

I had a chance to meet Catayong and talk about the sudden change in her life at the site of AMVACA’s future housing buildings in Barangay Ugong. The housing project is under the High Density Housing (HDH) program of the Social Housing Finance Corporation (SHFC), which promotes in-city relocation for informal settler families (ISFs) living in danger zones in Metro Manila.

Amidst the humid weather, Catayong greeted me with a breezy smile. I asked her about the origins of the project. She smiled, and narrated their community’s story, which she is eager to share with everyone.

Mobilizing the community: Challenges and success

It is said that one must really get tired of something in order to undergo change. And this is exactly what Catayong felt as she woke up one morning in November 2011. She was tired of endless demolition threats, of risking her family’s safety whenever disasters come, of uncertainties and sleepless nights. 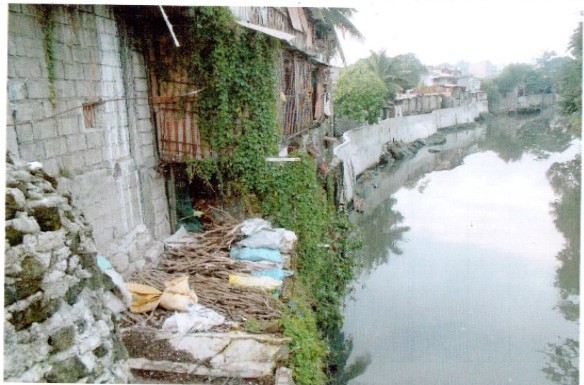 Having been a member of Forever Young, a pro-women’s group in Valenzuela City, Catayong established links with several civic groups. She asked the help of Kilos Maralita, a network of non-governmental organizations (NGO) advocating the rights of the poor, to help her mobilize their community to set up a housing cooperative that can uplift their living conditions.

Kilos Maralita  oriented Catayong about the Aquino administration’s P50-billion ISF housing project for those living along the danger zones in Metro Manila. This news gave hope to Catayong.

Kilos Maralita president Manny Manato was a witness to the humble beginnings of AMVACA. He said that it is difficult to mobilize a community with residents who refuse to have an open mind.

Catayong and other members of Kilos Maralita disseminated the information on the  housing project to other ISF group leaders and encouraged them to join their planned cooperative.

Numerous ISF groups were convinced, others ignored her, and some even filed charges against her before the barangay hall, accusing her of perjury and even a scam.

“Whenever we come near their area, they are threatening us that we will never come out alive. Others spit on us,” Catayong recalled.

While handling these criticisms,  Catayong faced another challenge that almost wrecked her world. Her third child died of overfatigue at age 26.

“I felt very guilty. Because of focusing on our advocacy, I wasn’t able to take care of my child,” Catayong said in a trembling voice.

But this challenge made her stronger and more determined. Catayong said her child used to tell her that they should have a home of their own to be safe from disasters and uncertainties. Her personal tragedy inspired her to pursue her dreams.

Catayong’s cooperative was founded in January 2012. To date, it has 1,140 ISF members, mostly living along waterways connected to the Tullahan River and others under power transmission lines – both identified by the city government as danger zones.

Equipped with knowledge and improved capabilities due to the help of Kilos Maralita and NGOs such as the Institute for Popular Democracy (IPD) and the Institute for Philippine Cooperative and Social Enterprise Development (IPCSED), Catayong and her cooperative took a leap of faith and started the quest for their dream community through the People’s Plan approach.

The concept of the People’s Plan and community-driven housing allows the community to initiate a housing plan that is responsive to their needs and capabilities. The community has the final say in the selection of the site, as well as the developers and building designs.

Through the People’s Plan, Catayong and her group identified the site, a 4.2-hectare vacant lot in the city accessible to their basic needs. They also tapped land developer Performance Builders and Developers Corporation (PBDC) to create the site and building plan based on the community’s perspectives.

“People’s Plan is very effective. All that we have envisioned, from the building structure to the size of the houses, were attained,” Catayong stressed.

The developers said it is their first time to do a community-driven housing project, as they usually work with private organizations, but they took the risk as it is something unique and was “worth” taking the risk.

“It was not an easy project, because it entails a lot of requirements. It was not a lucrative project, but it was very fulfilling, knowing that we played a part in reaching for their dreams,” said Geraldine del Rosario, PBCD vice president for finance.

It took years of hard work and patience before the cooperative found the perfect government agency for their housing needs – the SHFC, a government-owned and -controlled corporation (GOCC), which has an HDH program.

With the help of other agencies including the local government, AMVACA secured the permits needed to commence construction in November 2014, through a P576-million loan, at P400,000 per ISF.

The loan will finance the construction of 30 3-storey housing buildings. Each unit measures 28 square meters and has provisions for a second floor.

Making it happen: Living and owning the dream community

Catayong knew that a lot of things need to be done way after the construction of their dream community, foremost of which is to be financially stable to pay their loans. 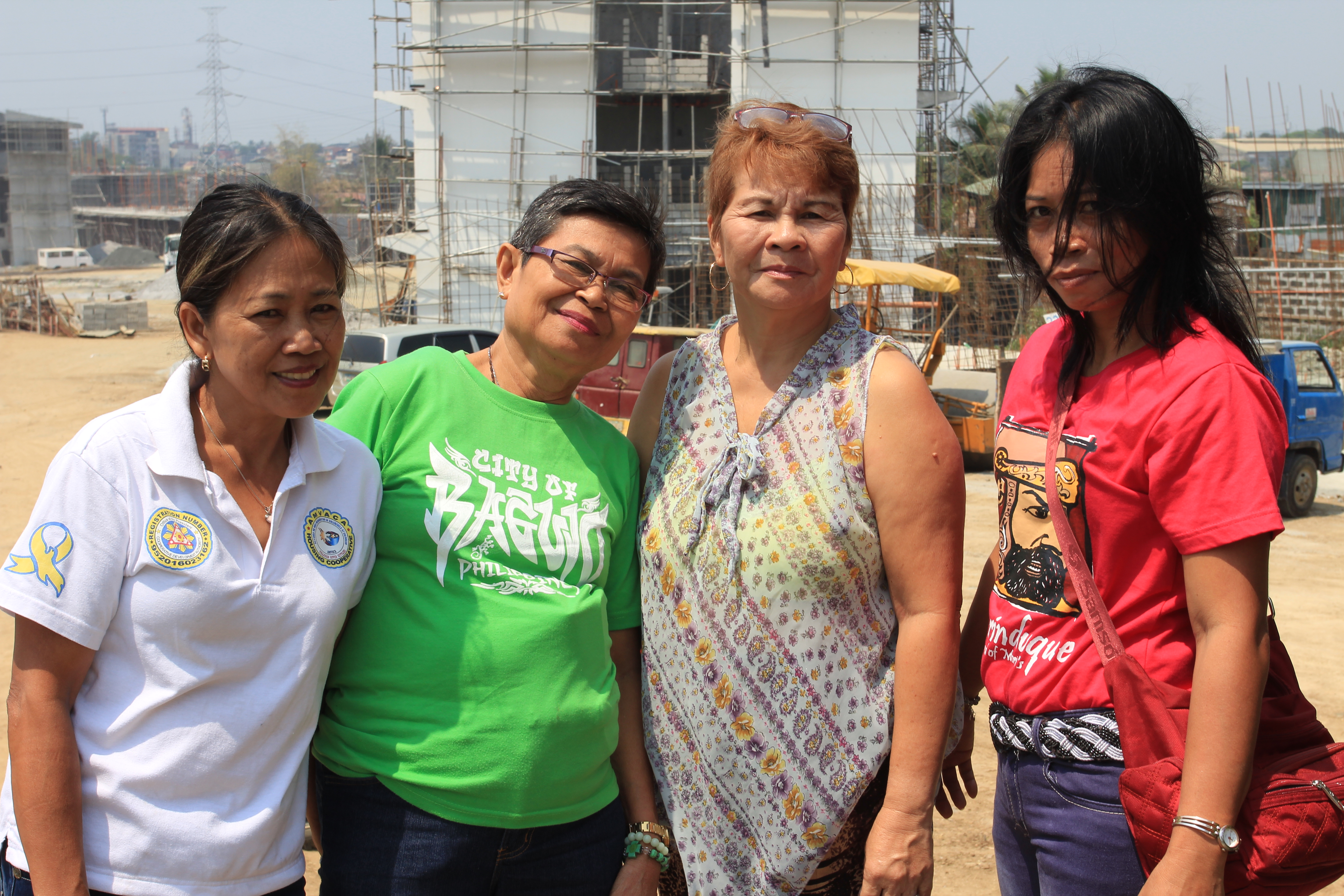 “We already have a lot of saving schemes in mind that we will apply to ensure financial stability,” she noted.

Aside from the housing buildings, there will be commercial spaces in the AMVACA relocation site. Proceeds from the rent of the establishments will go to the savings of the cooperative. There are also plans to put up a wet and dry market, club house, and transient homes.

“Through the People’s Plan, no one will be left behind. No one will get stubborn because every member of the community needs to work hand in hand in shaping their future,” Catayong said.

On March 24, 2015, to mark the enactment of the Urban Development and Housing Act, 3 of the 30 housing buildings will  be turned over to 144 ISFs, including the family of Catayong. It will be a sweet moment for Catayong, as her deceased child’s wish will finally come true.

More than excited, Catayong said she feels vindicated, as she has proved to their critics that the People’s Plan, assisted by civic organizations and the government, is effective.

Catayong has high hopes that other informal settlers who remain along dangerous waterways will soon experience the same major transformation. If only other ISFs keep an open mind and dream of bigger things, everything will be possible, she said.

“As ISFs, we also need to help ourselves and the government especially in solving our housing problems. If we want change, we must also work for it,” Catayong stressed. – Rappler.com