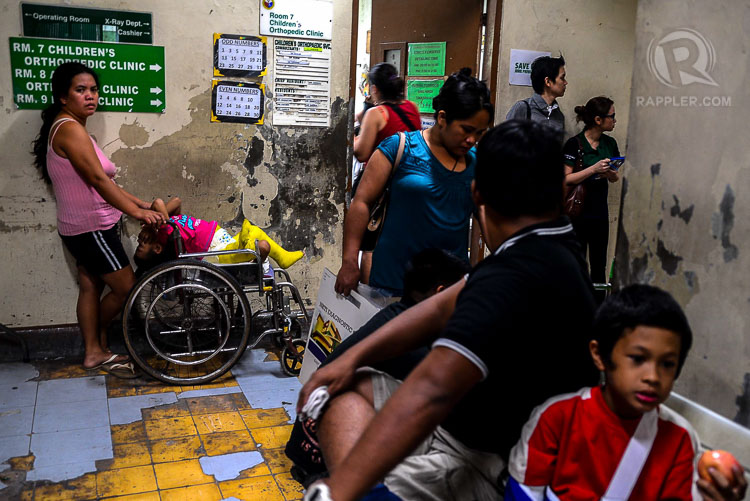 MANILA, Philippines — They say that an ailment afflicting the bones is one of the most piercing of pains. Aiding it requires rigorous treatment, devotion of time and money, faith and hope.

In the Philippines, there is only one public hospital where bone trauma and diseases are treated. Filipinos from all walks of life who are in need of ortho-medical attention go to the Philippine Orthopedic Center (POC) along Banawe in Quezon City.

The POC is known as the only tertiary hospital specializing on bone trauma and diseases. Its patients currently avail of free medicines, supplies, and therapy sessions. This is also where orthopedic patients from all over the country are being referred to.

Elma Borabo, a mother of a POC patient, shared their experience in a private orthopedic hospital. They needed to shell out at least P100,000 for a single operation of her daughter Chyra, who was a victim of a hit-and-run driver. They couldn’t afford the expenses which brought them to the public hospital.

As of posting, she roams the corridor of the hospital in her wheelchair with cemented legs. They have been staying at the hospital for almost two months already. 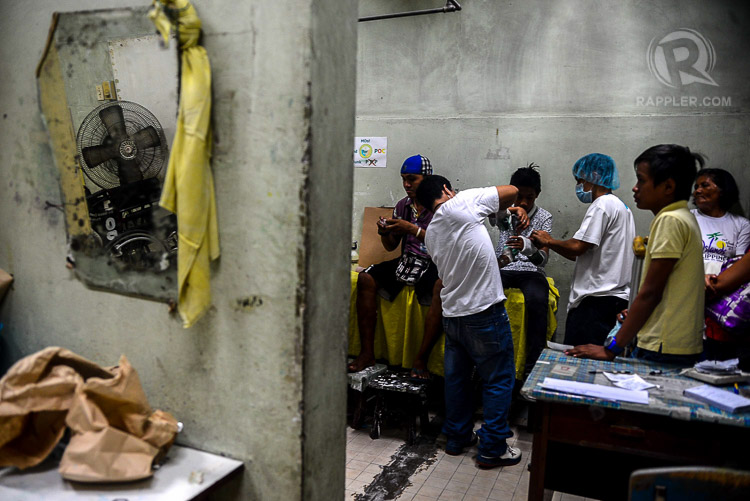 Paeng Javier, who was there to cement his fractured arm, saw the upcoming privatization as being no different from the case of the MRT, which also had to be privatized.

We’re in this together

Not only the patients and the patients’ families expressed their opposition to the pending privatization of the hospital, but also the medical staff, the nurses, and the doctors.

Ron Ron de Castro, who has been working at the hospital for almost 25 years, also believes that privatizing POC would not bring them any good.

“Kapag na-privatize na ito, siyempre mababago ang sistema, sistema sa pagpili ng mga empleyado. Paano ako, 50 plus na sa tingin mo pipiliin pa nila ako ulit?” reasoned De Castro. (Once this is privatized, of course the system will be changed, including the system for choosing employees. How about me, I’m over 50, do you think they’d still choose me?) 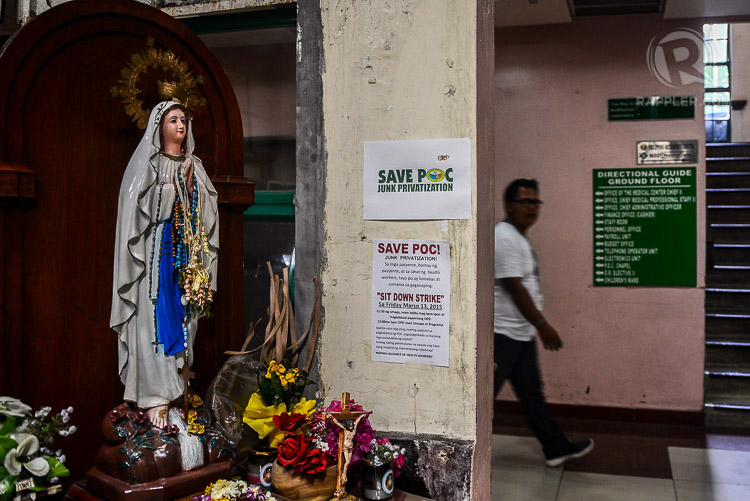 According to former health secretary Enrique Ona, employees will have 3 options. First, they can continue working for the government in the New Rehabilitation Center. Or they can apply for a position in the privatized POC. While for those of a certain age like De Castro, they can choose early retirement.

During the protest organized by the NOHWU-AHW last March 13, 2015, where medical staff, patients, and patients’ carers walked out to conduct a sit-in protest against privatization, Dr Jose Pujalte said they would not let the patients, especially the poor, be left alone, “We know your cry and we will not leave all the years in vain.” 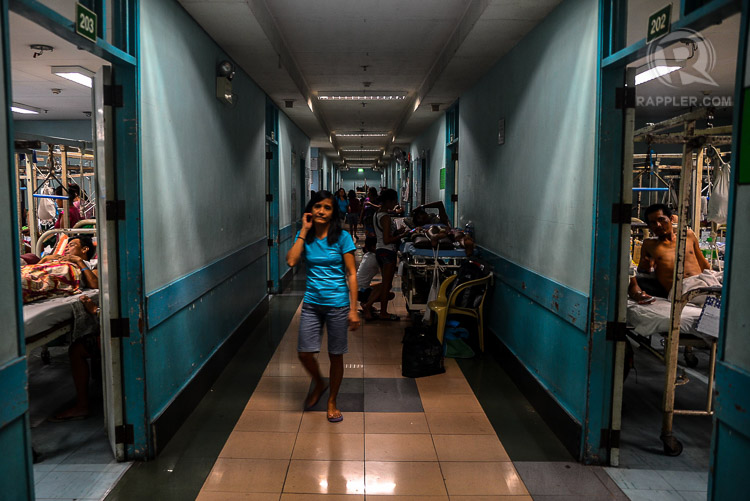 In 2010, Aquino launched the government’s Public-Private Partnership (PPP) program, which was established as a flagship program aimed at funding big-ticket projects that the government could not fund alone.

The health department and Ona repeatedly emphasized they will assure the thousands of POC employees they will not lose their jobs.

For 27-year-old orthopedic patient Michael Cuano, who has been in the hospital with his live-in partner caring for him for 7 months already, said the upcoming privatization is like a sickness waiting to happen and take lives. Michael benefits from the current system where the hospital shoulders almost all the financial load of class D patients.

(Imagine that, if we were discharged from here, we would practically not have to pay for anything. When there’s available medicine, the hospital gives it to us. Imagine how much more we would have to pay if we were in a private hospital.) He fractured his spinal column and has to wear braces to support his back every time he stands from his bed. 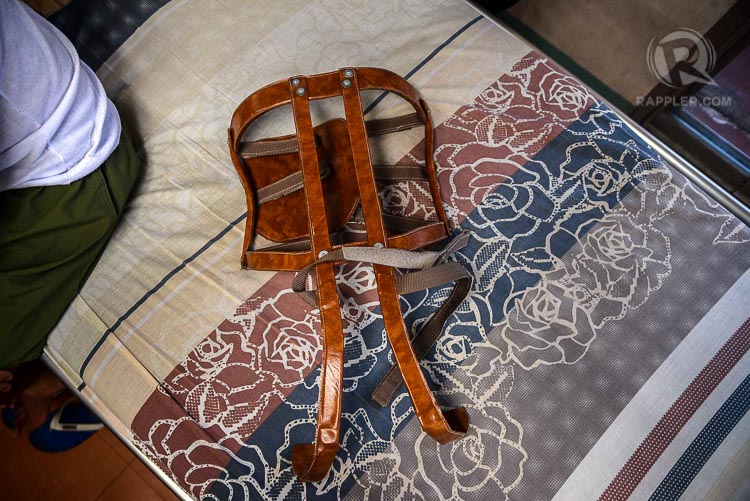