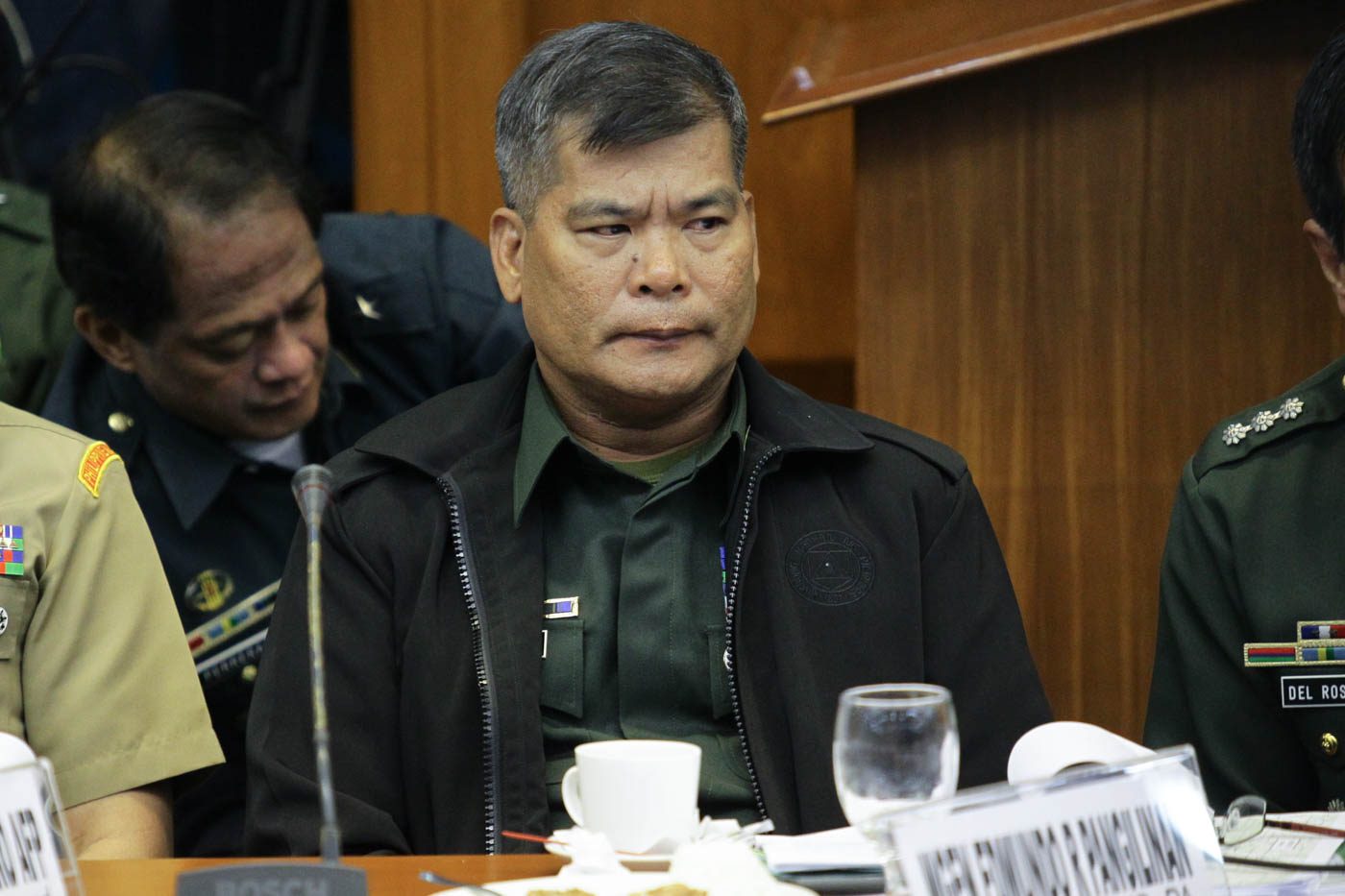 MANILA, Philippines – In a new twist to the complicated story of Mamasapano, Defense Secretary Voltaire Gazmin on Monday, March 23, confirmed that a police Special Action Force (SAF) officer invited to dinner military ground commanders on the eve of the bungled operation that killed 67 Filipinos including 44 elite cops.

The SAF officer brought the commanders out of Maguindanao Saturday night, January 24, to have dinner in Koronadal City (formerly Marbel) in South Cotabato province. It was 10 pm on the same night that the SAF Seaborne unit – the 84th SAF company – jumped off to penetrate the trecherous terrain of Mamasapano.

The SAF operation was kept a secret from the military until the troopers engaged hostile forces in the area the following day, January 25.

(It is true they invited to socials the battalion commander of the 45th [Infantry Battalion] and the 601st Brigade Commander Colonel Melquiades Feliciano. A SAF officer invited them to dinner in South Cotabato.)

This was first revealed by Senator Antonio Trillanes IV, a former Navy officer, to radio station dzMM. Lamenting the incomplete report of the Senate, Trillanes revealed what was discussed during one of the executive sessions in the Senate.

Trillanes claimed the SAF officer supposedly got them drunk to make sure the military will not conduct operations the following day when the SAF launched its manhunt against bomb makers Malaysian Zulkifli bin hir or “Marwan” and Filipino Abdul Basit Usman.

The Army’s 601st brigade and 45th infantry battalion are responsible for the security situation in the municipality of Mamasapano. They are under the command of 6th Infantry Division commanding general Major General Edmundo Pangilinan. (READ: Alan Cayetano blocks promotion of Mamasapano general)

In the wake of the tragedy, sacked SAF commander Director Getulio Napeñas blamed the military for refusing to provide artillery support. The police Board of Inquiry report said the military hesitated because of the peace process.

The military said they cannot fire the cannons if the information on the ground is not complete. (READ: ‘American tried to give orders in Mamasapano’)

Catapang said it was normal for policemen and soldiers to drink together but only if they have no operations the following day. He stressed that the soldiers did not know about the SAF operation. – Rappler.com