Malacañang on saving Mary Jane: ‘Everyone did their part’ 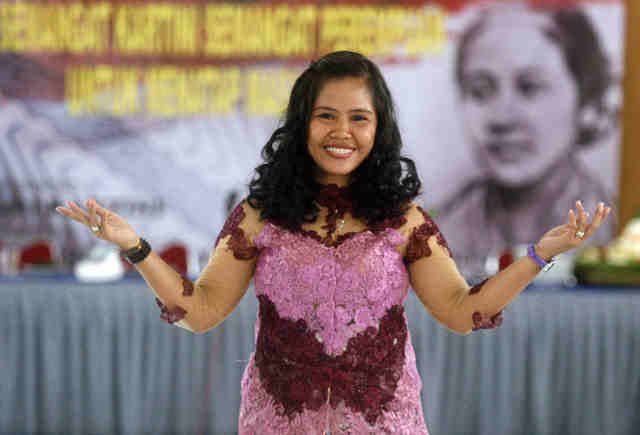 Facebook Twitter Copy URL
Copied
'The whole nation united in prayer and concern, together with people of good will from around the world, made possible this reprieve for Miss Veloso,' says Malacañang

MANILA, Philippines — As the nation debated on who deserves credit for the temporary reprieve granted to Filipino death convict Mary Jane Veloso, Malacañang on Saturday, May 2, offered an answer that everyone can agree on.

“Indeed, everyone did their part,” Deputy Presidential Spokesperson Abigail Valte said in her opening statement in an interview on state-run Radyo ng Bayan.

Valte added, “The whole nation united in prayer and concern, together with people of good will from around the world, made possible this reprieve for Ms Veloso.”

She also reiterated the statement of gratitude earlier expressed by Foreign Affairs Secretary Albert del Rosario to the Indonesian government and all those who stood in solidarity with the Velosos.

Who gets the credit?

Valte brushed aside questions on whether President Benigno Aquino III should get credit for Mary Jane’s reprieve. (READ: Mary Jane Veloso and being on two sides of the elephant)

She added, “But really, at the end of the day, what is important is that our appeal was given due consideration, and that because of that due consideration by the Indonesian government, Mary Jane was able to get a reprieve, ‘di ba?”

Asked  for comment on the Veloso family’s ties with Migrante International, the organization which also helped Veloso, Valte said, “I would not want to talk about their motivation, but at least on the part of the government, we really just want to help.” In a news conference on May 1, the Velosos said it was the public and Migrante that really helped them, and not Aquino, who they criticized for allegedly claiming sole credit over the Filipino death convict’s reprieve.

The comment sparked outrage among netizens. It was disputed by DFA, and earlier statements of the Indonesian government that the execution was delayed because of a “last-minute plea from the Philippine president.” Indonesian authorities had also cited the surrender of Veloso’s alleged recruiter as a factor in their decision.

Valte declined to comment on whether the Velosos’ statements were fair, saying, “Any answer I give to whether it is fair or not will be considered self-serving.”

She reiterated: “It does not matter to the President. As I said, what matters is that our appeal was given due consideration, and that it resulted in a reprieve for Mary Jane.”

Valte then emphasized that the government “does not normally” make cases like Veloso’s, or those involving death row convicts abroad, public out of respect for the host country’s legal procedures.

Filipinos celebrated upon learning that Veloso was not executed along with 8 other death row convicts in the early hours of April 29, following Indonesia’s decision to postpone her execution.

The nation’s euphoria, however, was soon replaced with questions. What is next for Veloso?

Valte said that the Philippine government will continue to support Veloso as it conducts a full investigation on those who had allegedly victimized her, including recruiter Maria Kristina Sergio.

“In this regard, Miss Veloso will stand as a witness against the drug syndicate, which allegedly victimized her, and thereby help neutralize a threat to both the Philippines and Indonesia,” she added.

On  April 30, Aquino said he will order the Department of Justice (DOJ) to fast-track Sergio’s case. Sergio, her live-in partner Julius Lacanilao, and a certain “Ike” are under investigation for illegal recruitment, estafa, and human trafficking in connection with Veloso’s case.

The Philippines is also mulling over a new appeal for clemency for Veloso – the third after Aquino’s past appeals in October 2011 and April 2015.

Valte said the government will continue to provide consular assistance in case the Veloso family needs to return to Indonesia. “Of course, our embassy officials from the Department of Foreign Affairs (DFA) will continue to do their jobs,” she said.

At the end of all investigations, the Philippines hopes to save Veloso by proving that she is merely a human trafficking victim.

Why do they leave in the first place?

When asked whether the government should just “institutionalize” a separate department for overseas work, Valte said the Philippine government already has enough agencies doing the job:

She said heeding the proposal would be like saying that the government supports the exodus of Filipino workers. Valte said the government recognizes the “social costs” of overseas work.

Instead, Valte said that the government wants to attract more businesses and investments in the country to generate more jobs. “so that going to other countries will be a choice and not a necessity.” – Rappler.com