Facebook Twitter Copy URL
Copied
'I think it would be fair to say we accept that there was a connection between Liam being dealt with at school and the consequences that occurred,' says school head Simon Mann

MANILA, Philippines – The British School Manila (BSM) said on Tuesday, May 26, that after reflecting on its systems and their implementation, it saw a “connection” between how student Liam Madamba was dealt with at school, and his untimely death.

BSM school head Simon Mann made the statement at a Senate hearing on the case of Liam, who took his own life in February over problems at school.

Senator Sergio Osmeña III asked Mann if Liam’s teacher – who had been blamed for the student’s ill fate – had committed no crime, as she was allowed to leave the country in March without talking to the Madamba family.

“We went through a rigorous, in-depth review of everything that happened in school. We provided that information to the Independent Review Panel, but also we started with [the] reflection process, looking at whether school systems and implementation of these systems had a direct impact on the student,” Mann said.

He added, “I think it would be fair to say we accept that there was a connection between Liam being dealt with at school and the consequences that occurred.”

Liam, a scholar at BSM, was reportedly traumatized after one of his teachers allegedly made him apologize to the entire school body for plagiarizing a paragraph in his essay even if it was just a first draft.  (READ: DepEd: BSM may face sanctions over Liam Madamba’s death)

He jumped from the 6th floor of the Dela Rosa carpark building in Legazpi Village in Makati City on February 6. He was rushed to the nearby Makati Medical Center but died several hours later.

At the demand of the school’s Parent-Teacher Association, the school convened an Independent Review Panel (IRP) a month after Liam’s death in February 6. 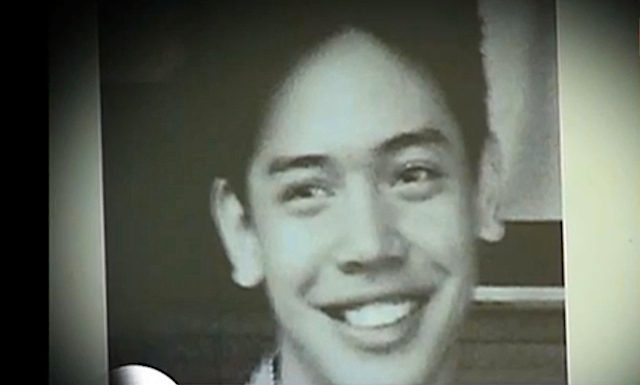 Simon Bewlay, chair of the school’s Board of Governors, said they have investigated the matter with great caution.

The next Senate hearing on the incident will focus on the school’s investigation.

“They organized an Independent Review Panel, but it seems the scope of investigation is being limited,” Senator Sergio Osmeña III, who presided Tuesday’s hearing, told reporters. He noted that only events from February 2 to 5 were reviewed, excluding February 6, when Liam committed suicide.

Liam’s mother Trixie Madamba alleged that the BSM’s Council of Trustees had edited and abridged the IRP report. She is calling for the resignation of both Bewlay and Mann for the leadership’s “bad governance.”

Madamba also wants to hear the testimony of the concerned teacher, Natalie Mann (no relation to Simon Mann).

According to the school head, Natalie requested leave of absence upon advice from the medical care she was receiving. She was advised to spend time with her family in South Africa.

While on leave, however, the teacher tendered her resignation.

“I really still want to find out what happened in that one-on-one meeting my son had with her that really pushed him to the brink and caused his spirit to just become broken,” Madamba told Rappler after Tuesday’s hearing. (READ: Mother of fallen BSM student: Apology letter had ‘red flags’) – Rappler.com