Jun 12, 2015 2:50 PM PHT
Rappler.com
Facebook Twitter Copy URL
Copied
The budget that Congress gave for the license plate project was only P180 million. How was the DOTC and the LTO able to bid out a P3.8-billion contract? 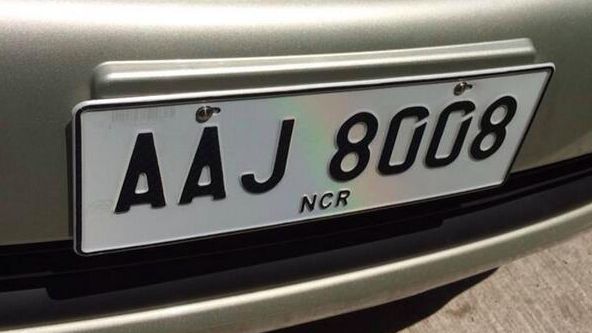 MANILA, Philippines – How could the Land Transportation Office (LTO) have bid out a car license plates project whose cost was 21 times more than the budget it was given?

Senator Ralph Recto on Friday, June 12, raised the possibility that contract for new car plates – made controversial by the delayed issuance of plates to car buyers – might have been illegal.

“To begin with, they (LTO) had no authority to bid out that P3.8-billion project. What they did is illegal because there was no funding for that project in the 2013 budget,” Recto said in a statement.

When the Senate blue ribbon committee last conducted a hearing on the project, Recto asked officials of the Department of Transportation and Communications and the LTO how and why they bid out the project when the DOTC was only given a budget of P180 million for it.

“Normally, you can only bid out a project when there’s SARO (Special Allotment Release Order). In this case, there was no SARO. Kaya nakapagtatakang nai-bid out nila itong napakalaking proyekto (So it’s a puzzle how they were able to bid out a project this huge),” the senator said.

In his statement Friday, Recto renewed his calls to stop the ongoing replacement of license plates amid complaints from motorists and given the questions on the policy that recently surfaced. (READ: Why didn’t LTO pre-order all 5M new license plates?)

(This policy should be stopped. We have no problems with the car plates, so why are they forcing us to replace them? What benefit do we derive from that? It only makes life difficult for motorists and makes them spend money unnecessarily.)

He said “those who have already paid for new set of plates [should] be reimbursed until such time that the LTO can show the Senate and the motoring public that something good can come out of it.”

(No matter how I look at it, it’s not doing us any good and only requires an additional expense to the public. It is the manufacturing company that earns from all this, and to think that the bidding [of the project] was even questionable.)

Recto said the transportation agencies should instead work on easing the traffic jam that plagues Metrpo Manila, and make sure mass transport systems like the trains are working efficiently.

(They should attend to the stressful traffic and the problems with the MRT and the LRT, not this unnecessary requirement of replacing vehicle license plates.) – Rappler.com