Jun 22, 2015 9:03 PM PHT
Ayee Macaraig
Facebook Twitter Copy URL
Copied
'The President should have fired him. You have a tuwid na daan, and yet you have a member of the Cabinet facing plunder charges,' says Senator Pimentel 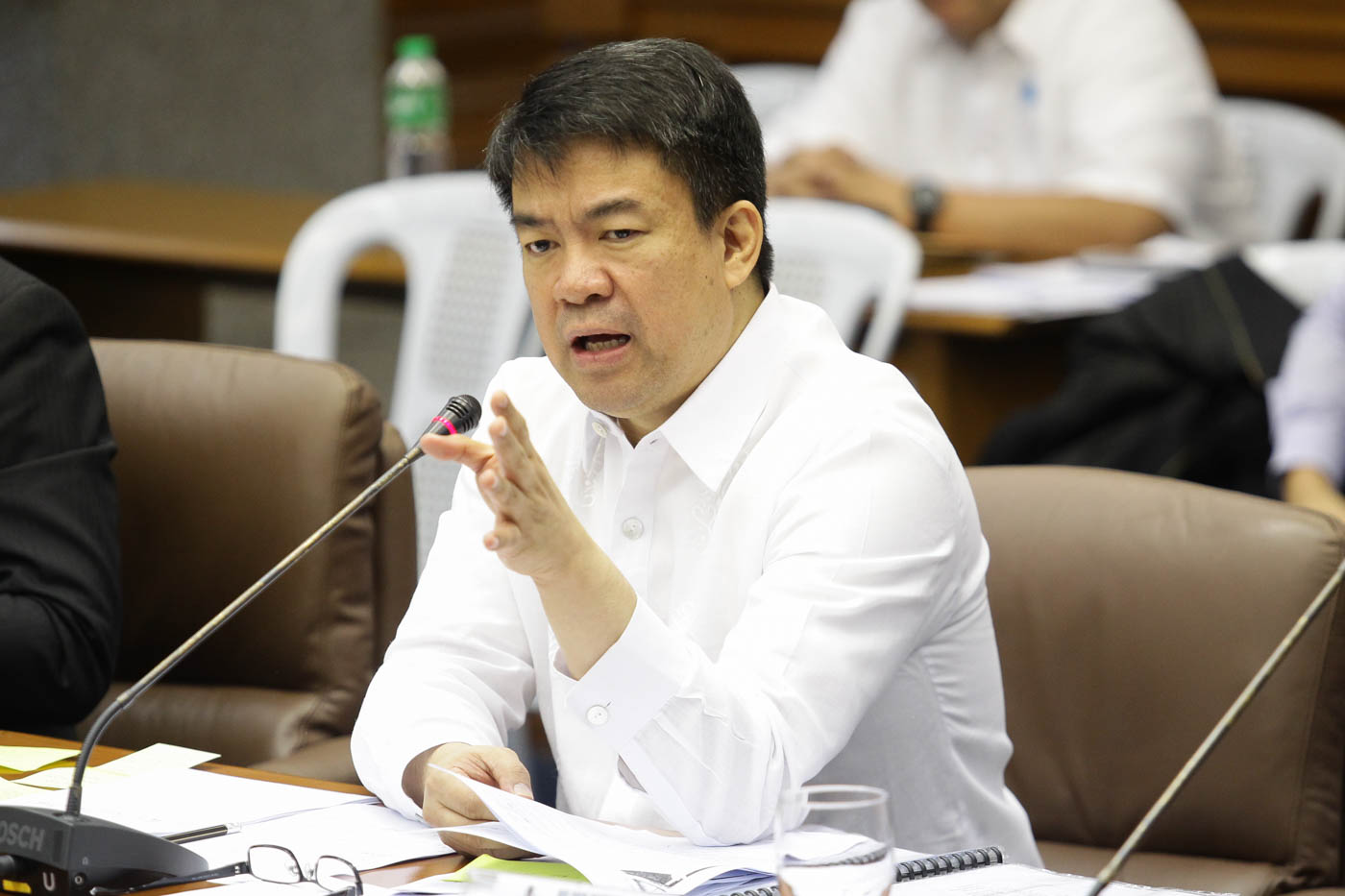 MANILA, Philippines – For Senator Aquilino Pimentel III, it was not surprising that Vice President Jejomar Binay resigned from the Cabinet. The surprise was that President Benigno Aquino III did not fire him.

The senator leading the 10-month investigation into corruption allegations against Binay welcomed the news of Binay’s resignation on Monday, June 22. He joked, “Happy New Year!”

“That’s long overdue, actually he’s not to blame. The President should have fired him a long time ago. Tuwid na daan (straight path)? You have a tuwid na daan, and yet you have a member of the Cabinet facing plunder charges before the Ombudsman, being investigated by the Senate, by the AMLC (Anti-Money Laundering Council) and he’s a member of your Cabinet,” Pimentel told Rappler in a phone interview.

“Membership of the Cabinet is at the sole discretion of the President so why did it take a resignation to remove him?”

Binay though enjoys personal ties with the President. Their families have known each other since the martial law years, when Binay as a human rights lawyer supported Aquino’s mother, Corazon. The late President Aquino appointed Binay as her first officer-in-charge mayor of Makati in 1986.

A lawyer and a Binay ally-turned-rival, Pimentel said that the resignation bolsters his argument that the Vice President is not immune from suit. He said Binay must be charged in relation to the allegedly overpriced Makati parking building.

“He becomes a pure vice president with no work to do. Therefore, that renders the non-suability [argument] moot and academic. The President is immune from suit because he has a full-time job. The vice president on paper is not the chief executive,” he said.

The senator is the chairperson of the Senate blue ribbon subcommittee that recommended the filing of plunder charges against Binay and his son, Makati Mayor Jejomar Erwin “Junjun” Binay, over the parking building.

Pimentel said: “Now it becomes very, very clear that he has no immunity.”

Pimentel’s argument is similar with that of former Supreme Court justice Vicente Mendoza, who earlier told Rappler that the elder Binay is not immune from suit.

Mendoza said Binay allegedly committed corrupt acts in his previous position as Makati mayor, and not as vice president, and that the vice president does not have “multifarious duties and powers” like the president.

Binay is the subject of investigations by various government agencies over alleged corruption in infrastructure projects in Makati where he was mayor for 21 years. The accusations brought down his popularity, from being the front-runner to the second leading contender in the 2016 presidential polls. Yet he is still the “most trusted” government official, based on surveys.

The Vice President’s allies said his resignation was not related to the controversy but a political move to distance himself from the administration. Binay heads the opposition United Nationalist Alliance (UNA), and has been frequently criticizing administration policies and programs. (READ: Why Binay resigned from the Cabinet)

“This is a very positive political development. More importantly, [the administration] can now go all out against VP Binay,” he said.

Trillanes said he was meeting with his team on Monday night to talk about other supposed anomalies he will raise against Binay. He filed the resolution that began the longest inquiry in Senate history.

Pimentel said that he plans to hold 3 to 5 more hearings, and then conclude the investigation.

The hearings will focus on the land deal between the Boy Scouts of the Philippines (BSP) and property developer Alphaland where Binay supposedly got P188.98 million (US$4.23 million) in campaign funds. The Vice President was just re-elected national president of the BSP over the weekend.

Pimentel added that the hearings will tackle the questions Trillanes raised about loans from the Home Development Mutual Fund (Pag-IBIG Fund), which Binay used to head as chairman.

“I’m anticipating a delay due to the non-cooperation of witnesses. It really depends on the cooperation of the resource persons. But I will request to wind it down,” Pimentel said.

Pimentel said Senator Ralph Recto is the 11th senator to commit to signing his committee report, completing the majority of 11 signatures needed to endorse it before the plenary.

“Senator Recto is just on a trip abroad but he will sign. After that, I will file this in the secretariat, have a committee report number, I will make a sponsorship speech, then open it up to interpellations,” he said.

Senator Francis Escudero, who also signed the report, said Binay’s resignation marks the start of the political season ahead of the filing of certificates of candidacy in October.

“This, I guess, signals the so-called gun start of the 2016 elections where appointed officials begin resigning from their appointive posts in order to concentrate on their respective campaigns,” Escudero said.

The senator urged Aquino to immediately appoint Binay’s successor in the housing and OFW portfolios.

(You can expect that the Vice President values and takes care of this trust, and will pay it back through continued service to the nation.)

Senator Binay was silent on her father’s resignation, leaving it up to him to make an official statement. – Rappler.com