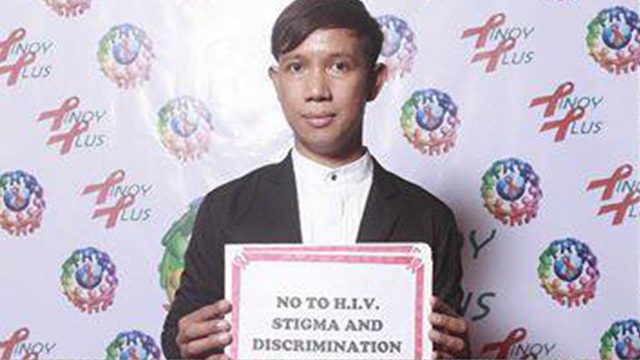 MANILA, Philippines (UPDATED) – For 10 years, Rene Nocos worked as an all-around hairdresser with Ricky Superstyle Color Salon. From time to time, he would be sent to a “poor-performing” branch to help out in its day to day operations until the branch’s revenues increased.

The HIV-positive Nocos recounted this in his position paper before the National Labor Relations Commission (NLRC), which he filed in March 2014 after salon chain owner Ricky Reyes let him go.

On Wednesday, July 1, Nocos publicly spoke out against his former employer, who allegedly fired him on the basis of his testing positive with human immunodeficiency virus (HIV). It’s been a little over a year since he was dismissed from his long-time job.

“Gusto ko ang HIV dito na sa akin titigil (I want HIV to end with me),” he told Rappler in a phone interview, urging others to get tested and not fear treatment if found to be HIV-positive.

He said he went out in the open about his case for two reasons: to “stop all forms of discrimination against people like me” and “for justice to prevail” for workers who have been terminated “without sufficient reason.”

“Ang HIV ay hindi kasalanan. Hindi ito bungad ng isang sumpa (HIV is not a sin. It is not a result of a curse),” he said.

The health department documented 667 new HIV cases in March, the highest since the first documented case in the country in 1984.

According to a 2014 report by the United Nations Aids Organization, HIV was transmitted 93% of the time through sexual contact, with reported cases among overseas Filipino workers also increasing under the same mode of transmission.

Antenatal counseling, screening, and free testing are among the best known ways to combat HIV. 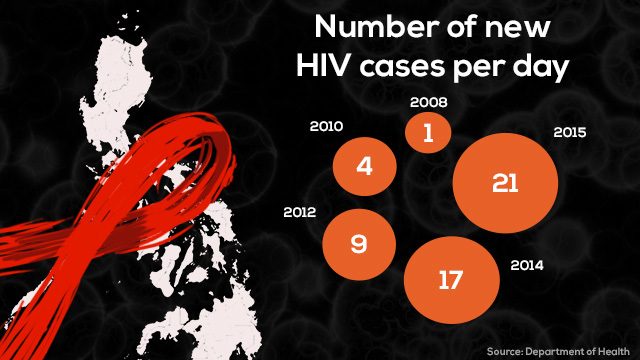 In his position paper, Nocos argues that the two respondents likewise failed to provide their then-hairdresser law-mandated benefits such as his 13th month pay, his holiday pay, and separation pay.

He said he was paid P6,000 monthly for a 12-hour work schedule that starts at 9 in the morning.

According to the Trade Union Congress of the Philippines, the organization that is now assisting Nocos, the salon also failed to religiously remit his monthly premiums for his state social insurance and health insurance. Complaints before the Social Security System and PhilHealth have been filed.

Nocos said it was during one of his visits to a treatment hub when he had learned about the non-payment of his premiums to the state health insurance firm.

Forced to speak up about the lack of resources for his treatment, he had disclosed to Reyes himself that he was HIV-positive. Reyes allegedly ordered him to pack up his things and later on reassigned him to their España branch which was “predetermined” to close. When the branch eventually closed, Nocos was at a loss where to source his livelihood from.

His supporters considered his case a “constructive dismissal.”

“The fears of the respondents that complainant’s health conditions will affect their customers were based on pure surmises and assumptions,” Nocos’ lawyer argued before the labor arbiter.

“It is most respectfully submitted that having tested positive of HIV is not one of the just or authorized causes for termination of an employment,” his position paper reads.

A year since filing, his case is still pending.

Associated Labor Unions executive vice president Gerard Seno said it is usually the cases that have national media attention which are resolved within the prescribed time periods by law.

“We are appealing to the NLRC, SSS and PhilHealth to render as quickly as possible their judgment on the case filed by Rene. The justice rendered by these institutions is very important factor in Rene’s struggle to move his life on. There is no closure and there is no new beginning for him if there is injustice,” he said.

Rene said he is resolute in rebuilding his life.

One thing he asks: to no longer “treat (HIV-positive people) like a scourge in society” as they strive to be productive citizens.

Rappler reached out to the Ricky Superstyle Color Salon, but was told Moreno was not in her office.

On Thursday, July 2,  Pep.ph reported that Ricky Reyes Corporation denied the allegations of Nocos, and relayed its side of the story. The entertainment portal also ran RRC’s full statement on the issue.

“There has never been a case of such experienced by the Ricky Reyes Group of Companies for the past 4 decades in the business. So in the highest degree of respect to persons, we will not allow such actions whether it comes from the management or up to the rank and file to allow such discriminations to occur,” RRC said in its statement.

RRC said it allowed Nocos to go on sick leave, and paid him with a month’s salary. He recuperated after 6 months and presented to the head office a medical certificate as proof of his physical fitness to return to work.

He was then assigned to the branch in España, Manila, but later on, he fell ill again and had to go on sick leave for another 3 months “with payment of his full salary.”

Nocos returned to the salon branch but the salon was not doing well so it was shut down.

“At this point, the employees that were affected by the closure of the salon was told to wait a while until management could relocate them to other salon branches and it was best for Mr Renato Nocos to recuperate and have complete rest until such time that we could hire him again,” RRC said.

Nocos, however, “demanded to still have his salary in full which management declined.” It said the company “waited for him to report back which he never did.” – Rappler.com