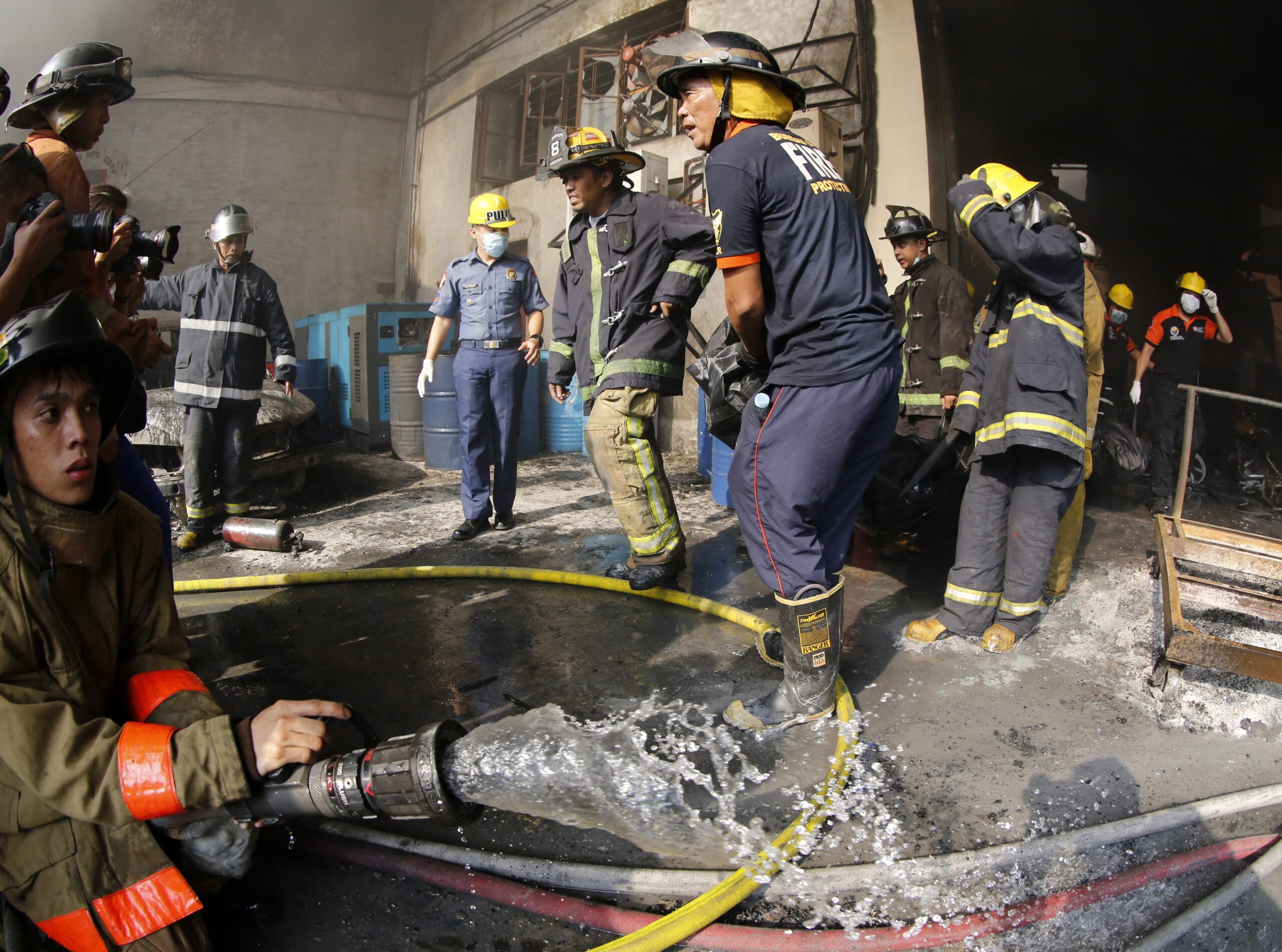 MANILA, Philippines – Labor Secretary Rosalinda Baldoz has endorsed to the justice department the filing of criminal cases against Kentex Manufacturing Corporation owners and officials for underpaid wages and illegal recruitment.

The endorsement is based on the labor department’s probe, which details the same violations by CJC Manpower Services, Kentex’s unregistered sub-contractor, which Baldoz had earlier referred to as the footwear manufacturer’s dummy.

“I have submitted a briefer on the violations of labor laws, detailing possible documentary evidence to support probable cause for the institution of criminal action against Kentex Manufacturing Corporation and CJC Manpower Services,” Baldoz said on Wednesday, July 2.

Baldoz said the endorsement was submitted to Justice Secretary Leila de Lima, who had earlier ordered the creation of a special panel that will determine possible criminal and administrative offenses in the Kentex factory fire that killed at least 72 employees on May 13.

The fire is considered as the largest industrial accident in the Philippines in decades and shed light on widespread non-compliance with occupational safety and health standards in workplaces. (READ: Deaths in PH factory fire show need for decent jobs)

Baldoz’s announcement comes after the DOLE Metro Manila directed Kentex to pay a total of P1.4 million to 57 workers who executed sworn statements before DOLE.

This is on top of the P8.3 million earlier ordered by the DOLE Central Luzon to be paid by CJC Manpower Services to 99 workers, 5 of whom are covered by the DOLE Metro Manila order.

Baldoz explained that the P1.4-million award to the workers only covers general labor standard violations and not other damages from criminal and civil actions against Kentex.

Kentex has 10 days from receipt of the order to pay the claims; if not, it will be subject to double indemnity as provided by Republic Act 8188.

Aside from the ongoing investigation by the justice department’s special panel, multiple legal actions are being pursued against Kentex. A few day after Morales’ announcement, surviving workers and relatives of the victims who perished in the fire filed their own criminal and administrative complaint against select public officials including Baldoz and Interior Secretary Manuel Roxas II.

The complainants said the Ombudsman must probe Baldoz, Roxas, Avila, and 5 others for negligence resulting to homicide and physical injuries, and for  misfeasance of duties and neglect in the performance of functions.

Their complaint was prompted by Aquino’s move to tag only Kentex owners and Valenzuela local government officials as among those who may face possible charges over the massive fire.

A week after, some 52 relatives of casualties and the survivors filed a criminal complaint against 9 Kentex owners and officials for reckless imprudence resulting to homicide as well as violating the Wage Rationalization Act, the Labor Code, and the Social Security System law.

At least the relatives of two casualties refused to settle and proceeded to file their claim before the National Labor Relations Commission. Ammied Rada, whose siblings died in the fire – sister Gerly, 21; and brother Ericson, 25 – said the money could not compensate for their deaths. The deadly Kentex factory blaze is seen as a setback for the Philippine manufacturing industry, an industry that draws foreign investors partly due to cheap labor.

Relatives of workers killed in the fire told Rappler of abhorrent working conditions that put their health at risk, and long hours without the corresponding overtime pay, among others. Surviving workers said they had to buy masks and gloves using their own money.

Independently sourced by Rappler, the video below shows a worker of Kentex factory applying a chemical into pressed rubber without a mask.

Labor groups have aggressively pushed for pro-worker reforms in the aftermath of the tragic Kentex fire. – Rappler.com