From Masinloc to The Hague: A question of livelihood 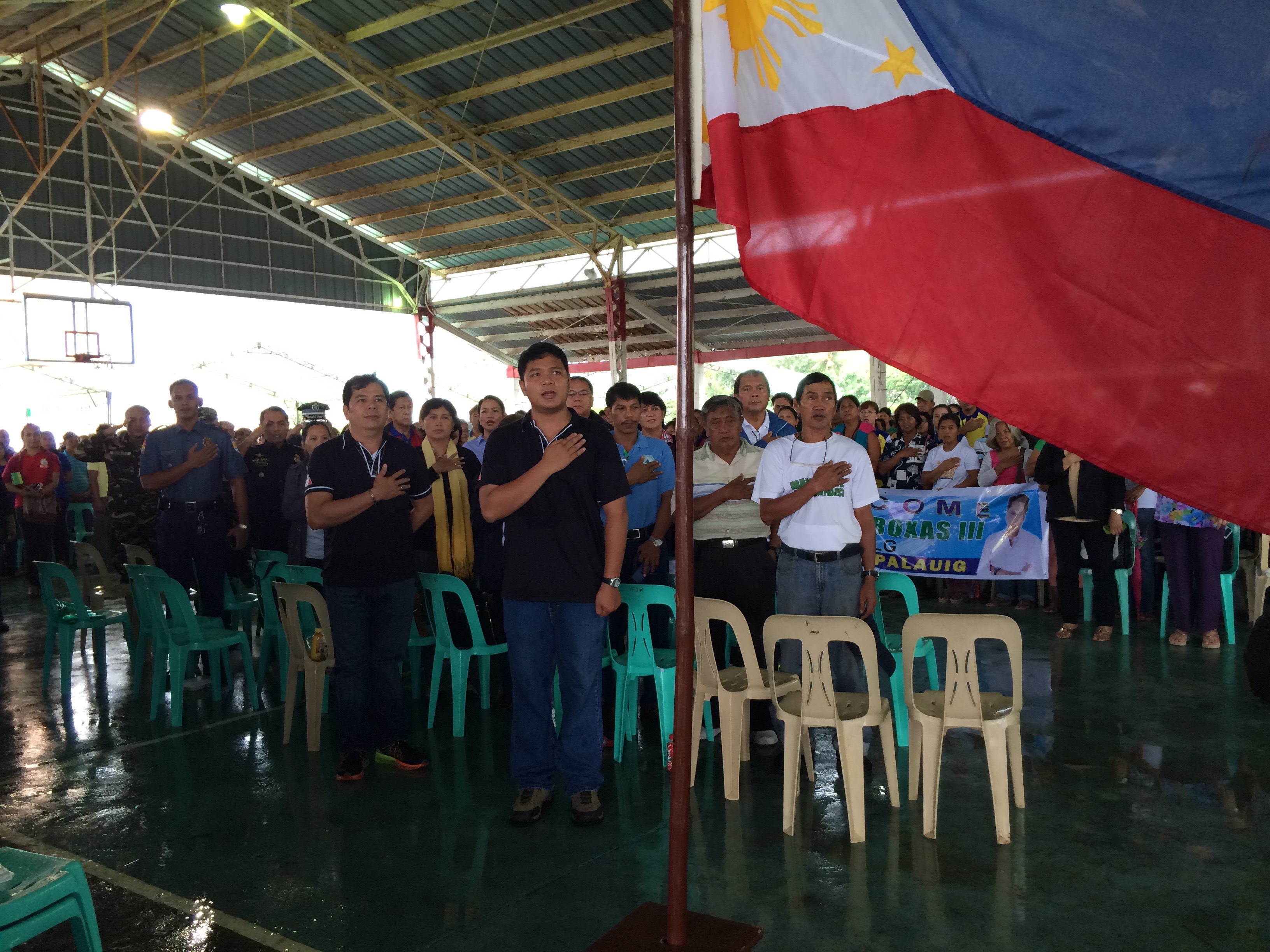 For over 13,000 fisherfolk in the province of Zambales, the issue strikes at the core: it’s a matter of life and death. (READ: PH vs China at The Hague: ‘80% of fish’ at stake)

On Wednesday, July 8, hundreds of locals from the town of Masinloc gathered in one of the town’s covered courts to talk about an issue that has hounded them for several months: tensions between the Philippines and China over areas in the vast sea that the latter is claiming.

Miles away in The Netherlands, the Philippines’ team – composed of top government officials and a team of international lawyers – began the hearings on the Permanent Court of Arbitration’s right to hear the Philippines’ case against China.

A senior justice from the Philippines told Rappler that among the core issues is whether the country can keep 80% of its exclusive economic zone (EEZ) of the South China Sea. 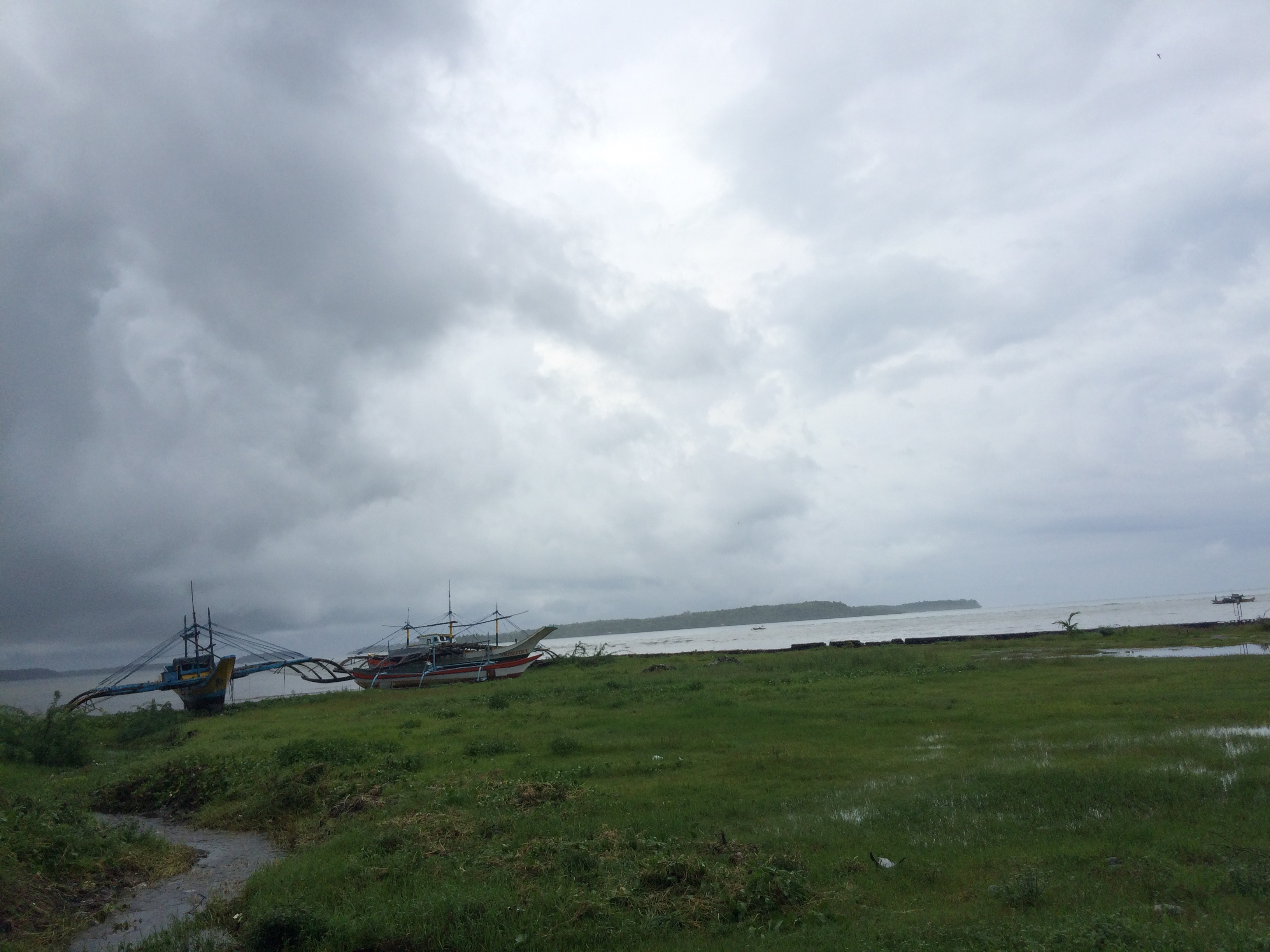 The effects of the case are felt in the province of Zambales.

Eleven of Zambales’ municipalities are coastal communities, with over 13,000 individuals relying on the sea for their livelihood.

Tensions between the two governments have prevented fisherfolk from heading out into open waters – from P50,000 daily, they now roughly earn P10,000 for a day’s worth of fishing.

“There are reports from the fisherfolk here that they’re hesitant to fish at Bajo de Masinloc because of some reports… there was an instance when the Chinese drove out local fisherfolk through water cannons,” Florida Dijan, Department of the Interior and Local Government regional director for Central Luzon told reporters on the sidelines of the consultation meeting.

“When these issues are tackled in the Netherlands – which we will hopefully win – we want to assure locals who rely on fishing that the government it doing all it can to help them,” said Dijan in a mix of English and Filipino. (READ: Full text: The Philippines’ opening salvo at The Hague)

In April 2015, the Philippine government confirmed that fishermen were driven away by Chinese coast guard personnel in Bajo de Masinloc, a free fishing zone that was taken over by the Chinese in 2012.

In a briefer, the Philippine government says Bajo de Masinloc “is an integral part of the Philippine territory” located 124 nautical miles west of Zambales, right within the country’s 200 nautical-mile EEZ (Exclusive Economic Zone).

This means the Philippines has the right to fish in the area. (READ: Q and A: Case vs China ‘not enough,’ expert says) 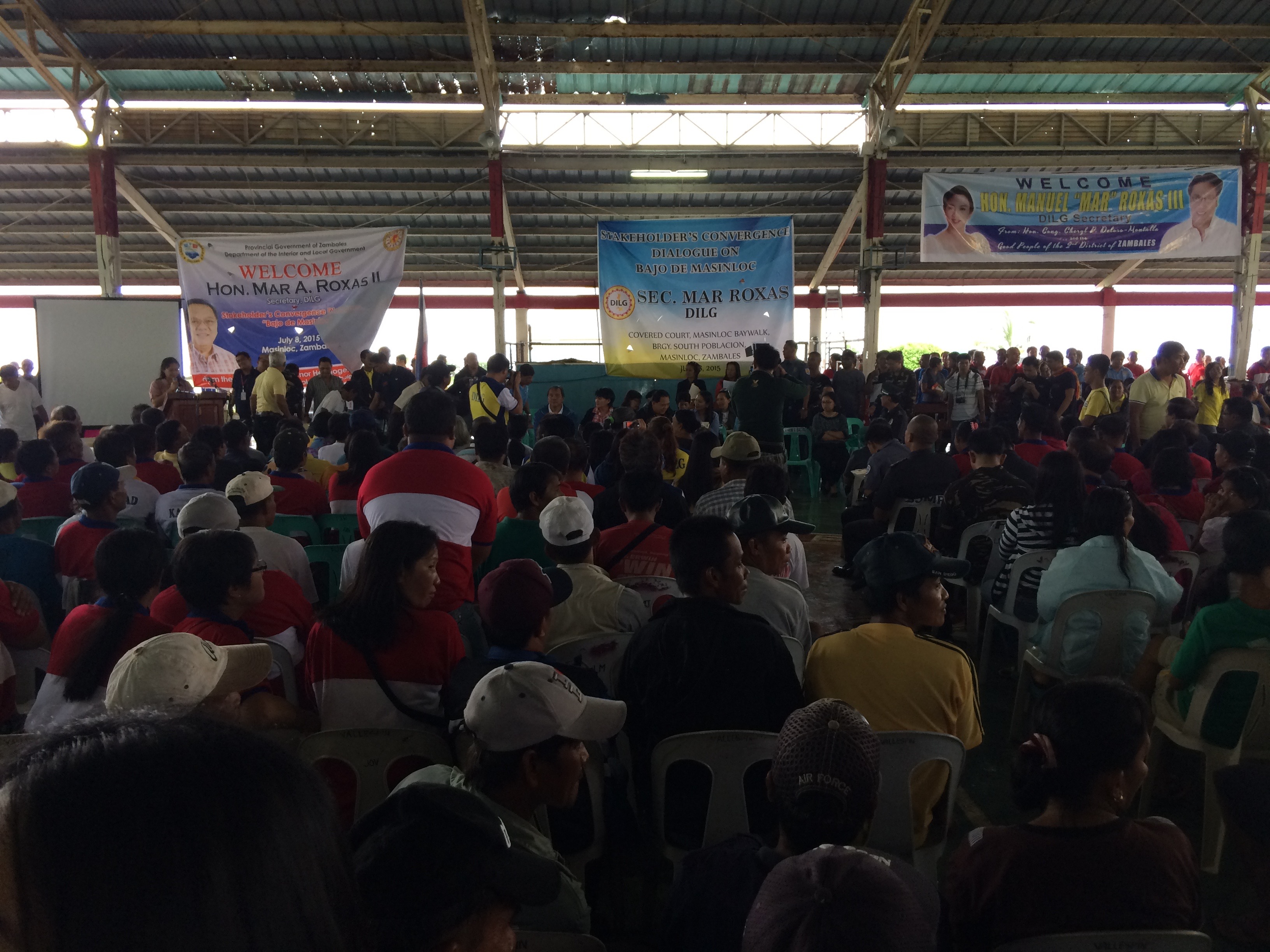 The Philippine government asserts that “Bajo de Masinloc (also called Scarborough Shoal but referred to as Huangyan Island by the Chinese) is a ring-shaped coral reef, which has several rocks encircling a lagoon.

China, other the other hand, argues that Bajo de Masinloc is an island. It also asserts that it has jurisdiction over the area, based on historical claims. (READ: Why China calls it Huangyan Island)

“The point of this forum was that hopefully, Secretary Roxas would be able to hear the sentiments of the locals and in turn, relay this to the team in The Hague,” Dijan said. Interior Secretary Manuel Roxas was supposed to be part of the forum, but was unable to fly from Manila to Zambales due to bad weather.

Provincial and local government officials, as well as representatives from national agencies were also present during the meeting.

Alternative livelihood programs are being offered to fisherfolk in the area so they have other means of earning when the typhoon and monsoon season comes, or if the conflict between both countries escalates.

But for old, weary men who’ve known nothing else in their lives but fishing, the debate over Bajo de Masinloc goes beyond rock formations, nautical miles, and EEZs.

It’s a question of how and when food can be put on their tables. – Rappler.com