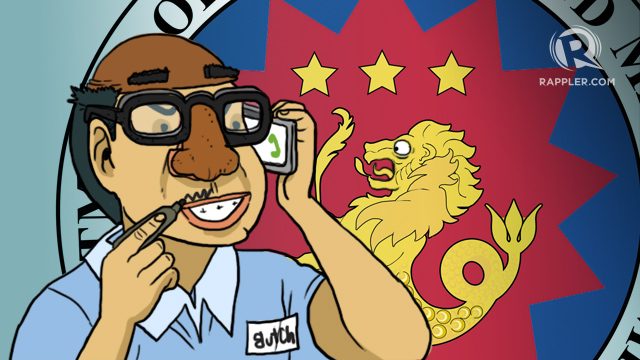 MANILA, Philippines – The Department of Budget and Management (DBM) has cautioned local government officials and the public to be weary of individuals posing as Budget Secretary Florencio “Butch” Abad or officials of the department asking for money in exchange for the release of government funds.

In a statement issued on Sunday, July 19, the DBM detailed a fraud scheme involving phone calls made to various local governments and even members of the public by supposed DBM officials asking for money in exchange for fund releases.

Some of the municipalities and cities whose mayors were approached by these unscrupulous individuals include: Maragusan, Compostela Valley; Ragay, Camarines Sur; San Luis, Aurora; and Loreto, Dinagat Province. All of the mayors approached had reported each of their incidents to the DBM.

“I and my colleagues in the DBM condemn these acts. We do not tolerate fraud or bribery. Our position is strong and clear: irregularities should not have a place in any part of the budget process,” Secretary Abad said.

“We ask the public and our peers in government to be vigilant against impersonators and potential fraud. Please reach out to my office or to your local DBM officials if you have received phone calls of this nature,” Abad added.

The DBM also said most budget items were already released at the beginning of the year, as part of the Aquino administration’s reform program to increase “efficiency, transparency, and accountability in public spending.”

The agency is asking the public to report any suspicious calls or bribery attempts related to the budget department to the nearest DBM regional office. The public can also report to the Office of the Secretary directly via email (publicinfo@dbm.gov.ph) or telephone (02-791-2000 loc 2602). – Rappler.com