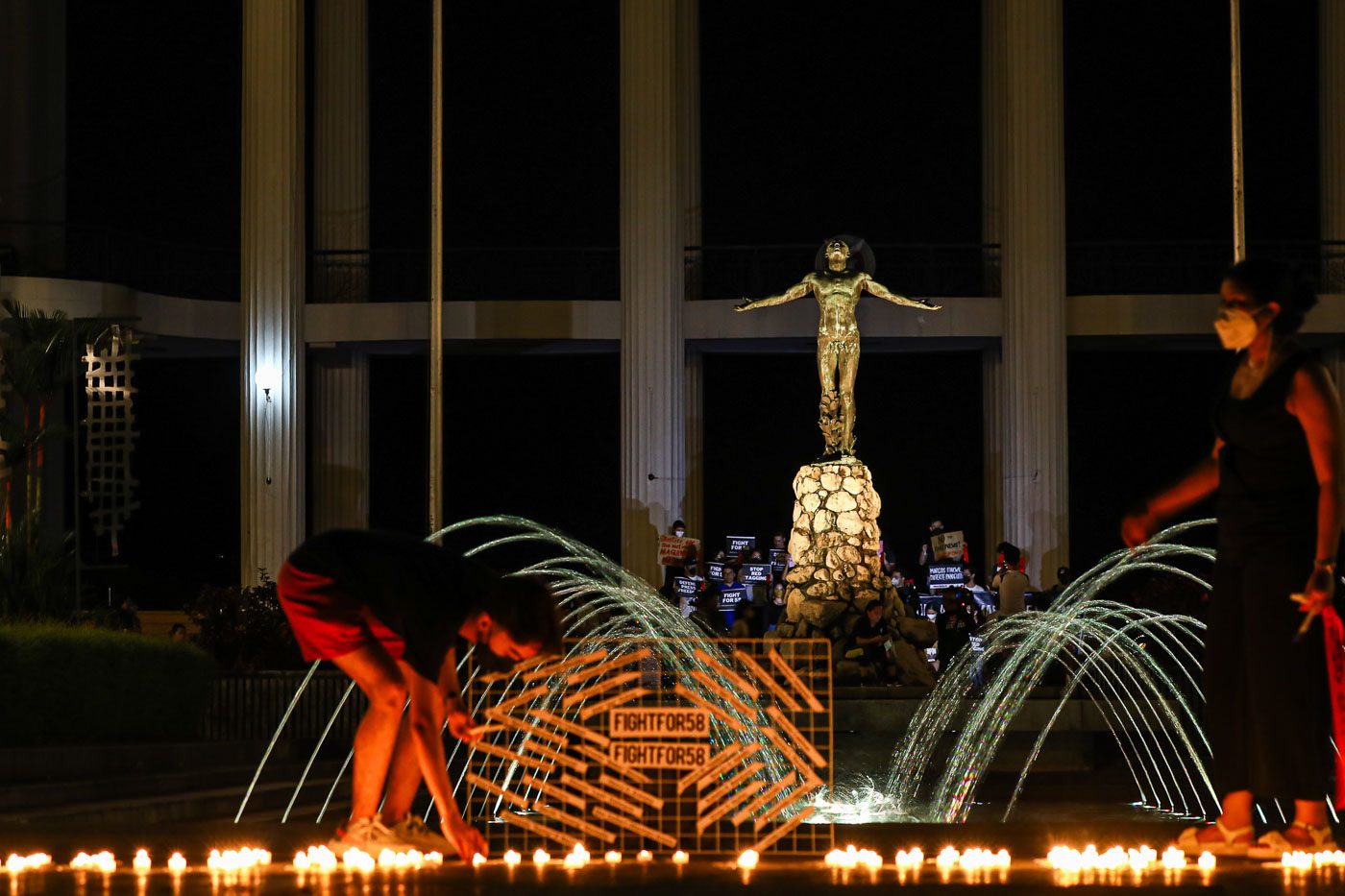 REMEMBERING. Student activists, campus journalists, and media practitioners commemorate the 13th year of the Maguindanao Massacre with a protest and candle-lighting event at the University of the Philippines in Quezon City on November 23, 2022.

MANILA, Philippines – Press freedom advocates renewed their call to repeal the Executive Order (EO) No. 546 signed by former president Gloria Macapagal Arroyo over a decade ago but continued to foment threats against journalists.

(That executive order was used as a cover by political warlords to justify why they have private armies. They are called paramilitaries, which seek to help the Armed Forces of the Philippines or the PNP on counterinsurgency operations.) 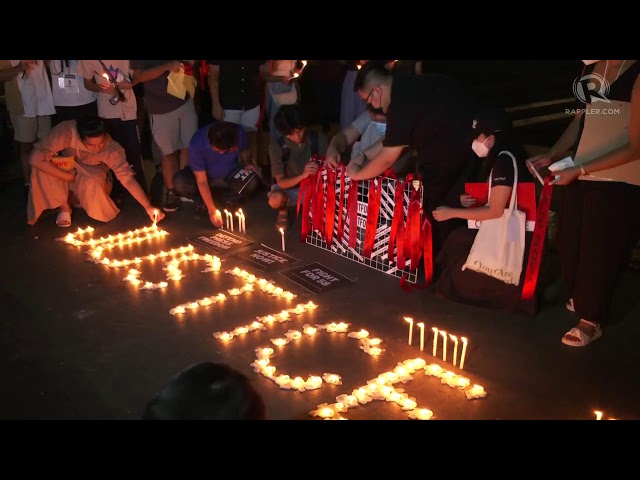 The EO in question was signed by Arroyo that directed the PNP to support the military on internal security efforts, specifically on the problems with insurgency. Arroyo’s EO enabled local officials to arm civilian volunteers to take part in the fight against communist rebels.

Section 2 of the order said: “In the exercise of its responsibility, subject to the concurrence of the appropriate Local Chief Executive through the Local Peace and Order Council, the PNP is hereby authorized to deputize the barangay tanods as force multipliers in the implementation of the peace and order plan in the area.”

Journalism Studies Association of the Philippines trustee Jamal Ashley Abbas said the EO was used by the Ampatuans to further strengthen their power in Mindanao. At least five Ampatuans – Datu Andal Jr.,  Zaldy, Anwar Sr. and two others – were convicted for the death of 57 people in the massacre.

Zarate, a lawyer and former NUJP member, said they have been calling for the repeal of the executive order for years.

“Matagal na naming pinanawagan dahil no’ng mangyari ‘yong Ampatuan massacre, ‘yan ‘yong isang nakitang dahilan. At sa panahon pa ni Gloria, pinanawagan na. Sabi nila, ‘i-review, i-review, i-review’ (We have been calling to repeal the order because when the Ampatuan massacre happened, that’s what we saw as one of the reasons. Since Gloria’s time, we’ve been requesting that. They told us they will have it reviewed),” the former Makabayan lawmaker told Rappler.

Zarate said during their time in the lower chamber, they tried to encourage the executive department to review and repeal the order. He added it would be harder to mobilize the legislative given the political context of other lawmakers.

NUJP secretary general and Bulatlat managing editor Len Olea added that the NUJP also calls to repeal the EO, adding that the order has been affecting journalists especially those in the countryside.

(Our colleagues in the media, especially those in the provinces, have been experiencing various forms of harassment from politicians. Private armies are among the contributors on the level of impunity in our country.)

Led by the NUJP, various student organizations and press freedom advocates trooped to Quezon Hall in UP Diliman to hold a protest commemorating the gruesome massacre. The participants lighted up candles in honor of the slain media workers.

Accompanying these were red ribbons bearing the names of the fallen journalists.

UP College of Mass Communication Dean Fernando Paragas also read his message of solidarity for the killed media workers. He also reiterated that that the freedom of speech, expression, and of the press are guaranteed by the constitution.

(But more than this, we know that we need to dismantle warlordism, political patronage, and all the conditions that caused the gruesome massacre and empower enablers of impunity.) – Rappler.com