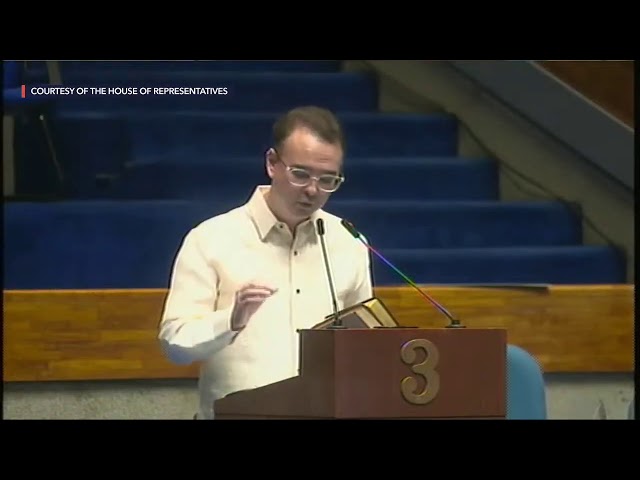 Speaker Alan Peter Cayetano on Wednesday, September 30, offered to resign from his post a day after President Rodrigo Duterte told him to honor the term-sharing deal with his rival, Marinduque Representative Lord Allan Velasco.

Taguig City-Pateros 1st District congressman made the resignation offer at the end of his privilege speech during the House plenary session on Wednesday afternoon, where he bared his version of what transpired during the meeting with Duterte and Velasco, as well as why he wanted his colleagues to decide on his “fate” as their leader. 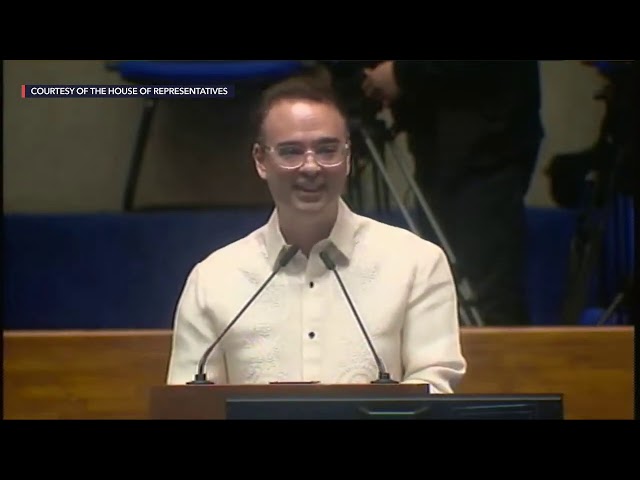 “Cong Velasco told the President that he is ready. Then I think the best time to prove it is now. Gusto mo ng (You want) September 30? Sige (Go ahead). If colleagues want you today, sige, ikaw na (okay, go ahead),” Cayetano said.

“I am offering my resignation here and now to you, my dear colleagues. My fate and the fate of the 2021 budget and leadership of the House is in your hands,” Cayetano said.

Earlier in his speech, Cayetano said that under the Constitution, one needs the majority votes of House members to be elected as Speaker.

He then took a jab at Velasco, saying his rival did not have the numbers to win. Or if he did, his speakership would be short-lived.

“So I can step aside, but I can’t guarantee he will be elected. In fact, I will make a fearless forecast: Hindi siya mananalo (He won’t win),” Cayetano said.

After Cayetano’s speech, his ally Anakalusugan Representative Mike Defensor stood up and said he could not accept the Speaker’s resignation. 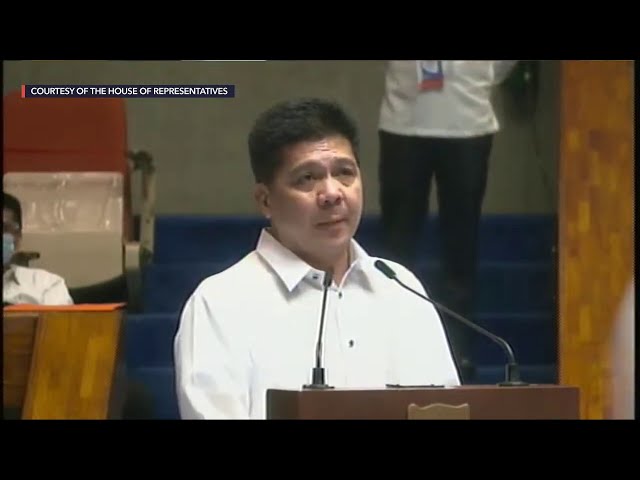 After vouching for Cayetano’s leadership in the House, Defensor moved for the plenary to reject Cayetano’s offer to resign.

This was seconded by Bulacan 1st District Representative Jose Antonio Sy-Alvarado, who is also chair of the House committee on good government and public accountability.

Deputy Speaker Raneo Abu then put up the motion to a vive voce vote, or a vote of ayes and nays. The motion to reject Cayetano’s resignation was carried.

The session was suspended to discuss this motion, and when session resumed, it was announced that nominal voting would be carried out on the rejection of Cayetano’s resignation offer.  Abu said the nominal voting had to be done to “remove doubts” on the earlier vote of the chamber.

A total of 184 lawmakers voted yes to the rejection of Cayetano’s resignation, 1 voted no, and 9 abstained.

But these proceedings are not stipulated in the official rules of the House.

Section 13, Rule III of the House rules states that leadership posts in the chamber – including that of the Speaker – are considered vacant when the officer “dies, resigns, or is permanently incapacitated, or when the House declares any office vacant.”

An Acting Speaker is then to be chosen by the Deputy Speakers among themselves. The Acting Speaker will then assume duties until a new top House leader is elected.

But in the House, whatever the plenary decides on the floor ultimately becomes part of the rules of the chamber.

Cayetano’s resignation offer comes a day after Duterte met with him, Velasco, and their respective allies in Malacañang to settle the term-sharing question in the House. Duterte told his former running mate Cayetano to honor the gentleman’s agreement and allow Velasco to take over.

Cayetano said on Wednesday that he explained to the President the importance of passing the proposed 2021 budget on time, and that Duterte repeatedly asked Velasco if he was okay with assuming the speakership in December. Velasco, however, insisted on October 14. (READ: Duterte’s word ‘worth more than 300 votes in Congress’ – Velasco ally)

Under the original deal brokered by Duterte himself, Cayetano is to serve as Speaker for the first 15 months of the 18th Congress – or until October this year – then Velasco is to take over the House leadership in the remaining 21 months.

But after meeting with the President on Tuesday night, the Cayetano and Velasco camps gave conflicting statements on when the Marinduque congressman was supposed to sit as Speaker.

Cayetano would later say in his speech that the date October 14 was Velasco’s counter-offer when the President supposedly asked the Marinduque congressman to compromise and just take over in December.

Doing so would allow Cayetano to shepherd the passage of the proposed P4.5-trillion budget for 2021, which the plenary is currently deliberating. Velasco allegedly refused.

Cayetano himself was supposed to be the one to confirm the meeting’s outcome, said Presidential Spokesperson Harry Roque. But the media received confirmation about the President’s decision before the Speaker could announce it.

A House insider told Rappler this supposedly made Cayetano “upset.” Just before the Malacañang meeting, around 200 legislators signed manifestos backing his continued speakership.

(The Speaker is upset because they agreed that he was supposed to be the one to announce when he’s stepping down. It looks like the October 14 date came from Lord Allan.)

Cayetano himself confirmed this during his privilege speech and slammed Velasco for reneging on the agreement to let him make the announcement.

Political analysts said keeping the speakership is crucial for Cayetano if he has any plans of running in the 2022 presidential elections. (READ: In House power play, Speaker Cayetano’s Palace dreams are at stake)

The inequitable distribution of the proposed 2021 budget among the legislative districts had been the root cause of the latest power struggle in the House.

The budget grumblings prompted presidential son and Deputy Speaker Paolo Duterte to threaten that he would ask the Mindanao bloc to unseat Cayetano.

The Speaker was able to make amends with Paolo Duterte, then immediately pointed his finger at his rival Velasco instead.

The lawmakers’ meeting with Duterte on Tuesday night was meant to settle the term-sharing dispute in the House once and for all.

Though Cayetano said he would not allow the House power struggle affect the 2021 budget, his own allies Defensor and Villafuerte moved to suspend plenary deliberations on the budget until Friday, October 2, to give lawmakers more time to discuss their budgetary concerns with the government agencies involved.

The plenary adopted the motion without any objections. – Rappler.com