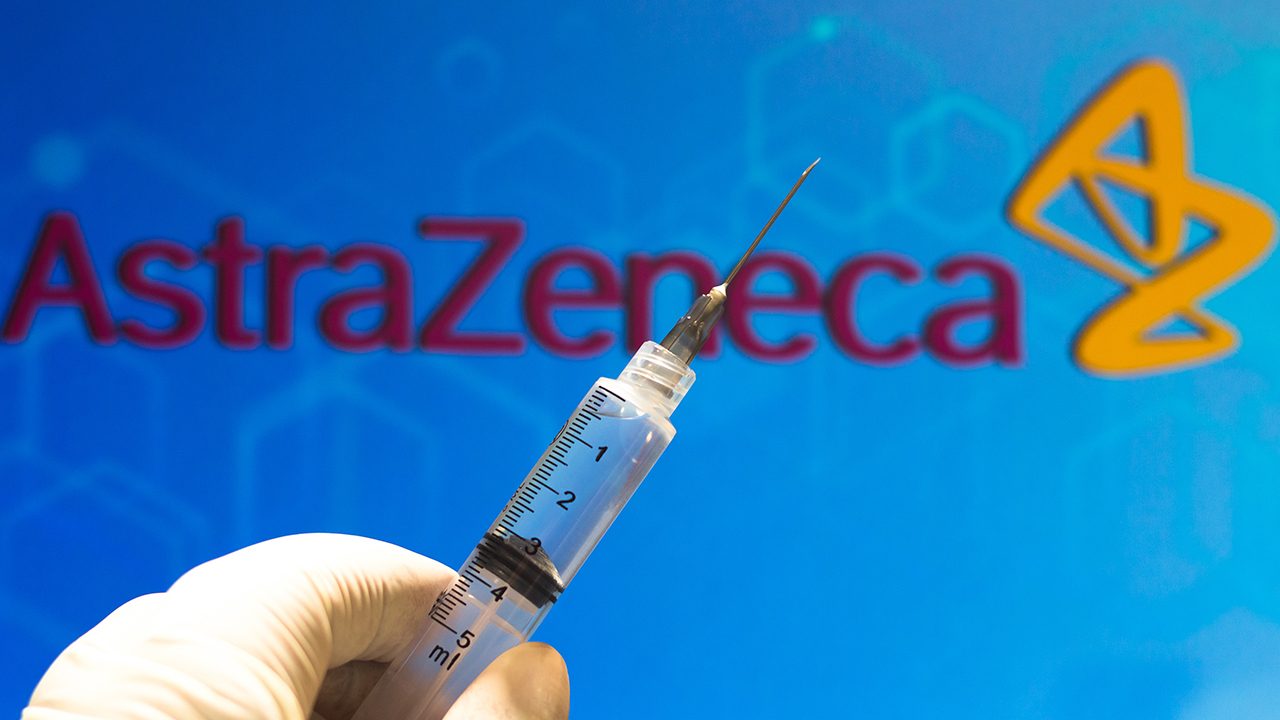 Facebook Twitter Copy URL
Copied
(UPDATED) This first shipment from the COVAX Facility, together with the earlier Sinovac doses, gives the country the ability to vaccinate over 540,000 individuals

Close to 500,000 doses of the vaccine developed by AstraZeneca and Oxford University arrived in the Philippines aboard a KLM Royal Dutch Airlines commercial plane on Thursday night, March 4.

The shipment arrived around 7:20 pm at the Ninoy Aquino International Airport (NAIA) in Metro Manila.

The vaccines were picked up from Belgium and had a stopover in Bangkok, Thailand, before heading to NAIA in Metro Manila.

President Rodrigo Duterte welcomed the shipment in a ceremony at the Villamor Air Base that was delayed because he arrived two hours late, at around 9:30 pm.

From there, the vaccines were to be brought to a warehouse of logistics company Metropac Logistics in Marikina City.

In his speech at the ceremony, Duterte thanked the COVAX Facility, United Nations International Children’s Emergency Fund, WHO, and ambassadors who made the vaccine shipment possible.

Meanwhile, WHO Representative to the Philippines Dr Dr Rabindra Abeyasinghe said the arrival of the AstraZeneca shipment is a “testament to the strength of collaboration, cooperation, and compassion.”

He also praised Duterte’s “strong leadership” amid the pandemic.

According to the National Task Force Against COVID-19, the distribution of the vaccines throughout the country will “immediately commence after repackaging.”

The smaller delivery was due to logistical and packaging constraints that came with the commercial flight, according to vaccine czar Carlito Galvez Jr.

The AstraZeneca vaccine, known as AZD1222, is a viral vector vaccine that requires two doses and can be stored in normal refrigerator temperatures (2 to 8 degrees Celsius).

It is composed of an adenovirus derived from chimpanzees and modified to train the vaccine recipient’s immune system to fight the virus that causes COVID-19.

The AstraZeneca shipment is the first shipment of vaccines from the COVAX Facility led by the World Health Organization, an initiative that ensures equitable access of COVID-19 jabs in developing countries.

The delivery came through after an expected shipment of 117,000 doses of the Pfizer-BioNTech vaccine – also secured through COVAX – did not arrive in mid-February as earlier promised by the government.

The Pfizer shots were supposed to have been the country’s first COVID-19 vaccines.

The delay was due to the country’s lack of an indemnification law, as well as disagreements over the scope of indemnity for Pfizer.

The Pfizer shots from COVAX are now expected to arrive in the 2nd quarter of 2021, or April at the earliest.

The AstraZeneca doses, along with the first shipment of Sinovac vaccines, bring the Philippines’ number of COVID-19 vaccine doses to 1,087,200.

This is good for only 543,600 individuals or 32% of the 1.7 million health workers deemed a priority of the vaccination program.

However, the Philippines is set to procure 1 million more doses of CoronaVac, the Sinovac vaccine, this month, according to Galvez. This would bring the number of doses to nearly 2.1 million or enough for 1,043,600 individuals.

The AstraZeneca doses are being eyed for elderly health workers since the Food and Drug Administration did not recommend CoronaVac for persons older than 59 years old.

However, this will still depend on the National Immunization Technical Advisory Group for COVID-19 vaccines (NITAG), the government vaccine experts crafting recommendations on how approved vaccines are to be administered.

The NITAG held a meeting earlier on Thursday to formulate such guidelines for the AstraZeneca vaccines.

As of Wednesday evening, March 3, the Philippines has vaccinated 9,077 individuals, mostly health workers in Metro Manila.