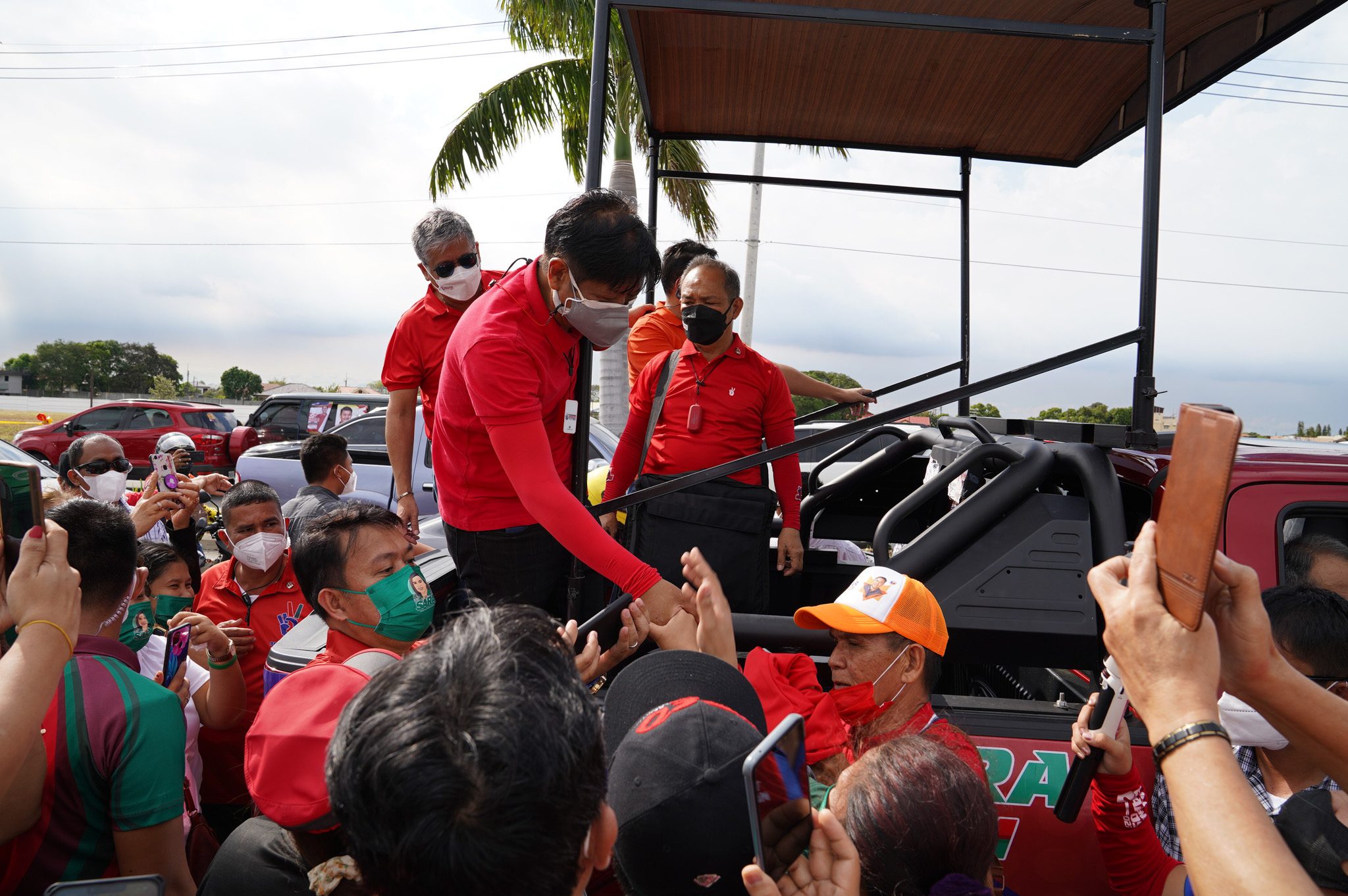 MANILA, Philippines – Two government agencies have confirmed that they have been trying to collect unpaid taxes from the heirs of the late dictator Ferdinand Marcos, which were worth P23 billion in 1997 and may have already reached P200 billion based on estimates of lawyers contesting the presidential candidacy of Ferdinand “Bongbong” Marcos Jr.

Bureau of Internal Revenue (BIR) chief Caesar Dulay said “the BIR did send a written demand to the Marcos heirs on December 2, 2021 regarding their tax liabilities,” according to a March 14 letter that the tax agency sent to Isko Moreno’s Aksyon Demokratiko party and which was shown to media on Wednesday, March 16.

The court-approved Marcos heirs are his widow Imelda Marcos and his son Marcos Jr.

Aksyon Demokratiko has been digging into the estate tax deficiency of the Marcos family, but the Marcos camp has been dodging it, prompting Aksyon to send letters to BIR and the Presidential Commission on Good Government (PCGG).

PCGG also told Moreno’s camp in a March 11 letter that “the judgment on the case had become final and executory.”

It was Marcos Jr who appealed to the Supreme Court, crying violation of due process, but he was told by justices in the decision: “The party claiming oppression then becomes the oppressor of the orderly functions of government. He who comes to court must come with clean hands. Otherwise, he not only taints his name, but ridicules the very structure of established authority.”

On Wednesday, Marcos attended the Kapihan forum and was asked to react in general to the issue of their ill-gotten wealth and this estate tax.

“In my case whatever the court orders me to do, I will do,” said Marcos.

Rappler had wanted to ask a specific question but it was not asked by the moderator.

Have they paid anything?

We wanted to ask if Marcos Jr or any of his family had paid any amount from the P23 billion as ordered by the Supreme Court in 1997.

Rappler asked Senator Imee Marcos this question on the sidelines of a Comelec press conference on Thursday, March 17, but declined to comment and said, “We are talking about the elections.”

On the sidelines of a presscon in Comelec, @newsdwight asked Senator Imee Marcos if her family has ever paid any amount from the P23 billion in estate tax as ordered by SC in 1997.

Imee Marcos: We are talking about the elections. @rapplerdotcom pic.twitter.com/tPGdZrXZB9

According to the petition to cancel Marcos’ certificate of candidacy (COC), junked by the Comelec Second Division but on appeal at the en banc, the “government consistently issued written demands to no avail.”

“The failure of the Marcos family to pay the estate taxes is to the detriment of the Filipino people…depriving the country of money properly belonging to them to the tune of approximately P203.8 billion pesos, inclusive of interest, surcharges and penalties,” said the petition.

The Marcos camp has refused to comment if this estimate is correct.

Instead, Marcos’ spokesperson Vic Rodriguez said in a statement on March 3 that the “legal issue has yet to attain finality.”

According to Rodriguez, BIR and PCGG “have arrived at an agreement for the BIR to wait for the decision of the said case before any collection enforcement activities and to establish ownership of the subject properties.”

In its reply to Moreno’s camp, PCGG said Rodriguez’s statement “may not be accurate,” asserting that the judgment had become final and executory.

As BIR itself confirmed, the last demand letter was sent December 2021. 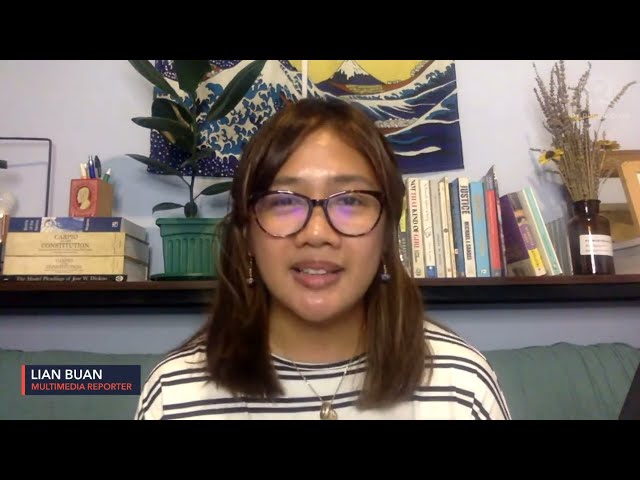 PCGG confirmed that there was indeed a verbal agreement between them and BIR way back 2003, but that’s only for properties being sequestered by the government.

“But it may not be accurate to state that the said agreement was to determine with accuracy the fair and just tax base to be used in computing estate taxes if any because as early as 1993, BIR already executed its final assessment when it levied and sold 11 real properties in Tacloban City, and as early as 1997, the judgment on the tax case had become final and executory,” said PCGG chairperson John Agbayani, and Commissioners Raymond Anthony Dilag and Rhoderick Parayno.

According to retired supreme court justice Antonio Carpio, “the assessment is already final and unappealable, regardless of any error in the computation.”

“This is like income from illegal sources like stock manipulation or theft – the income is still taxable even if later on the stock manipulator or thief is convicted and ordered to reimburse,” Carpio said.

Carpio said that PCGG’s letter to Aksyon shows that “the BIR and PCGG had no intention of suspending or delaying the collection of the estate tax.”

The agreement, Carpio said, was just for government to collect the deficient taxes on the undisputed properties first. “If the Marcoses are later declared owners of the assets in custodia legis, then the BIR will just execute on such assets,” said Carpio.

If Marcos wins as president, BIR and PCGG would be under his executive department. Would he ask these two agencies to withdraw any tax charges?

“We have a campaign to run and we have an election to win. First things first,” said Rodriguez in an interview with reporters on March 8, done on the sidelines of a campaign sortie in Bulacan. 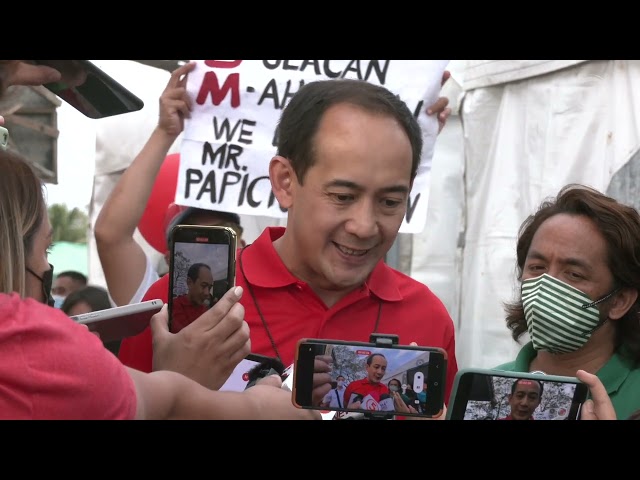 – With reports from Dwight De Leon and Pia Ranada/Rappler.com