The police are now interrogating three persons of interest (POI) who may be involved in the killing of Cebu radio commentator Renante Rey Cortes, Cebu City Police Office director Police Colonel Josefino Ligan said in a conference at the Cebu City Hall on Wednesday, August 11.

“Based on the testimonies of the witnesses and a statement from the family, it’s possible that these people were involved in what happened to the victim,” Ligan said in Cebuano.

He also confirmed that the police think Cortes’ killing could most likely be job-related due to his history of “hard-hitting commentaries.”

Authorities have requested from the Special Investigation Task Group (SITG) a cross-matching test between Cortes’ killing and a similar incident that occurred in Western Visayas, Ligan added, without discussing the other case.

The autopsy report on Cortes found two entry wounds with separate trajectories. Additionally, the ballistician found a bullet from a 5.56 high-powered firearm inside his body.

The three POIs denied involvement in the victim’s killing. Cortes was killed July 22 as he was leaving the DyRB radio station, located in Barangay Mambaling in Cebu City, at around 9 am. 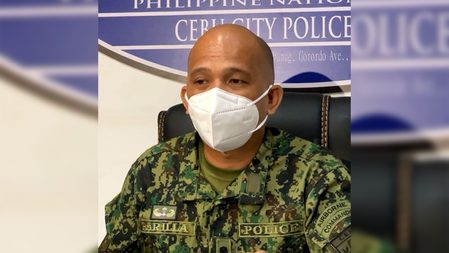 (We have invited the three, we got their statements and a follow-through is what remains. That’s why in our follow-through, they might just be eliminated (as POIs), then we go back to searching for other persons of interest) –Rappler.com