Noynoy Aquino was the uncle ‘stricter than our parents’ As an uncle, the late former president Benigno “Noynoy” Aquino III was stricter than his nephew’s parents. As a boss, he would call out even the tiniest of mistakes, but he would always make up for it by sharing his most favorite tunes with his staff and security aides.

Filipinos would most likely remember Aquino as the president who brought China to court or the leader who, against all odds in a predominantly Catholic country like the Philippines, signed the reproductive health law.

But his nephew Miguel Aquino-Abellada, son of Aquino’s sister Pinky, said his fondest memories with his late uncle were the days he spent with him inside Bahay Pangarap in Malacañang.

Abellada said that for one or two nights a week, he would have Aquino all to himself at the presidential residence, where they would listen to music and talk just about anything under the sun.

(After work, maybe after dinner time at 8 pm or 8:30 onwards until midnight, usually that’s our one-on-one time. We’ll have a sound trip or we’ll just tell stories to each other… Those are the memories that I will forever remember.)

On Friday, June 25, the scion of the Aquino clan sat down with reporters inside the Ateneo de Manila University, the alma mater of the former president where the public was allowed to pay their final respects to him.

Abellada said Aquino can be a fun uncle when it was time to play. But when he disciplines his nieces and nephews, he was even stricter than his sisters.

(Gosh, sometimes we don’t want it when he’s left to take care of us because he’s much stricter than our parents. For our parents, you just give them one call and they’re fine. For him, he wants a report every hour!) 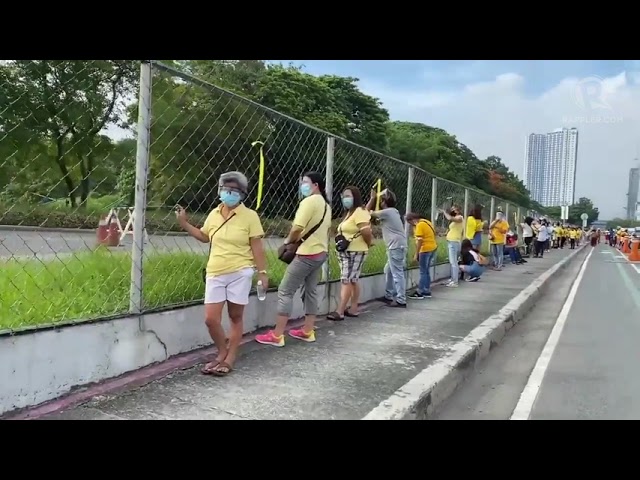 But Abellada knew his uncle was just watching out for them. He recalled that in 1987, a younger Noynoy was fired at when some members of the military tried to stage a coup against the family matriarch, then-president Corazon Aquino. One bullet had been embedded in Aquino’s neck.

(He’s quite paranoid perhaps because of what he went through in life. He’s just very careful and paranoid when it come sto the security and welfare of his loved ones. )

Aquino’s passing on Thursday, June 24 – the official cause of death was renal disease secondary to diabetes – caught his family and friends by surprise. He had been suffering due to various illnesses for two years, but none expected he would go the way he did.

The signs were there

The last time Abellada saw his uncle was Father’s Day on Sunday, June 20.

Aquino, the first president who entered Malacañang as a bachelor, did not have kids of his own, so he grew quite close to his nieces and nephews.

Abellada said he and his parents ate lunch with Aquino, whom he said supposedly did not show any signs he would leave them less than a week later.

Aquino had his longtime personal chef Yoly cook them Chinese dumplings, a replica of the dimsum he used to enjoy so much back in Malacañang.

Abellada said his uncle was bubbly during the meal. But after two hours, Aquino had to excuse himself. He told his family he was tired from having to endure dialysis three times a week.

“Sabi ‘nya it was taxing also on the body. And after two hours or one and a half nung lunch namin, sabi nya, ‘Pasensya na, pagod na ko. I need to go back to my room and lie down,’’ recalled Abellada.

(He said it was taxing also on the body. After two hours or one and a half hours of our lunch, he said, ‘I’m sorry, I’m tried. I need to go back to my room and lie down.) 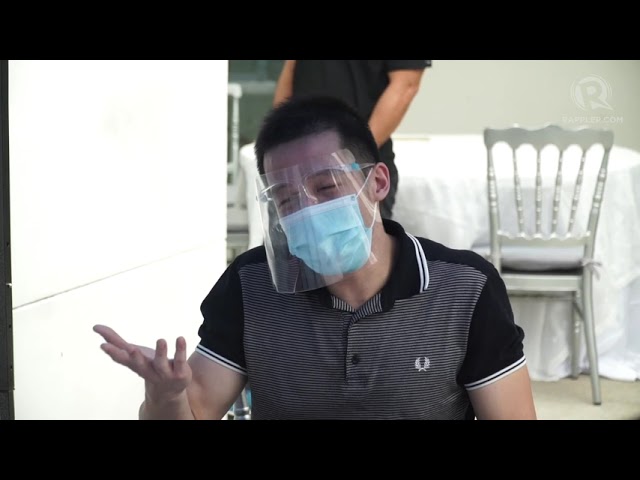 ‘I’m closer to him than to my father’

Though the last time Casimiro personally visited his boss was in November 2020, he regularly kept in touch with Aquino. In fact, Aquino had last texted him on Saturday, June 19, because the late president needed help looking for some vintage speakers.

It was Aquino’s cook Yoly who confirmed the president’s passing to Casimiro. She cried, Casimiro didn’t. He still had a job to do.

Perhaps knowing his ailments would eventually catch up with him someday, Aquino previously gave Casimiro a list of former Cabinet officials he should contact should anything happen to him. And that’s what Casimiro did.

He said he would always associate Aquino to music, because the former president often invited him to his music room so they could listen to a song or two. Whenever Aquino would scold some of his staff, he would later ask them join him in his music room too, as a way to unwind.

Casimiro said he has a song for every major phase in Aquino’s life. When Aquino faced multiple cases and congressional hearings about the Dengvaxia scandal post-presidency, Casimiro said the president repeatedly listened to “Here’s to Life” by Jacintha. 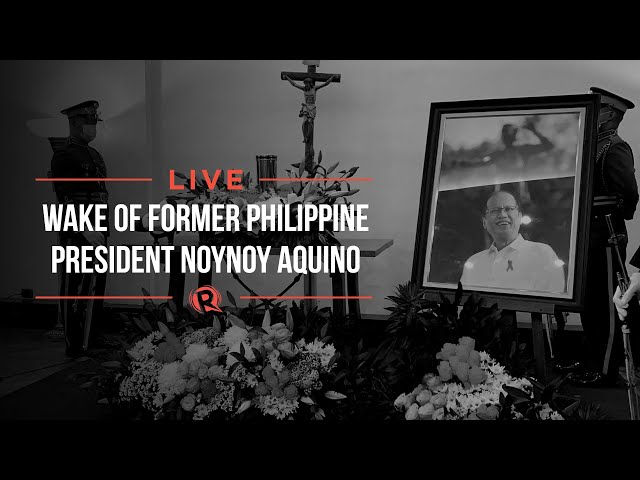 Short of saying Aquino was like a father to him, Casimiro said he went to his boss for advice during the most important points of his life, like his engagement to his longtime girlfriend.

“We could talk about anything talaga eh, as in anything, anything! Lahat ng major life decisions ko, sa kanya ko unang sinabi. I’m closer to him than to my father,” said Casimiro.

(We could talk about anything, as in anything, anything! He was the first person to know about my major life decisions. I’m closer to him than to my father.)

Sitting outside the Church of the Gesù in the Ateneo on Friday, Casimiro said he was not sure when the reality of his boss’ passing would sink in.

Perhaps the sad truth would hit him when his boss’ name would no longer appear on his phone.

“There’s only one number in my phone book that bypasses all the rings and alarms; it’s him. Not even my wife,” said Casimiro with a pause.