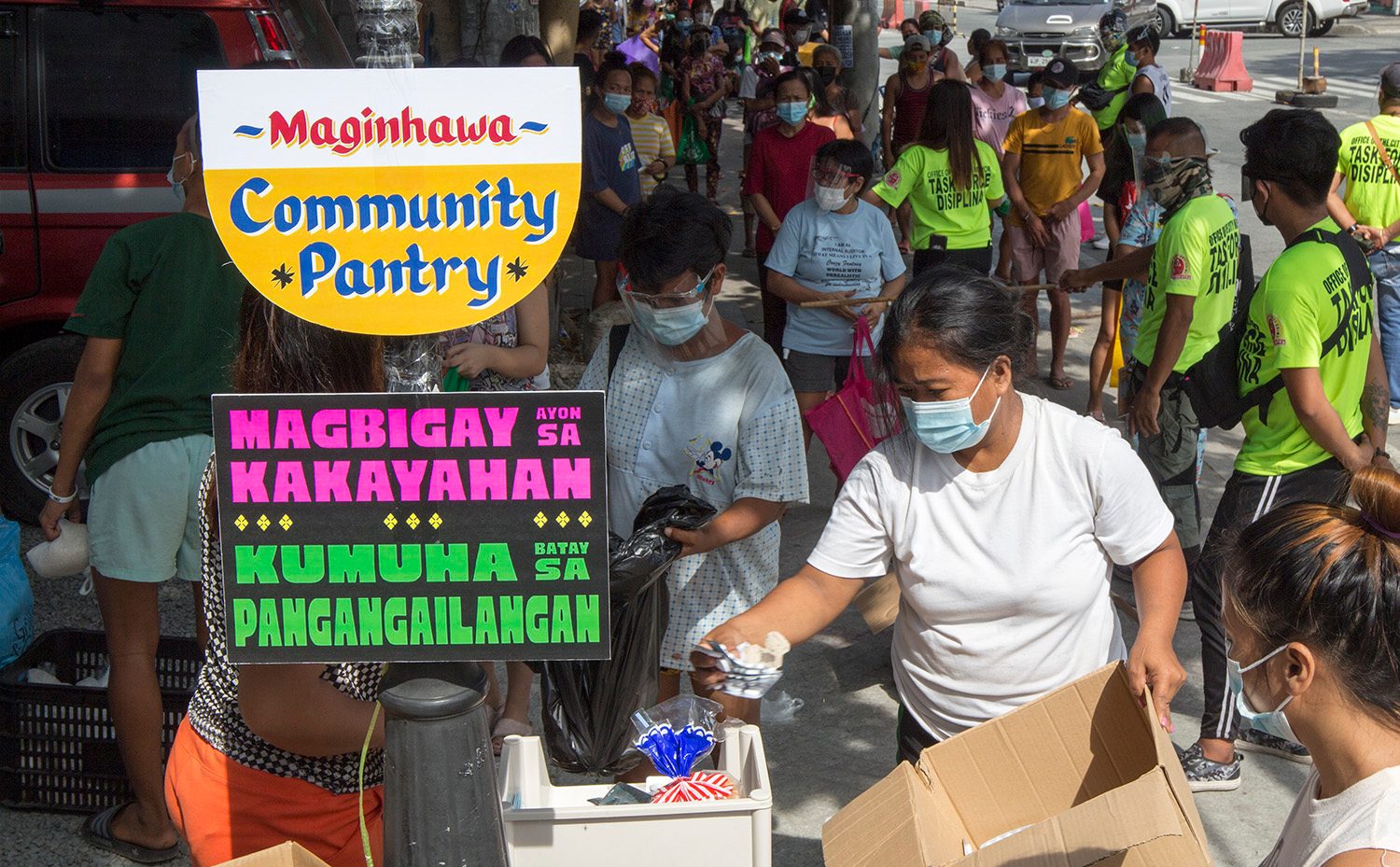 Hundreds queue on Sunday, April 18, 2021 along Maginhawa St. in Quezon City for free food items given from Maginhawa Community Pantry owned by a private citizen aiming to help the needy during the pandemic.

Facebook Twitter Copy URL
Copied
In a statement, police deny the allegations of interference and red-tagging of the community pantries

Since last week, community pantries have sprouted across the country, signifying the “bayanihan” spirit of the Filipino. However, in only a matter of days, this initiative is now facing threats of red-tagging. 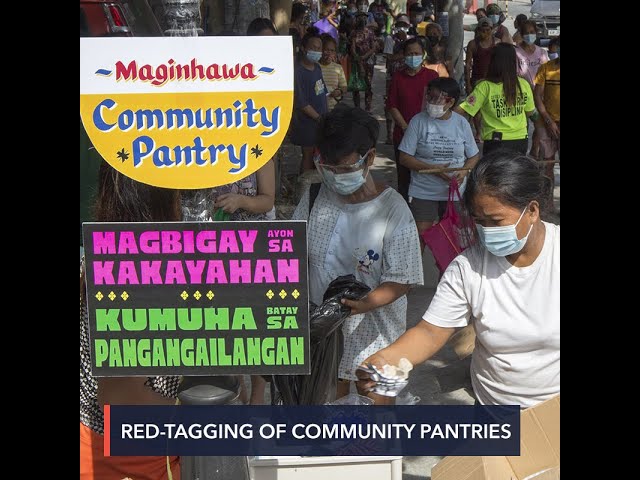 In a Facebook post of Peace Philippines, a youth led organization claiming to be advocating for peace, community pantries were labeled as a weapon of the communists to recruit members.

It also said that Tulong Kabataan, one of the organizations behind the initiative, is said to be a front of the Communist Party of the Philippines (CPP).

However, Tulong Kabataan is actually the relief and rehabilitation network of the Kabataan Partylist that helps victims of natural disasters. Kabataan Partylist is a legal organization that has been serving in Congress and fights for the rights of the Filipino youth.

The task force is led by the Armed Forces of the Philippines Southern Luzon Command (Solcom) Commander Lieutenant General Antonio Parlade, who has a history of indiscriminate red-tagging.

The post is also shared by at least 8 other Facebook pages and profiles allegedly linked to the police.

On April 14, Patreng Non initiated a program called the community pantry, where people can donate and take food supplies and other needs to help fellow citizens. The project has since gone viral and was replicated in many places from Luzon to Mindanao.

In a statement sent to the reporters, the Philippine National Police (PNP) denied the allegations of interference and red-tagging of the pantries.

“We are aware of the activities of these community pantries as an expression of Bayanihan spirit, but we have no intention to interfere but to serve the best interest of law and order and public safety in such public activities,” PNP chief Police General Debold Sinas said.

The police also mentioned that in 2020, it did not interfere with a similar project initiated by some farmers.

“Similarly, police did not interfere with these activities rather extended utmost assistance to ensure orderly distribution to the needy,” Sinas added.

On April 19, a community pantry organizer shared a photo of a form from the police allegedly profiling her. The social media user has deleted the post and declined to be quoted.

PNP denied that they ordered the profiling and said it is beyond their interest to do such a thing.

“There is no order from the National Headquarters to conduct any form of profiling of organizers of community pantries. It is beyond the interest of the PNP to delve into purely voluntary personal activities of private citizens,” Sinas said.

In a statement, the National Privacy Commission (NPC) reminded the PNP that data collection shall be made in accordance with the law.

“Today, we call on again the attention of the PNP Data Protection Office to look into these reports and take appropriate measures to prevent any doings of its personnel on the ground that could potentially harm the citizens and violate rights,” NPC Commissioner Raymund Liboro said.

The National Union of Peoples’ Lawyers (NUPL) reminded the public that they have no obligation to follow the orders of the police in alleged profiling.

“There is no legal obligation or requirement to accomplish such forms. You have the right to – nicely but firmly – decline. There is no applicable law or ordinance authorizing it. As a matter of fact, it is in violation of basic constitutional rights,” NUPL President Edre Olalia said in a statement. – Rappler.com